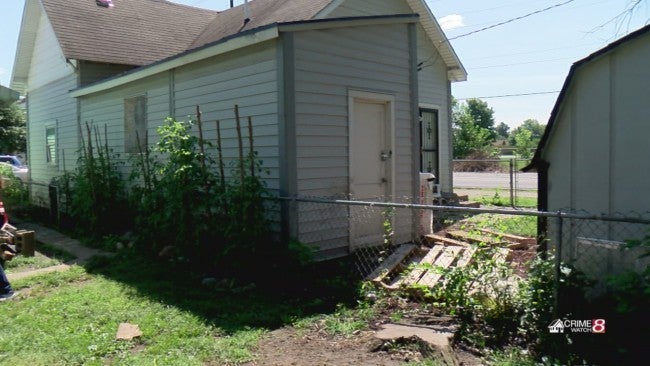 INDIANAPOLIS (WISH) — A woman narrowly escaped an attacker that beat her at gunpoint, according to the Indianapolis Metropolitan Police Department.

It happened Thursday morning in the 400 block of Haugh Street, just west of downtown.

Guadalupe Perez, 27, was home alone when she heard a knock at the door. She answered and immediately, according to police, the attack began. Police say the suspect pushed Perez back into her home and punched her in the face.

“He dragged her really hard by the hair. She said she lost a lot of hair from him just yanking it from her,” said neighbor Paulina Rosales.

Rosales says she’s close to her neighbors. In fact, her mother-in-law, Lucila Alcauter, lives right across the street, which is right next door to the victim.

Perez managed to escape out of her back door. She made her way to Alcauter’s door. Alcauter says she was pounding so hard that she was frightened to open it, but she’s grateful that she did.

Rosales translates for Alcauter, “She heard somebody screaming, ‘Hey it’s me, your neighbor.’ She couldn’t recognize her face because of all the blood that was on her face.”

Rosales added, “You can see her face completely swollen. You could see the blood that was still from there. She got a staple on her head from where he hit her with the gun.”

Inside the safety of Alcauter’s home, they called 911 and Perez was taken to an area hospital.

“I don’t know how she got out of there. Most of us would be scared or not even know what to do or just wait for them to leave, but she made it out,” said Rosales.

The suspect was able to get away with 2 laptops. According to Rosales, he also took the victim’s keys and cell phone and told her that she was not going to escape to get help.

Neighbors say Perez did not know the suspect.

The suspect is still at large. If you have any information that could help police in this investigation, call Crime Stoppers at 262-TIPS.