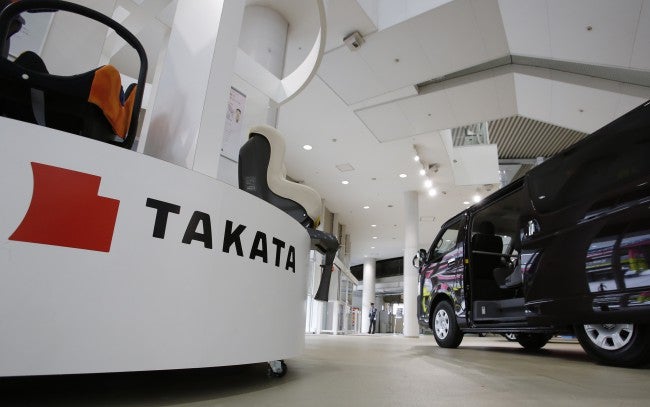 INDIANAPOLIS (WISH) – The federal government is now involved in the largest auto recall in history where 34,000,000 vehicles could be impacted.

This is after Takata nearly doubled the number of airbags it said could have been faulty.

There have been at least five deaths tied to the airbags, and it’s leaving those in the auto industry with questions on how they’re going to deal with it.

“I’ve never seen a recall of this magnitude, especially across the board. I mean you’re talking eleven different manufacturers,” said Russ Dillard of Beck’s Service Center on the city’s south side.

The recall involves cars manufactured between 2000 and 2011. The National Highway Traffic Safety Administration (NHTSA) said there is a one in seven chance of a car on the road being included in the recall.

The airbags, manufactured by Takata have exploded and sent shrapnel flying. At least 100 people have been injured.

“The airbag exploded and sent a three and a half inch piece of steel into his face taking out one of his eyes. Now he’s badly disfigured, unfortunately,” said Rich Newsome, the attorney for Corey Burdick, a Florida man who claimed he was injured by an exploding airbag.

The NHTSA said automakers have 60 days to notify owners if their car is impacted. Consumers can click here and enter the vehicle’s 17 character vehicle identification number (VIN)

If the vehicle is included in the list, it can not be repaired by a personal mechanic.

“They want to make sure that their database is all square. In other words, if this vehicle was under recall, they want to see it at a Jeep dealership so that they can track this vehicle and know that the repair has been done,” said Dillard.

Dillard said one of the other major problems Takata and car manufactures will have is finding the cars.

“This started in 2000 with this problem. Some of those cars have been sold two or three times since then, so finding those cars and their owners is going to be quite a task,” said Dillard.