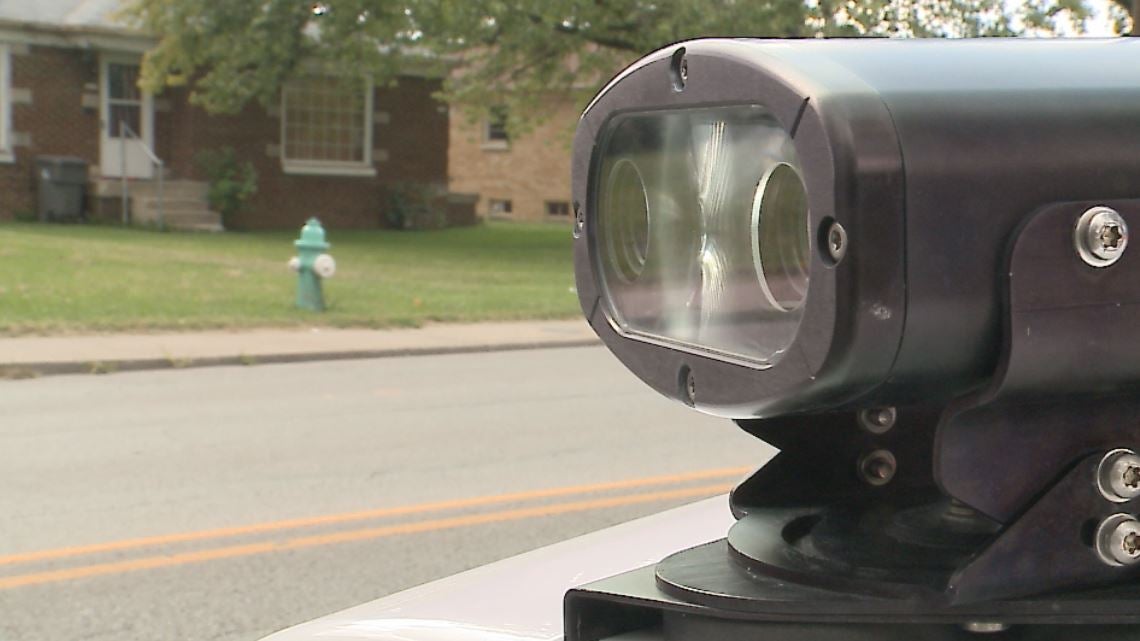 INDIANAPOLIS (WISH) – Investigators say a piece of technology that helped police catch the man accused of killing a Virginia news crew and shooting another person on live television is also being used here in central Indiana.

When a police officer pulls up behind us, there’s a chance they might run our plates.

But a trooper today said that technology takes that to a level no human can possibly reach in a typical work day.

If Trooper Walter Butt’s squad car was a tool box, then items surrounding his seat are his tools. “Probably the most important tool is the radio,” he said.

Next would be his computer then of course his weapons. But perched on his trunk are a set of digital eyes that only he and two other troopers have.

There are two forward facing cameras and one rear facing camera which work as license plate readers, scanning them as each vehicle passes by in either direction.

“Over a course of an eight and a half hour shift, it can scan on average anywhere from 2,000 to 4,000 (plates),” he said. Without them, he said he would only be able to scan about 50 plates manually and wait until he’s stopped at a light.

“As long as (the camera) sees it, it can read it, doesn’t really matter the speed that it’s going,” he said. Butt said he was going 100 miles per hour on a highway once and the reader was still picking up plates.

And on a highway in Virginia is exactly where plate readers came in handy. The cameras were on a state troopers car and spotted the vehicle driven by Vester Flanagan, the man accused of shooting and killing WDBJ reporter Alison Park and photographer Adam Ward, and injuring Virginia Gardner, the woman they were interviewing.

Trooper Butt said he’s never had a stop of that magnitude.but knows that can change with each car that passes by.

“Look at all those possible infractions, possible crimes that I could have missed without (the cameras),” he said. “If the departments or the city could afford it I believe every vehicle should have it on there.”

He said they cost about $20,000 and that doesn’t include the maintenance and software fees.

But he said the results they produce are getting around that problem.

Trooper Butt said another trooper turned in her statistics gathered from the plate reader on her car to the Indiana State Police superintendent.