Teen to be charged as adult in fatal Hancock County crash 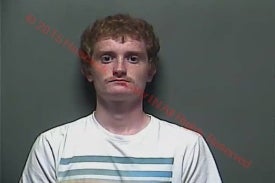 GREENFIELD, Ind. (WISH) — A New Palestine teen will be charged as an adult after police say he killed a bicyclist while driving drunk.

The Greenfield Reporter reports that Timothy Hughes will be charged as an adult after allegedly striking two cyclists on August 11.

Hughes is being held on $20,000 bond in the Hancock County Jail.

He is set to appear in court on October 15.