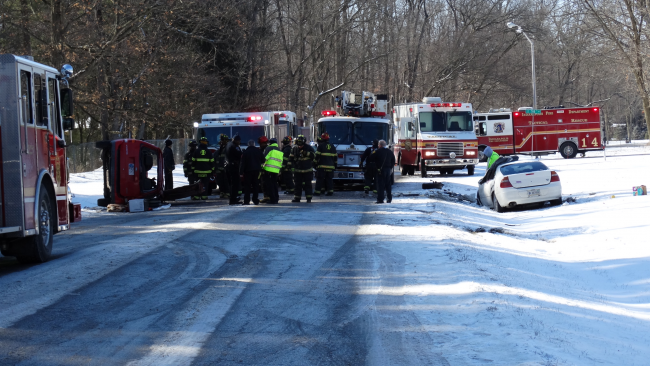 Indianapolis Metropolitan Police were dispatched to the scene of a car accident at 11:32 a.m. on Kessler Boulevard on Feb. 5.

According to police, an eastbound van carrying a driver and passenger swerved into the westbound lane, crashing into an oncoming car carrying one driver.

The two drivers and one passenger were reportedly taken to St. Vincent Hospital – Indianapolis. Their condition was not released.

Police are still investigating the cause of the accident.