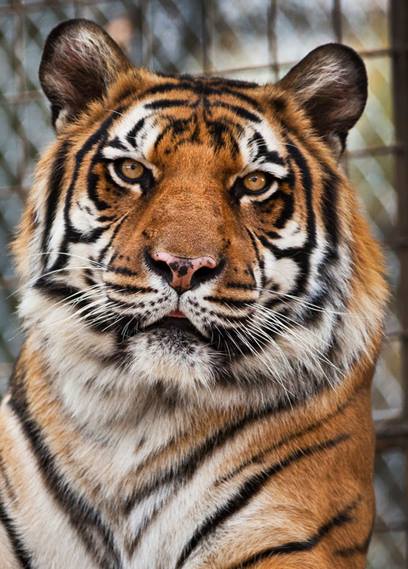 Delilah passed away overnight inside her den after a brief illness, the sanctuary wrote in a Facebook post. The 20-year-old tiger had been under watch over the weekend and was seen by a veterinarian Sunday evening. Black Pine wrote in the post that Delilah was being treated for pain and had a full examination scheduled for Wednesday “if the elderly cat rallied enough to do so safely.”

“Diffuse lymphoma, a cancer that attacks the production of white blood cells responsible for producing antibodies, was evident, found on the cat’s spleen, throughout her intestines, and likely had spread to other organs as well though no further exploration was deemed necessary,” the Facebook post said. “This ailment would have not been confirmed through blood tests, and at her advanced age was not treatable.”

Delilah came to Black Pine in 2012 along with tigers Sammie, Taz and Ticha from Tiger Paw Rescue Center in Ohio. She was a “photo prop for profit” in her youth, the sanctuary wrote.

Black Pine said its Turkey Day event on Saturday would be dedicated to Delilah.