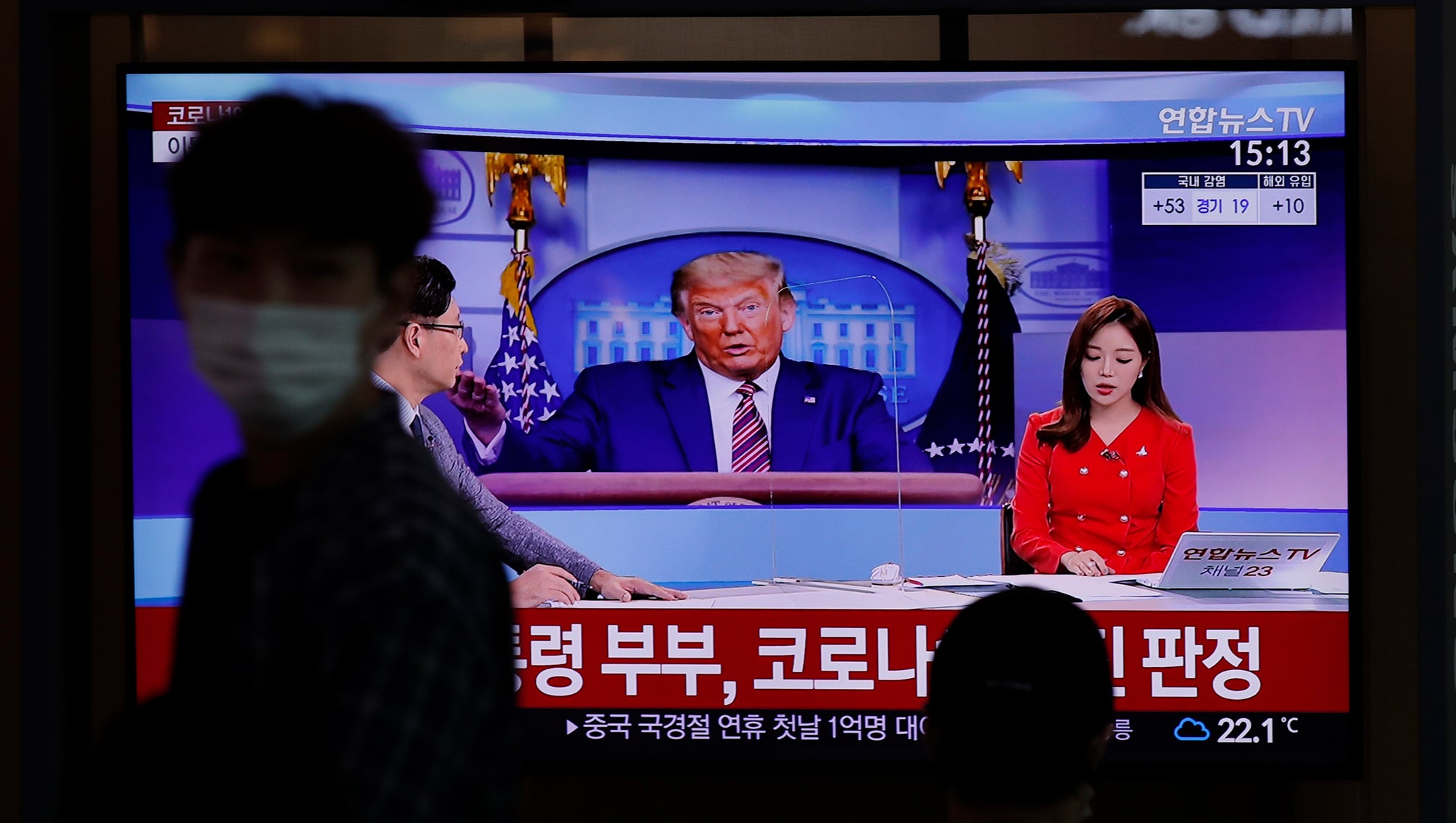 (CNN) — News that President Donald Trump has been infected with a virus that’s killed more than 200,000 of his fellow Americans has further unsettled investors and business leaders who were already on edge ahead of the November election.

It’s a truism that investors hate uncertainty. But this year had been unusually chaotic, even before the leader of the world’s largest economy and his wife tested positive for COVID-19. The diagnosis deals a new psychological blow to a recovery that was already losing steam. Lack of certainty could be just as damaging economically as anything else this year.

The data: An index published by the Federal Reserve Bank of St. Louis that tracks economic policy uncertainty spiked to record highs in May as the pandemic rampaged across the United States. The index, which is based on newspaper stories that discuss uncertainty, changes to the tax code and disagreement among forecasters, has been elevated for most of the year. Not even the global financial crisis produced as much uncertainty.

“Every uncertainty measure we consider rose sharply in the wake of the COVID-19 pandemic. Most measures reached all-time peaks,” the group of economists who created the index wrote in a working paper published by the National Bureau of Economic Research in June.

The researchers estimated in April that half of the expected economic contraction caused by the pandemic would result from increased uncertainty.

How that happens: It’s been clear for a while that 2020 will go down as an extraordinarily unsettled year. But the level of uncertainty really matters for companies, workers and investors.

When faced with uncertainty, consumers usually spend less and save more. Companies cut back on production, investment and hiring. Financial markets become more volatile and increasingly difficult to trade.

That’s primarily because uncertainty clouds the future. Imagine, for example, a small business owner or CEO who needs to decide whether to install a new production line. Doing so means spending money that won’t be recovered if the project is never completed — giving the owner a very good reason to wait for greater clarity.

The situation now: The coronavirus remains a potent threat across much of the world outside China, and the US election looms as another source of uncertainty. Before he tested positive for COVID-19, Trump refused to guarantee a peaceful transition of power, threatening a contested election and potential constitutional crisis without historical precedent.

“The news that President Trump and the First Lady have tested positive for COVID-19 has brought the pandemic back to the forefront of market attention and raised a lot of questions, with few immediate answers, ahead of next month’s election,” Societe Generale strategist Kit Juckes said Friday.

“By now we understand that this virus affects most people mildly and a small minority very severely … However, the path of the election campaign will inevitably change and uncertainty has obviously increased,” he added.

Case study: Want an example of how uncertainty harms an economy? Look no further than the United Kingdom.

Four years after Britain voted to leave the European Union, the country is still negotiating a Brexit trade deal with its largest export market. Talks have so far failed to achieve a breakthrough on two key sticking points: fishing rights and rules on government aid to companies.

The coming weeks will be crucial. Having a new deal with the European Union would help limit further damage to businesses as they desperately attempt to recover from the pandemic, which caused UK GDP to crash by 20% in the second quarter.

But years of uncertainty have already done significant damage to the country’s economy. GDP growth in the three years after the June 2016 Brexit referendum slowed by nearly one full percentage point to 1.6% as business investment stagnated, according to analysts at Berenberg.

The US jobs recovery is losing momentum fast

The US jobs recovery is running out of steam.

The economy added 661,000 jobs in September, the Bureau of Labor Statistics said on Friday. The unemployment rate stood at 7.9%.

Not great: Job growth slowed significantly from the 1.5 million jobs added in August. The figure for July was 1.8 million.

And even though the economy added back more than 1 million jobs every month between May and August, recovering just over half the jobs lost, the country is still down 10.7 million jobs since February, before COVID-19 hit. And the number of jobs lost permanently continues to rise.

“More than 12.6 million Americans remain out of work as COVID-19 rages on, while in other pockets of the economy employers added millions of new jobs,” he said.

With updated information from the Indiana Department of Health through Oct. 27, this timeline reflects updated tallies of deaths and positive tests prior to that date.