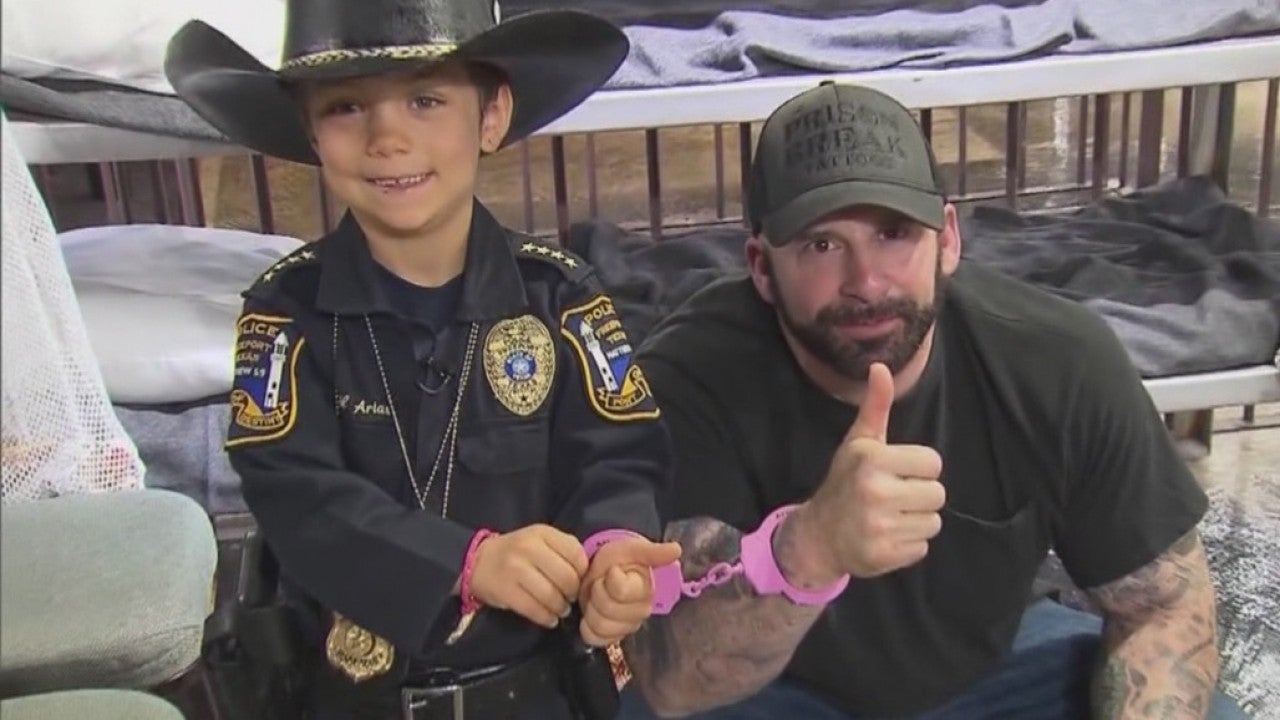 FREEPORT, Texas (CNN) — Police in Texas made 6-year-old Abigail Arias’ dream come true recently by swearing her in as a police officer.

Abigail has terminal cancer and recent updates from her family show that her condition is progressing.

The little girl’s uncle is honoring her brave fight with a special gift.

“The tattoo I’m getting is the Freeport Police Department badge,” explained Rommel Arias.

Rommel wants to always carry the shield of his hero, a Freeport, Texas police officer with badge number 758 who is on a mission to fight the bad guys.

“I wanted to put that 758 that’s her actual badge number and it’s actually in her handwriting,” explained Rommel.

Abigail was sworn in as a police officer by Chief Raymond Garivey back in February.

“You couldn’t have picked a better role model to put on that uniform and represent law enforcement and in general, first responders,” explained Freeport Police Chief Raymond Garivey.

Bryan Klevens is the owner of Prison Break Tattoos. He calls the business a safe haven, saying he’s seen it all, but the recent work of art for Rommel left him in tears.

“Never in my six years have I had someone come in to memorialize a child that’s still here with us. Something is giving her strength,” explained Klevens. “We have to pray that she beats this.”