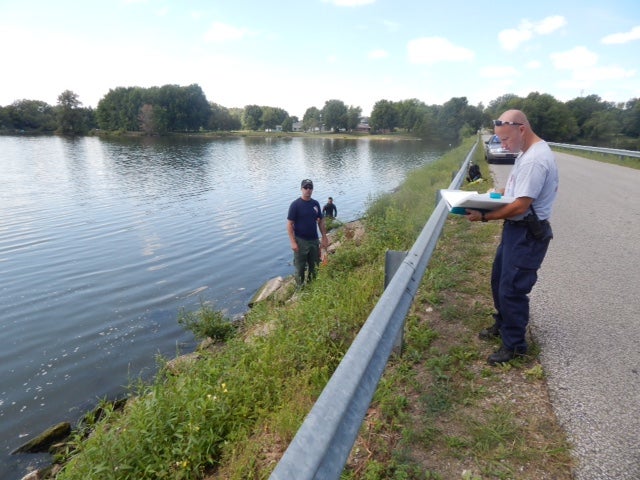 SULLIVAN COUNTY, Ind. (WTHI) – After a two day search at a lake in Sullivan County, Indiana State Police divers were able to locate a cell phone that belonged to Tiffanie Adams.

On Dec. 30, officials responded to the area of a field just east of County Road 325 East just north of County Road 300 North where a farmer had found a body. It was determined by using dental records the remains were that of Tiffanie Adams.

The official cause of death was released to be strangulation. “Strong evidence to believe Tiffanie Adams was killed on Nov. 5,” Cottom released in the press conference. He also stated Tiffanie was in the company of Johnus Orr on Nov. 5. Orr was arrested in January and charged with two counts of murder – one for the death of Tiffanie and one for the death of her unborn son.

It was on Thursday, Aug. 27, that officials found the cellphone in a lake along County Road 300 North – which was within two miles of where Tiffanie’s body was found.

Sullivan County Sheriff Clark Cottom told News 10 that this was the first time a water search had been conducted.

According to police, Orr allegedly used Tiffanie’s phone to text his wife, just before the murder.

Police believe Tiffanie placed distress this same phone a short time later, as she was being attacked.

Cottom specifically stated that this was a very important break in this case.