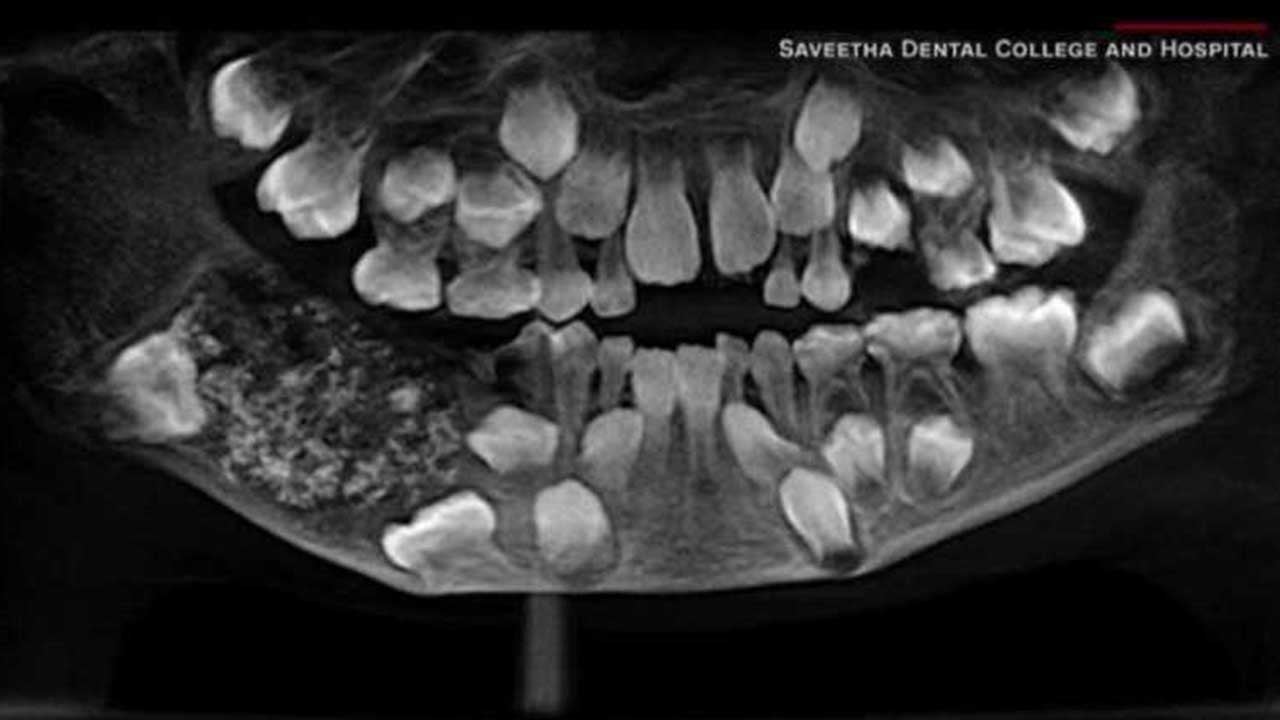 A 7-year-old boy in India complaining of jaw pain had 526 teeth removed from his mouth.

The boy was admitted last month in the southern city of Chennai because of swelling and pain near his molars in his lower right jaw, according to CNN.

Doctors took some X-rays and CT scans and that’s when they found all the teeth.

They were in a bag-like tissue and it took doctors nearly two hours to take it out and then another five hours to take all the teeth out.

Doctors are a bit stumped how something like this could happen, but their best guess is either genetic or environmental.

The little boy was released from the hospital after three days and is expected to make a full recovery.

He is doing fine after the procedure.