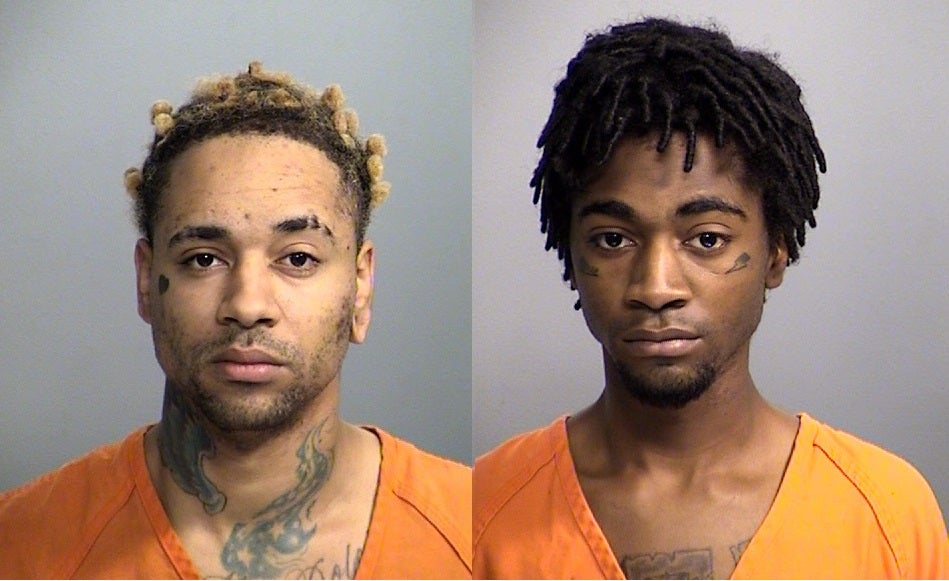 Marquis Cracraft, 24, and Kalee England, 22, were each charged with two counts of murder and a count of battery by means of deadly weapon in Marion Superior Court, Criminal Division 5, court records show.

Indianapolis Metropolitan Police Department officers were called to a disturbance shortly before 5 p.m. Sunday to the 1800 block of Cottage Avenue. Court records show multiple calls to the neighborhood that’s about a mile east of the south split of interstates 65 and 70.

Police quickly learned the disturbance had turned to gunfire.

William Koenig III, 32, and Eric Hoffman, 21, died of homicide with multiple gunshot wounds to their torsos, the Marion County Coroner’s Office said, according to court documents. Police also found gunshots to the stomach area had injured Jessica Smith, who was 9 months pregnant. Smith and her child survived the shooting.

In an interview with police, Cracraft admitted to shooting all three — people he said he did not known by name, but only as neighbors. Cracraft told police that Koenig had asked who had killed his dog, and Marquis told Koenig his brother Kalee England had shot the animal.

After talking to Koenig, Cracraft told police that he called his brother England on a cellphone and said the neighbor was outside with a gun threatening to shoot the house and cars belonging to England in retribution of the shooting of the dog two days earlier.

The video was collected from a DVR within the victims’ home, which was next door to the home of Cracraft and England, court documents said.

“The video displayed a different version from both Kalee’s and Marquis’s statements,” an IMPD detective said in court documents. “The video does show William Koenig getting out of his car with a gun in his hand while approaching his own house. William displays the handgun in the air while waiving (sic) with his other hand at Marquis and possible Kalee. … It appears that William was making it very clear that he was dis-arming (sic) himself, then placed the handgun on his front porch. William crossed into Kalee’s and Marquis’s front yard and began assaulting Kalee. Marquis was standing next to them as they fount according to the video.”

But Cracraft did eventually get involved in the fight, the video showed.

“It was at that time Eric Hoffman is seen on video grabbing the gun off William’s front porch, then walking towards the fight in Kalee’s and Marquis’s front yard,” the investigator said in court documents. “Marquis appears to have pulled a handgun out of Kalee’s pocket as the two were wrestling on the ground. Eric turned back around, went back to the front porch and gave the handgun to Jessica Smith. Eric went back next door to the fight and punched Marquis in the face. Marquis quickly got up and shot Eric, then he shot William.

“Next, the video showed Jessica running towards the altercation with a handgun in her hand. As she approached, which is seconds after Marquis shot Eric and William, Marquis turned and shot her twice in the stomach.

“The video then showed Kalee punching William while he is still alive and moving. Marquis shot William several more times while, simultaneously, Kalee is punching William, as William is face down on the ground.

“Next, Kalee went into the hosue, comes back outside with the gun loaded with an extended magazine and runs towards Jessica Smith pointing the firearm directly at her chasing her out to the street.”

The detective’s description of the video continued. “Kalee then returns to where William is laying and began hitting William with the gun.”

Pretrial conferences for Cracraft and Kalee were set for Jan. 9.