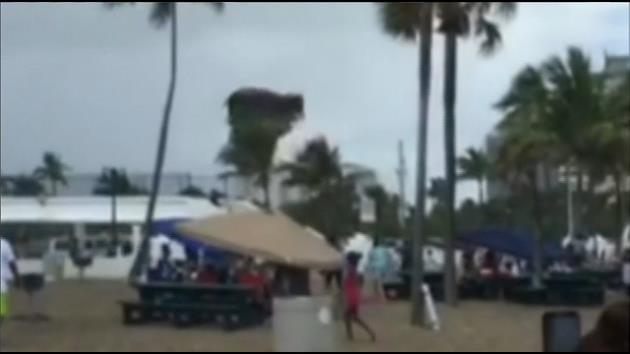 FORT LAUDERDALE, Florida (WISH) – Three children are recovering after a waterspout made landfall at a Florida beach and tossed a bounce house at least 20 feet in the air. A bystander caught it all on tape.

All three children were brought to a local hospital.

Officials say the children’s injuries are broken bones, cuts and bruises. They’re all expected to be OK.

One adult was also injured but refused to be transported to the local hospital.

The National Weather Service said the waterspout was an EF-0 tornado.

You can watch the video above. Then head to our Facebook page and let us know what you would have done in that situation.