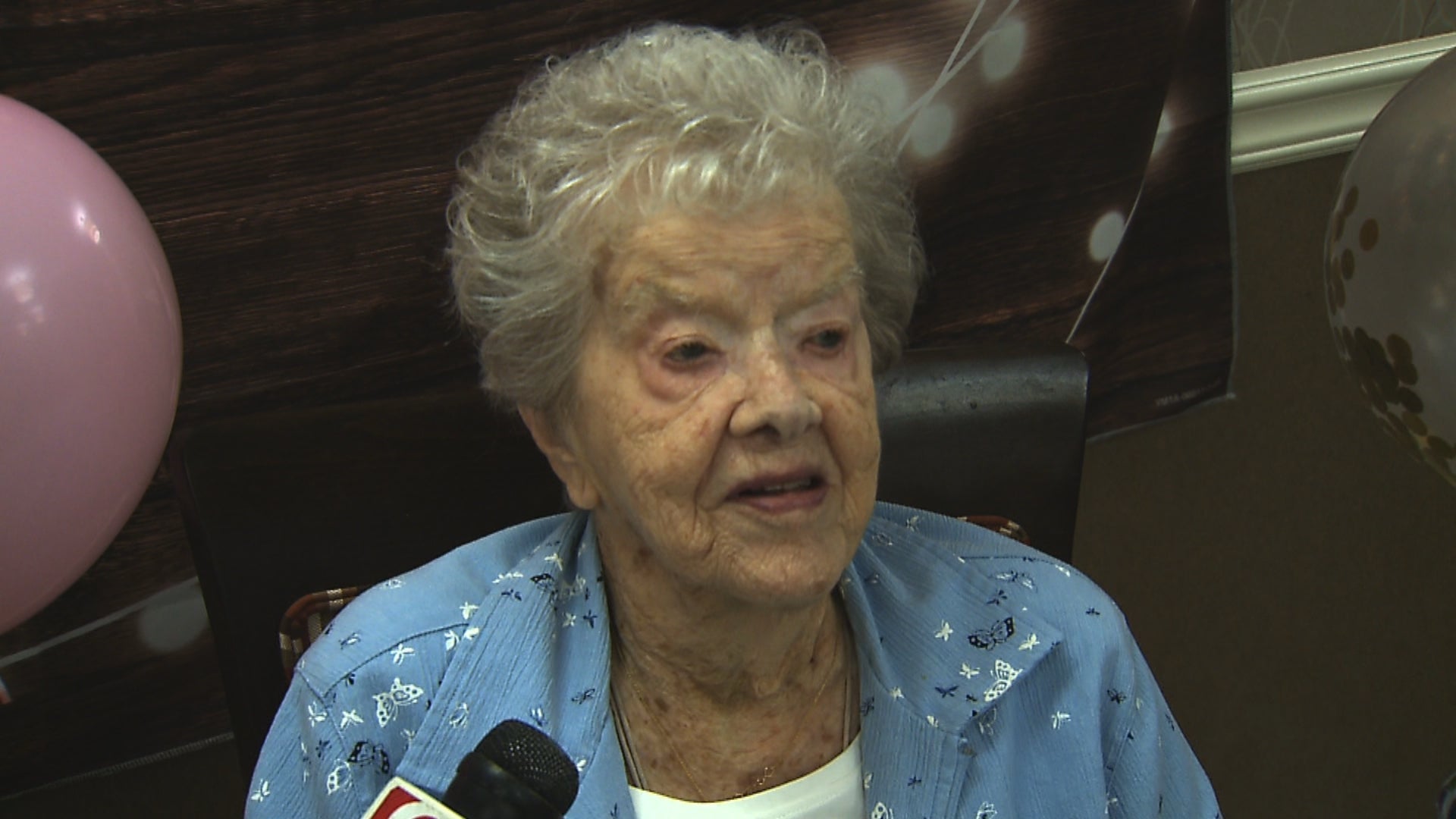 Most people would say that’s a pretty big deal. Especially her great-grandkids.

“When I think 103 I think, man, that is a big number. That’s a really big number,” Martha’s great-grandson Jon Shultz said.

“I think it’s impressive how long she’s lived and all the things she’s seen in today’s world,” her great-grandson Adam Lamb said.

Asked she thought 103 was a big deal, she said: “Well, not really. The other birthdays just slid by.”

However, the milestone speaks for itself along with her four kids, 10 grandchildren and, according to Martha, too many great-grandkids to count.

“She has just built such an amazing family and we have grown and grown and we don’t stop we don’t end there’s so many of us,” her great-granddaughter Ashley Lamb said.

“Her love just extends and our family has grown to not just blood family but adopted family,” Ashley said.

Martha said their family has grown beyond blood in the town of Zionsville. She’s been living at Zionsville Meadows for 23 years now.

Shuey said although Martha didn’t make any special requests for her birthday, she was happy to give her the gift she wanted: her family and friends.

“It warms my heart,” Shuey said. “She’s happy she’s surrounded by the ones that love her the most.”

One thing that family and friends agree has lasted through the years for Martha is her sense of humor. An impression that couldn’t be denied when we asked her what’s her favorite part about turning 103.

“Uh, getting it over with,” Martha said and laughed.

“We care about our residents and want them to be able to have a good time,” she said.

Martha’s daughter Diana Lamb said she’s thankful that her mother can share her living legacy from the oldest to the youngest members of their family. “My grandchildren will all remember her and a lot of times they don’t remember a grandmother, but even our little ones remember Grandma,” she said. “That’s pretty cool.”