What can the Indianapolis Colts expect from Carson Wentz? 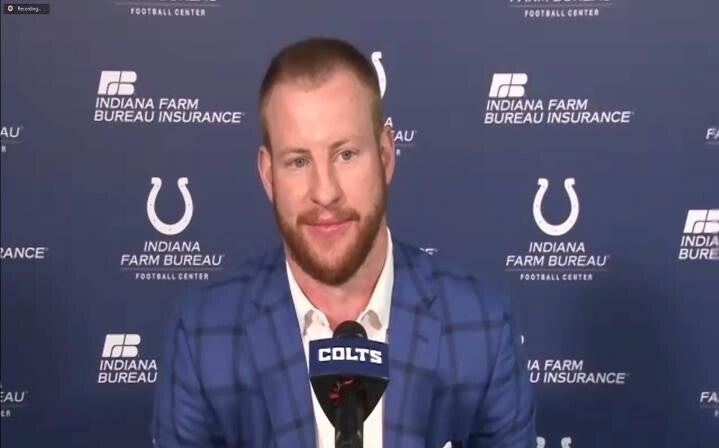 The Colts have addressed most of their issues this offseason. GM Chris Ballard added a couple of promising young pass-rushers in the first and second rounds of this past draft, bolstering the team’s main weakness.

Indianapolis recently signed Pro Bowl left tackle Eric Fisher, perhaps the best Anthony Castonzo replacement they could’ve hoped to get this time of year, which could turn the Colts into a serious NFL pick. However, none of it will matter if Carson Wentz doesn’t pan out.

The Colts will live and die with Wentz this year, and hope that Frank Reich knew what he was doing when he vouched for his former partner from their days in Philly. Let’s take a look at what went wrong for Wentz last year, and what the Colts can expect from him in 2021:

No beating around the bush, Wentz was awful in 2020. His mechanics regressed sharply, and he looked like a player who had lost all confidence. He regularly was inaccurate on short and intermediate throws, and his decision making collapsed.

That being said, it wasn’t all his fault. Wentz didn’t have much to work with, as his receiving group was awful. It’d be hard for any quarterback to have too much success when his team’s leading receiver is Travis Fulgham, a former practice squad guy from Old Dominion.

Fulgham wasn’t even on the active roster until October, and still led the team in receiving. That tells you everything you need to know. Zach Ertz was banged up and ineffective in the 11 games he did play.

That’s not to say Wentz doesn’t deserve his fair share of the blame. He had regressed in 2019 too, when he averaged only 6.7 yards per attempt, it just wasn’t talked about as much. His supporters like to argue 2020 was an aberration, but that’s not really the case.

Now that we’ve got all the context on his decline, that brings us to what the Colts can expect in 2021, and it looks like the NFL odds aren’t on their side.

How will Wentz look with the Colts?

Reich is a quarterback whisperer, no doubt about it. If anyone can fix Wentz, he can. Wentz should be better than he was last season, but that’s not saying much. On the plus-side, he’ll give this Colts offense something it lacked with Philip Rivers, mobility.

Wentz’s main strength at this point is his athleticism, and he’ll open up the playbook a bit. Reich will be able to call bootlegs and things of that nature that he just couldn’t with Rivers under center.

Wentz had 276 rushing yards and five touchdowns in only 12 games last year, and his legs will be a legit weapon and upgrade for the offense.

Unfortunately, on almost everything else, he profiles as worse than Rivers. Rivers quietly had an excellent first (and only) season in Indy, averaging an efficient 7.7 yards per attempt and completing 68 percent of his passes. Even still, it wasn’t enough for the Colts to get out of the first round of the playoffs.

If an NFL prediction had to be made, it’s that Wentz simply isn’t going to be as accurate as Rivers was. His ability to read defenses pre-snap is nowhere close. While Fisher was a nice signing by mid-May standards, he’s also still a clear downgrade from Castonzo and likely won’t be ready for the first month of the season.

While Wentz’s receivers will be better than they were last year, a group headlined by a 31-year-old T.Y. Hilton is still a bit underwhelming.

For all those reasons, I’m skeptical Wentz will take the team farther than Rivers did. That’s even assuming he gets his confidence and basic accuracy back, which is far from a sure thing.

Reich has his work cut out for him. Wentz should improve, but he’ll also turn 29 this season, so it’s not like he’s just a young quarterback in need of some nurturing.

Modest improvement won’t be enough, the Colts need dramatic improvement to become contenders, and that doesn’t seem particularly realistic given Wentz’s last couple years. The one big thing working in his favor is his athleticism, but even that has declined since his ACL and LCL tears a few seasons ago.