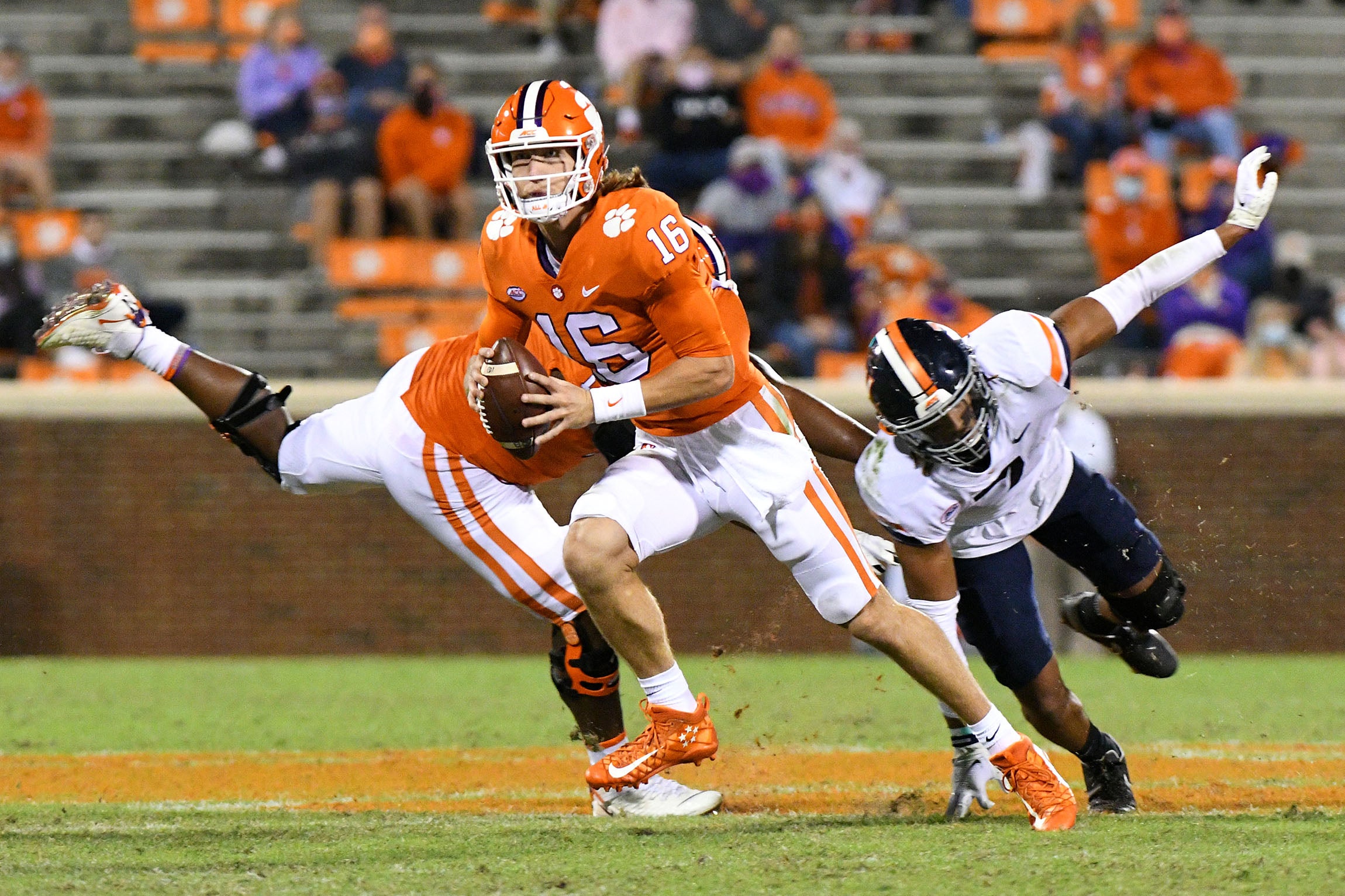 CLEMSON, SC - OCTOBER 03: Clemson Tigers quarterback Trevor Lawrence (16) scrambles up the field during the game between the Clemson Tigers and the Virginia Cavaliers on October 03, 2020 at Memorial Stadium in Clemson, South Carolina. (Photo by Dannie Walls/Icon Sportswire via Getty Images via CNN)
by: PETE IACOBELLI AP Sports Writer
Posted: Jan 6, 2021 / 10:58 AM EST / Updated: Jan 6, 2021 / 10:58 AM EST

(AP) – Clemson quarterback Trevor Lawrence has made it official — he’s heading to the NFL.

Lawrence, the 6-foot-6 QB with the power arm and flowing hair, released a video on social media Wednesday announcing he was leaving school and declaring for the NFL draft.

“I really feel like I’m a man now and I’m ready to take on those challenges,” Lawrence said. “Super excited for life ahead. I’m grateful for Clemson and I’m going to miss it.”

Lawrence had said in September he planned to play his junior season, graduate in December and move on to the NFL. However, in October, Lawrence discussed keeping his options open, which included possibly returning for another year of college as discussions of the No. 1 pick intensified between the then winless New York Jets and the Jacksonville Jaguars.

The Jaguars finished 1-15 and have the top pick in the draft and are expected to take Lawrence.

He finished 34-2 in his college career, leading Clemson to three Atlantic Coast Conference titles and the national title after the 2018 season. He finished second in the Heisman Trophy race Tuesday night to Alabama receiver DeVonta Smith.