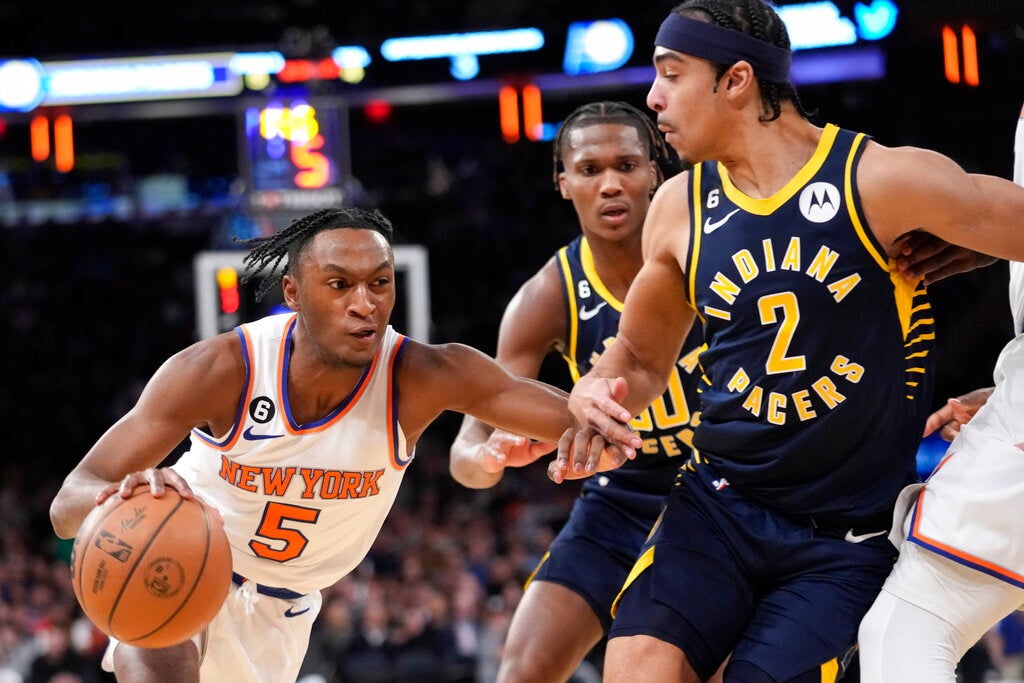 RJ Barrett added 27 points in his return from a finger injury that sidelined him six games, and Julius Randle had 14 points and 16 rebounds.

After New York led by 25 points in the third quarter, Hield cut it to 105-103 with a 3-pointer with 3:10 left. Brunson countered for the Knicks, scoring the next seven points of the game.

Hield’s four-point play with 1:22 remaining pulled the Pacers to 112-109. He had a chance to tie it on Indiana’s next possession, but his 3-pointer was off the mark.

Quentin Grimes’ 3-pointer with 25 seconds remaining sealed it for the Knicks. Grimes finished with 18 points, Immanuel Quickley had 11 and Mitchell Robinson had 10 points and nine rebounds.

Bennedict Mathurin scored 20 points for Indiana. Tyrese Haliburton, who left with a sore knee late in the third quarter and did not return, had 15.

Knicks: New York is 11-11 at Madison Square Garden this season. It is the only team in the NBA with a winning record, but without a home mark above .500. … Randle is the only Knick to start all 42 games.

Knicks: At Washington on Friday night.