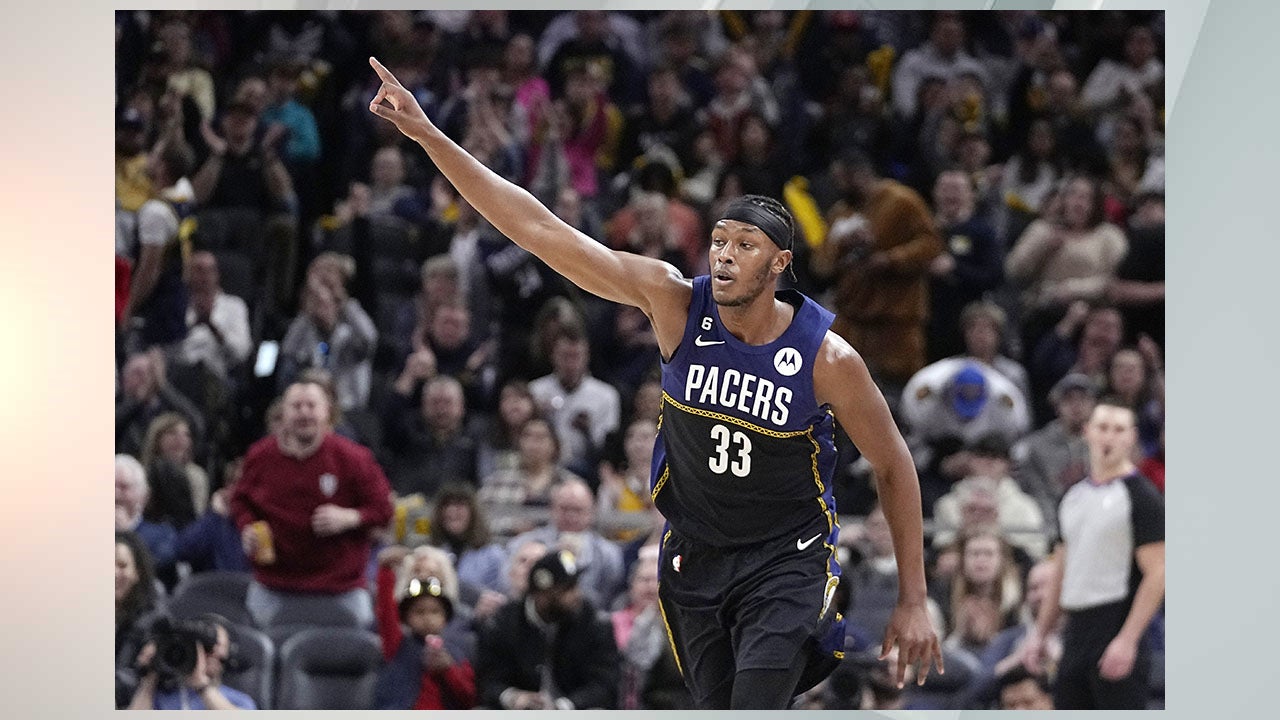 INDIANAPOLIS (AP) — Myles Turner scored 34 points, Tyrese Haliburton had 24 points and 10 assists, including 14 points in the final four minutes, and the Indiana Pacers held on for a 131-130 win over Paul George and the Los Angeles Clippers on Saturday.

George scored 45 points, the most by a Clippers player this season, in his return to Indianapolis and Kawhi Leonard had 24 points, seven assists and five rebounds. Leonard missed a 3-pointer from the right wing that would have tied the game at 130. Haliburton then made a free throw with 5.3 seconds left to push Indiana’s lead to 131-127 before George hit a 3 as time expired.

“We had to put together a monster game to beat them, and we did,” Indiana coach Rick Carlisle said. “Myles Turner was spectacular. Tyrese’s fourth quarter was monster. Made just about every play you could imagine. Really just breathtaking stuff to watch.”

Buddy Hield finished with 18 points for Indiana, while Aaron Nesmith had 16 and Bennedict Mathurin 15 off the bench. The Pacers shot 52% from the field. The Clippers finished at 54% but committed 16 turnovers.

“We’re still aren’t doing a great job of forcing teams baseline and forcing them out of the middle,” George said. “We’re giving up too many middle drives.”

Haliburton, who also had seven rebounds and four steals, starred in a tense, back-and-forth fourth quarter. Los Angeles led by six with 5:27 to go, but, beginning with two free throws at the 3:47 mark, Haliburton reeled off a 13-point flurry punctuated by two free throws for a 128-125 lead with 29 seconds remaining.

“There’s a lot of trust in me in this organization,” Haliburton said. “We’re learning how to finish games. We’ve got a lot of firepower. This is what we do. They picked us last in the East. We’re coming out here and proving people wrong.”

George made two foul shots to get Los Angeles back within one with 20 seconds left, but the Clippers let nearly eight seconds run off the clock before fouling Turner on Indiana’s ensuing possession. Turner hit two free throws to restore a three-point advantage for the Pacers, who have won five of their last six.

Turner’s hook shot early in the third quarter sent the Pacers ahead by 14, the largest advantage by either side. The Clippers responded by scoring on 11 of their next 13 possessions, a stretch capped by George’s 3 to tie it at 86 with 3:54 remaining in the quarter. The score remained tied, at 93, entering the fourth.

Clippers: The 32-year-old George, who played for Indiana the first seven seasons of his career, was booed lustily in pregame introductions. The Pacers traded George to Oklahoma City in 2017 after he informed them that he planned to leave once he was eligible for free agency in 2018. … Marcus Morris Sr. scored 15 points and Reggie Jackson 13.

Pacers: On the strength of five 3-pointers, Indiana led 32-22 at the end of the first quarter to continue a trend of better starts. It marked the sixth time in the Pacers’ last nine games that they led entering the second quarter. … After being outrebounded 62-39 in their 114-100 loss to the Clippers on Nov. 27, the Pacers won the battle of the boards 44-40.

Clippers: Return home to face the Miami Heat on Monday.

Pacers: Host Toronto on Monday to conclude a four-game homestand.