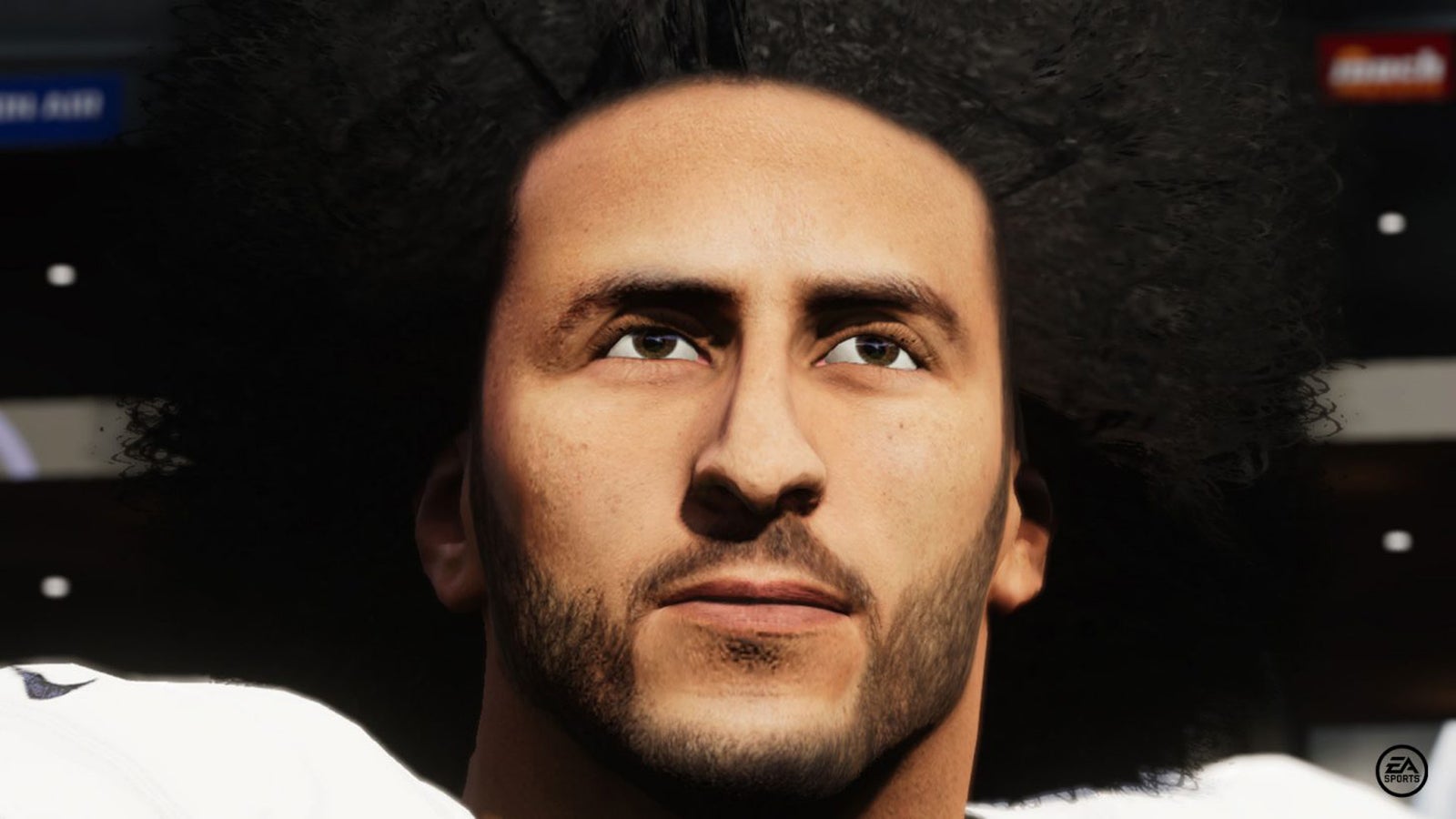 (CNN) — For the first time since Madden 17, Colin Kaepernick will be making his return to the virtual gridiron as a playable character in Madden 21.

Developer EA Sports confirmed that an update was released on Tuesday that allows players to sign Kaepernick to any NFL roster in the game’s franchise mode.

Kaepernick last played in the NFL in 2016 as a member of the San Francisco 49ers. He began to protest against police brutality and racial injustice by first sitting and then kneeling during the national anthem when it was played before games.

He opted out of his contract at the end of the season and has remained a free agent since.

Kaepernick and safety Eric Reid settled their collusion grievances with the NFL in February 2019 after both players alleged that teams colluded to prevent them from playing. Reid played for the Carolina Panthers in 2018 and 2019, but was released by the team in March and is currently a free agent.

“Colin Kaepernick is one of the top free agents in football and a starting-caliber quarterback,” EA Sports said in a statement. “The team at EA Sports, along with millions of Madden NFL fans, want to see him back in our game… We look forward to seeing Colin on Madden NFL teams everywhere.”

Kaepernick will be rated as an 81 overall in the game and is the highest-rated free agent, EA Sports confirmed.

He is also among the top 15 highest-rated quarterbacks in the game out of 111 quarterbacks, ranking notably ahead of signal-callers such as Ryan Tannehill, Cam Newton and Kyler Murray.

EA Sports said that his rating is based on prior on-field performance along with its data-driven ratings simulations. The company said that it took into account that he has not played since 2016 and that when he was a healthy starting quarterback, he was rated 89, 89 and 81 overall.

EA Sports approached Kaepernick ahead of the launch of Madden 21 to negotiate for his likeness to be used in the game. The developer said that Kaepernick worked with the team to determine how his avatar was depicted and requested that he be portrayed with an afro. He also requested that his signature celebration be of him using a Black Power fist raised in the air to reflect how he celebrated on scoring plays when he last took the field.

In June of this year, NFL commissioner Roger Goodell told ESPN he would support and encourage an NFL team interested in signing Kaepernick.

“If he wants to resume his career in the NFL, then obviously it’s going to take a team to make that decision,” said the commissioner. “But I welcome that, support a club making that decision and encourage them to do that.”