Bridges, Booker help Suns break through with win at Indiana 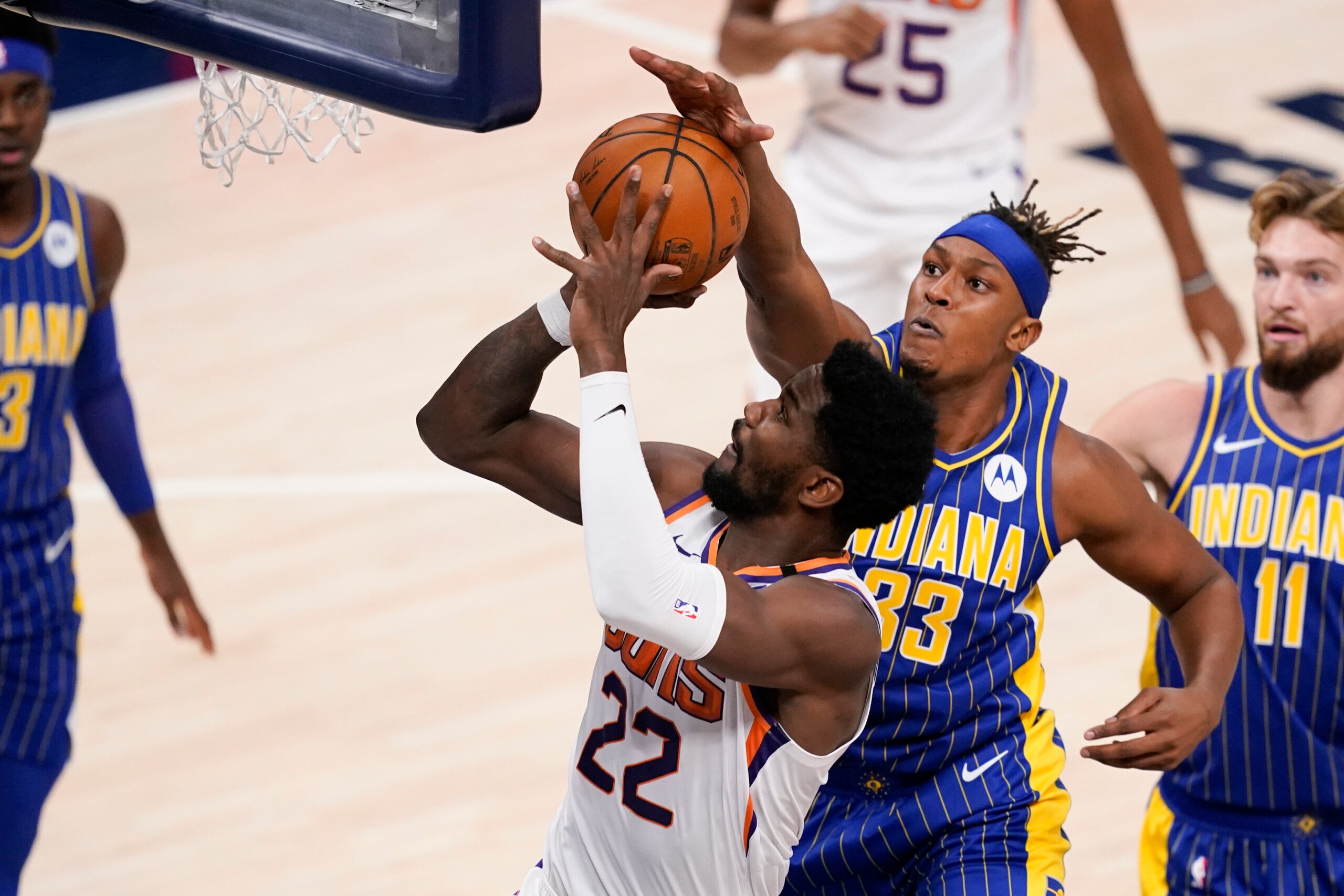 Phoenix won its first road game in the Pacers series since 2016 and moved into a tie with the defending champion Los Angles Lakers for the best record in the Western Conference.

All-Star forward Domantas Sabonis had 28 points and 22 rebounds, matching his career high, to lead the Pacers.

Phoenix never trailed in the second half and sealed the win with an 11-0 run midway through the fourth quarter.