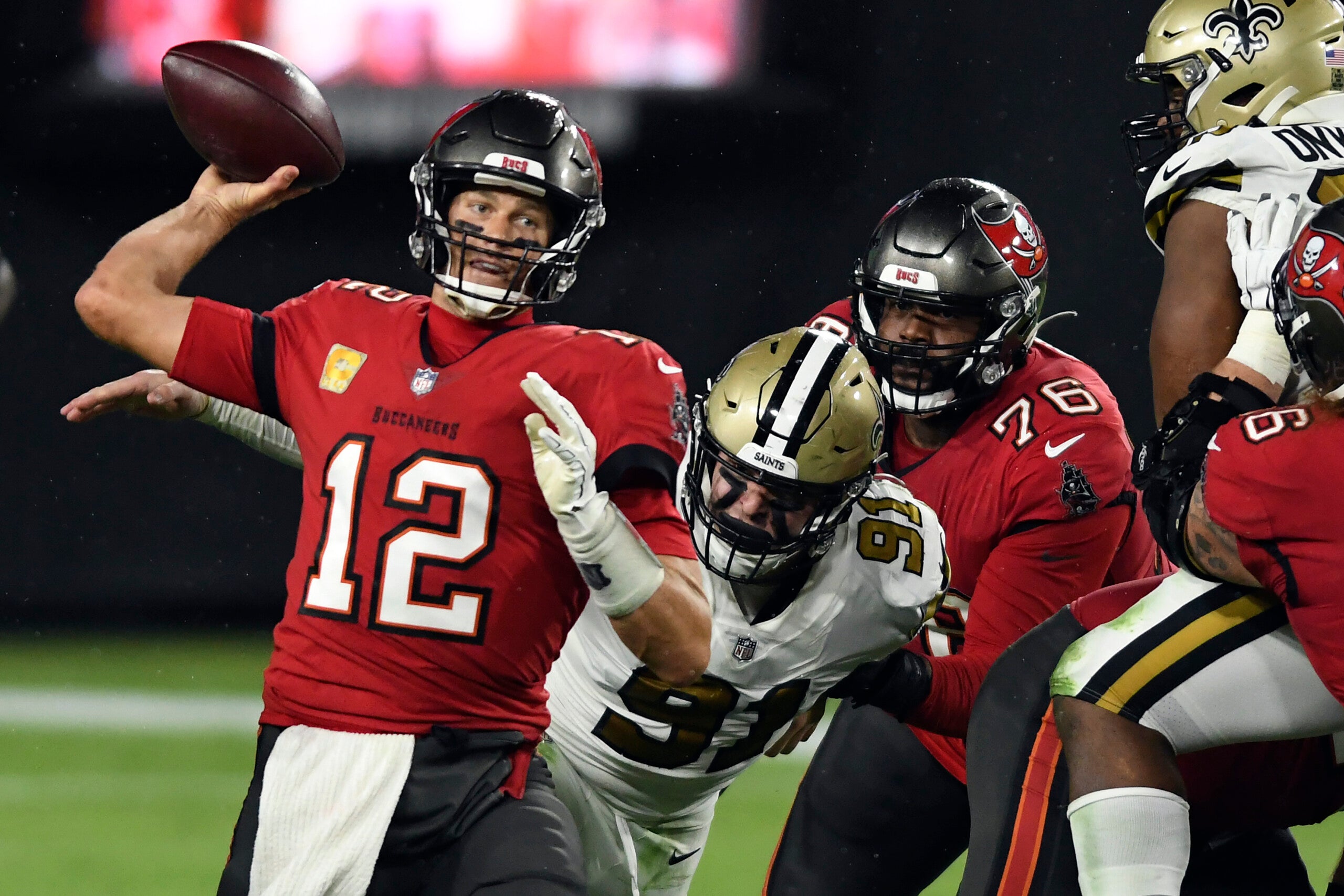 (CNN) — Tom Brady versus Drew Brees was supposed to be a game for the ages.

The two oldest active players in the NFL facing off to win NFC South supremacy for their respective teams, the Tampa Bay Buccaneers and the New Orleans Saints.

And then Brady goes and spoils it all by throwing zero touchdowns and three interceptions.

The last time the 43-year old recorded that many interceptions in a game was back in 2011, when he threw 4-4 in a game against the Buffalo Bills.

To find another game like Sunday night’s, where Brady threw three interceptions but zero touchdowns, we have to go all the way back to 2006, when he threw four interceptions against the Indianapolis Colts.

For context, his rookie offensive tackle Tristan Wirfs was seven years old when Brady last had a game with this level of statistical failure.

He threw more interceptions on Sunday than he did in the entire 2016 regular season.

Not only that, but the 38-3 final score was the largest margin of loss Brady has ever experienced in his 21-year NFL career.

It was not a good day at the office.

READ: The NFL is confronting racism, but are Black quarterbacks continuing to be stereotyped?

As if a loss of this magnitude wasn’t bad enough, Brady’s counterpart Brees recorded four touchdowns and zero interceptions.

Brady went into the game with the career touchdown record of 561, one ahead of Brees. His counterpart now holds that record by a margin of three.

Such was the Saints dominance, they closed out the game with back up quarterback and former Buccaneers starter Jameis Winston taking the field.

The victory was a statement to not just the NFC South but to the entire league, with many questioning whether Brees was past his best and whether the Saints would be able to make another substantial Super Bowl push.

The Saints have beaten the Buccaneers in New Orleans and Tampa Bay this season, becoming the first team ever to shut out Tom Brady during the regular season.

Bucs head coach Bruce Arians was critical of his team, saying after the game: “It was shocking. To watch us practice, the way we practiced all week, the confidence we had coming in … we have to go back […] look in the mirror as coaches, players, everybody.”

The Buccaneers had been on a three-game winning streak until last night.

Brady played a straight bat to questions after the game.

“It’s about playing better and execution and we all have to do our jobs a lot better,” he said. “When you play good teams there’s little margin for error.

“They’ve been a great team for a long time. They’ve got a lot of good players. If we’re going to beat them we’ve got to play a lot better than we did tonight.”