Senators team up to try to give new parents better-paid leave; Some say proposal is misleading 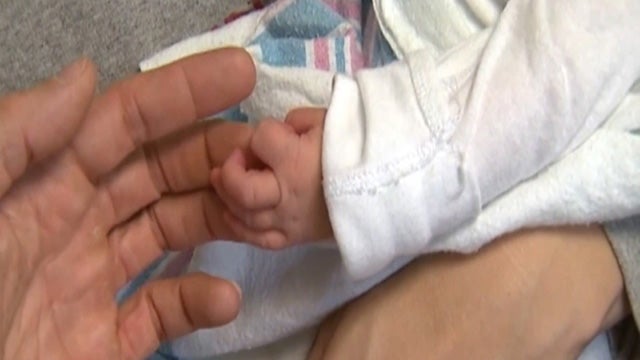 WASHINGTON DC (NEXSTAR) – A Republican from Louisiana and a Democrat from Arizona have teamed up to try to give new parents better-paid leave.

The senators’ plan would allow new moms and dads to get a tax credit earlier than usual, but a policy group calls the proposal misleading.

The United States is the only industrialized nation without paid family leave.

A handful of states have passed policies on their own, but more and more members of Congress are starting to support a federal mandate.

“That first year of life is the most expensive,” said U.S. Senator Bill Cassidy (R) Louisiana.

As a dad and a doctor, Senator Cassidy says he knows the challenges leading up to a baby’s first birthday.

That’s why the Republican is proposing a paid family leave plan.

The proposal, co-sponsored by Arizona Democrat Kyrsten Sinema, would allow new moms and dads to get an advance on their child tax credits and immediately receive $5,000 when a child is born.

They could use the money for income replacement to stay home with their baby, or spend it on daycare or other expenses to go back to work.

“We’ve created a program which does not raise taxes, does not increase the deficit, has no mandates,” Cassidy said.

The proposal is starting to gain traction, but a policy group argues the money doesn’t come free – families would have to pay it back.

“They’re kind of misrepresenting it as a paid family leave bill,” said Kathleen Romig with the Center on Budget and Policy Priorities.

Romig calls the idea a loan, not a new benefit.

“It would be difficult for many families to repay that amount,” she said.

Romig said she wants to see a paid family leave policy that offers new benefits and job protection to all families.

“Unfortunately, that’s not what this is,” she said.

Romig says there is a second bipartisan option in Congress that would accomplish her goals called the Family Act.

But since it would raise taxes to pay for the paid family leave President Donald Trump has tweeted support for Cassidy’s option.