Major snowstorm shaping up for the Rockies, including Denver 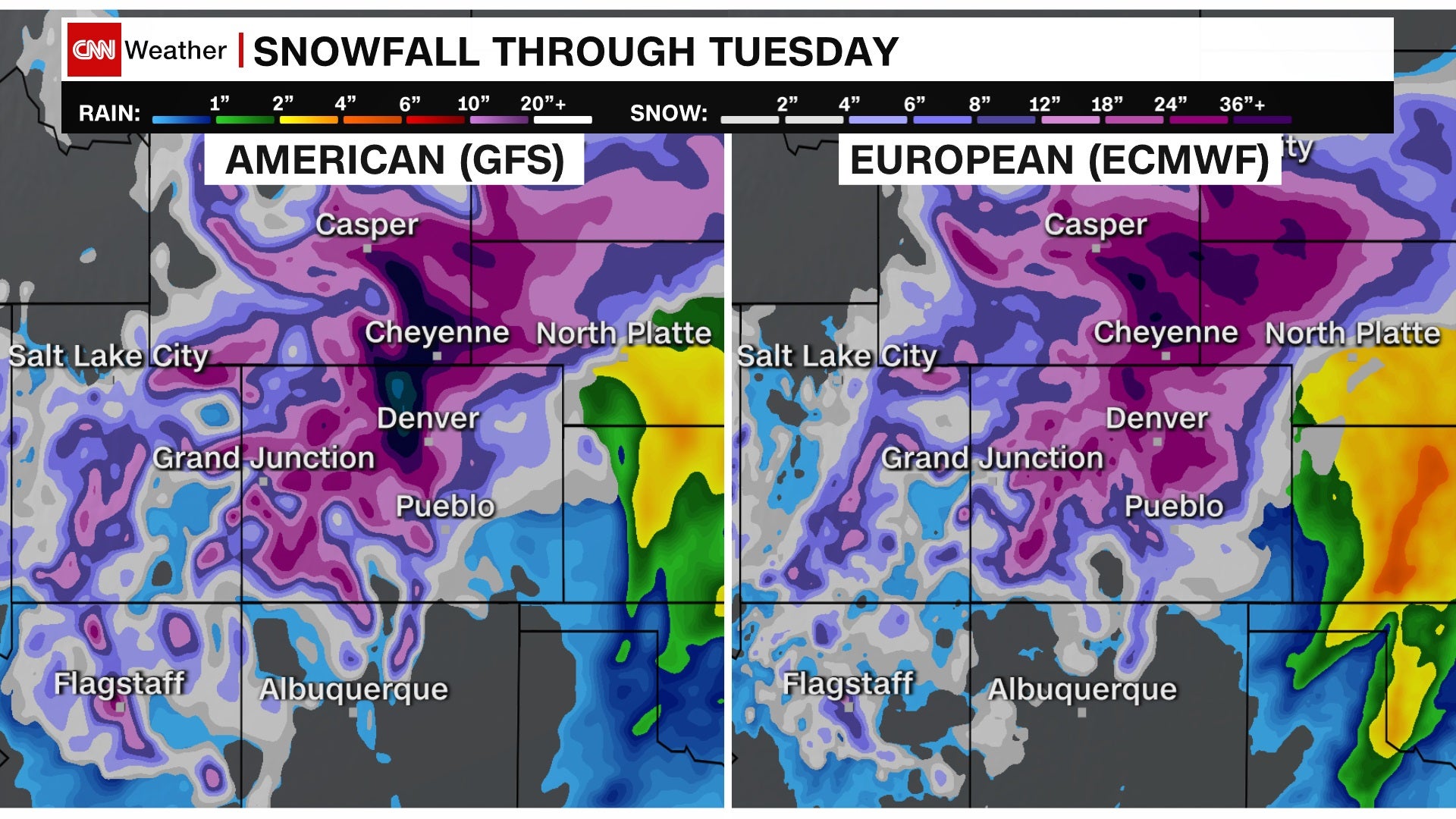 (CNN) — By now, we all realize that long-range weather forecasting — models that forecast beyond the next three days — can be as useful as a gas tank in a Tesla, but there is increasing confidence that a major snowstorm is taking shape over parts of Colorado, Wyoming, and Nebraska this coming weekend.

The models have been consistently showing for the last few days areas of snow accumulation over 40 inches in some places up and down the front range along Interstate 25.

Early this week, forecast models were hinting at possibly even 5 feet of snow. The National Weather Service (NWS) in Boulder was quick to point out it wasn’t forecasting these totals.

After a lengthy discussion on the possibilities in the forecast this morning “the messaging of 1 to 3 feet of snow for much of our forecast area is still on track,” the NWS Boulder said.

Is it time to panic? No.

Is it time to prepare for a possible 3-foot snowstorm? Yes.

The heaviest snow in Colorado, Wyoming and Nebraska can come in March, when the air is slightly warmer and can hold more moisture and snow potential. Denver is no stranger to major snowstorms in March, with the Top 10 March snowstorms each totaling over a foot of snow.

The snowstorm this weekend has a “moderate to high potential to surpass the March 23, 2016, heavy snow event,” according to the National Weather Service in Boulder. That day it snowed 13.1 inches in Denver. NWS Boulder also gives a “low to medium potential to approach the March 2003 historical snowstorm.” That storm dumped 2 to 4 feet of snow across the area.

There are many variables that can prove a weather computer model wrong, but when the model solution is consistent over many days in a row, meteorologists look up and take notice.

This is why meteorologists know it is likely to happen, but where and how much is the question.

Why meteorologists aren’t certain in the snow amounts

One of the unknowns this weekend is a matter of moisture. There will be severe weather southeast of Colorado on Friday and Saturday. Suppose that severe weather converts all of the Gulf of Mexico humidity into flooding rainfall. In that case, the moisture source for the front-range snowstorm will be cut off. The air approaching the Rockies will be dried out, and the snow potential will be cut in half, at least.

We often see side-by-side comparisons of the “American Model” versus the “European Model.” They both have extended range forecasts going out 10 days or more. They work to show what potentially could happen a week or so out.

Meteorologists then consider the consistency of these model runs — if they continue to show the same forecast or not — along with local and historical context to develop a more accurate forecast.

The closer we get to the event, the more accurate the weather models become, narrowing down the forecast.

Being 3 to 4 days away from this storm, the current forecast has an extensive range of potential snowfall to account for all the factors that could impact the final forecast.

Although both models have shifted their bull’s-eye for the heaviest snow totals over the last few days, it’s important to realize the potential impacts for not only Colorado but also Nebraska, Wyoming, and South Dakota.

By the time the snowfall ends on Monday, this high-impact storm will have paralyzed some cities, towns and interstate highways.

If there is a bright side, much of this area is experiencing a significant drought and this snow may be a welcome relief for some.

The worst part of the storm won’t arrive until Saturday and many things can change by then. Forecast snow totals for specific areas will change, and maybe drastically, as the storm evolves.

As the snow’s start time gets closer, the confidence for the track and amounts will get clearer. A two-day forecast is always more accurate than a four-day forecast just about anywhere in the world. Still, the 40-inch potential here should get your attention for now.

Look for local winter storm watches and warnings to be posted later this week. The forecast is for snow and lots of it … so be prepared. 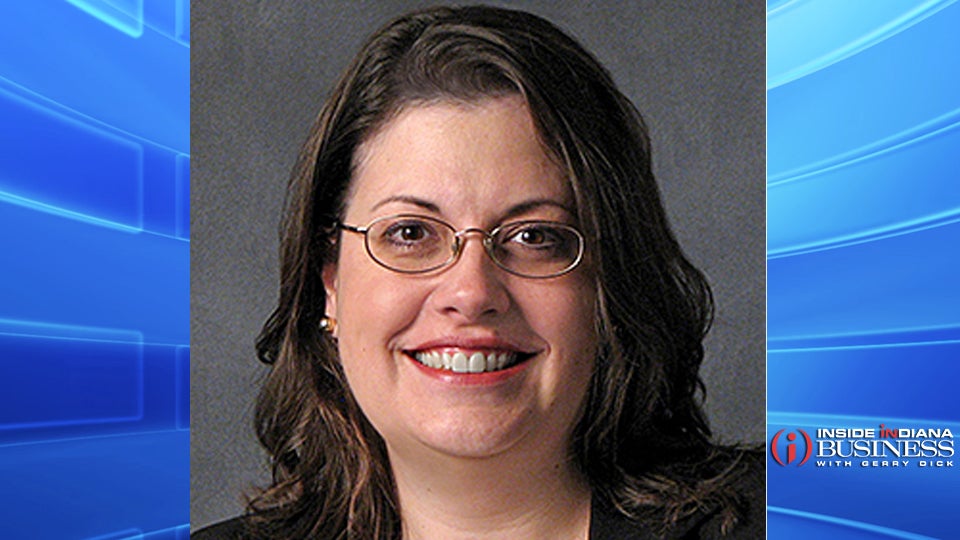 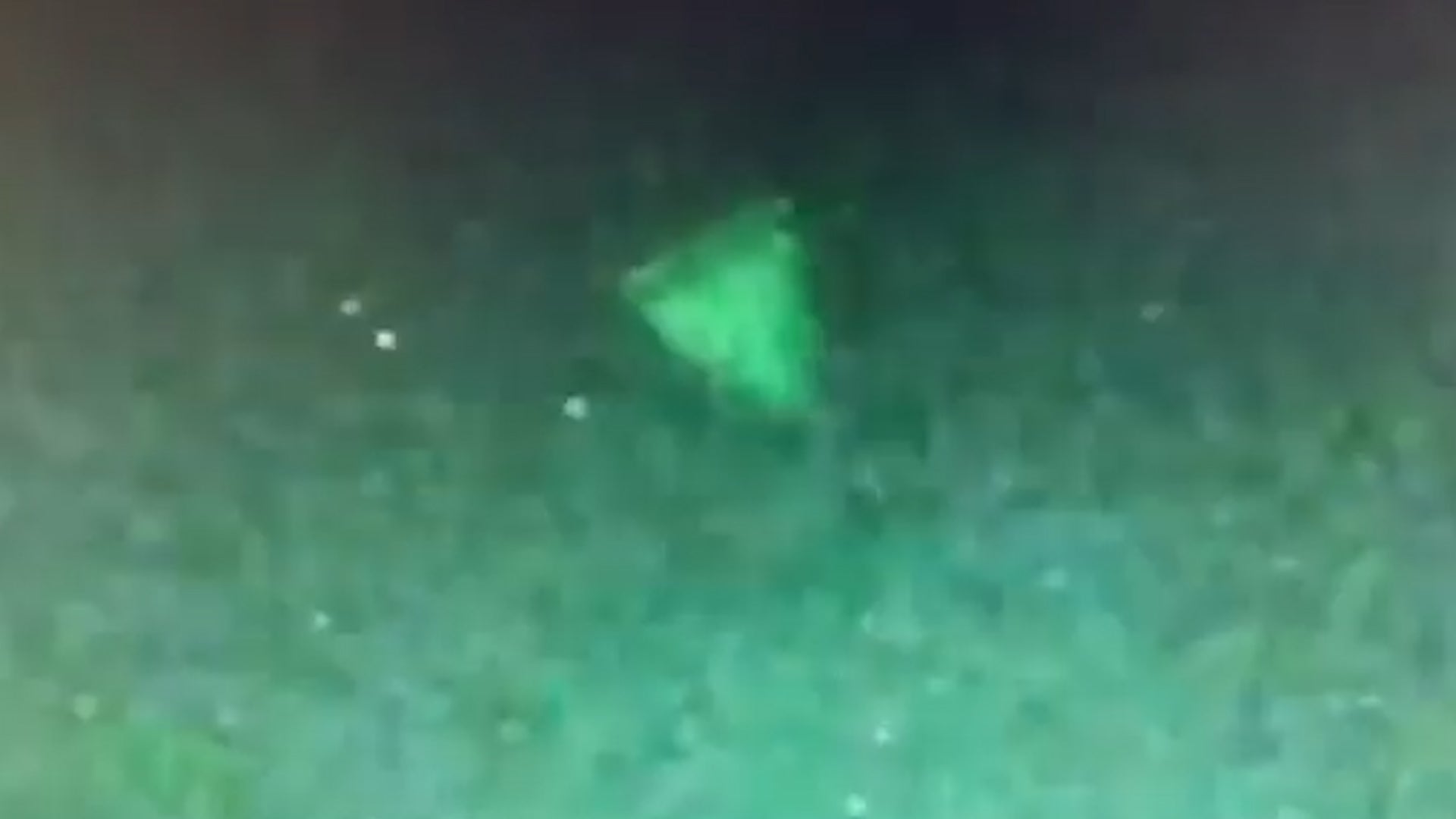 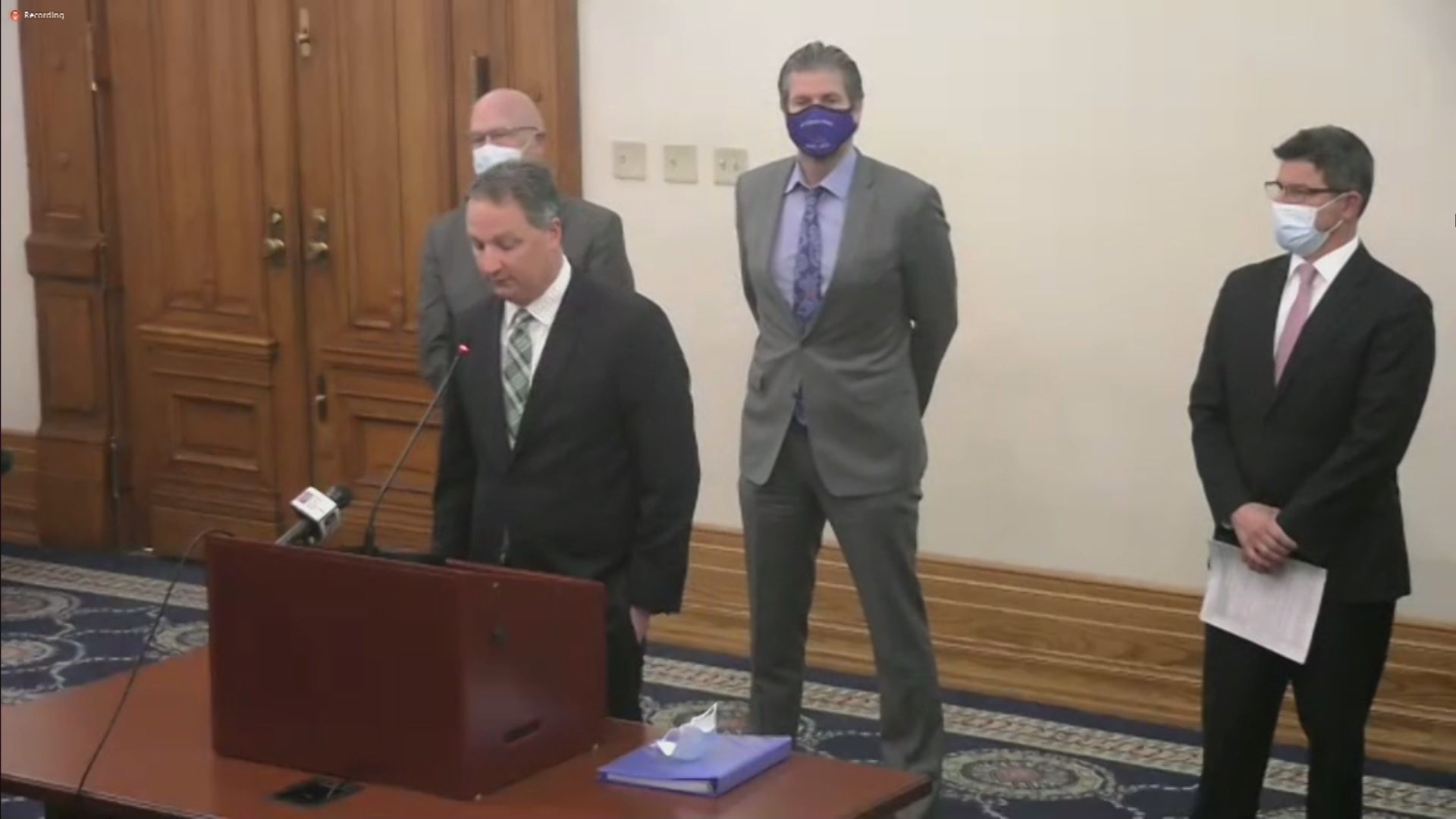