Rescuers poised to move in as Hurricane Laura still howls 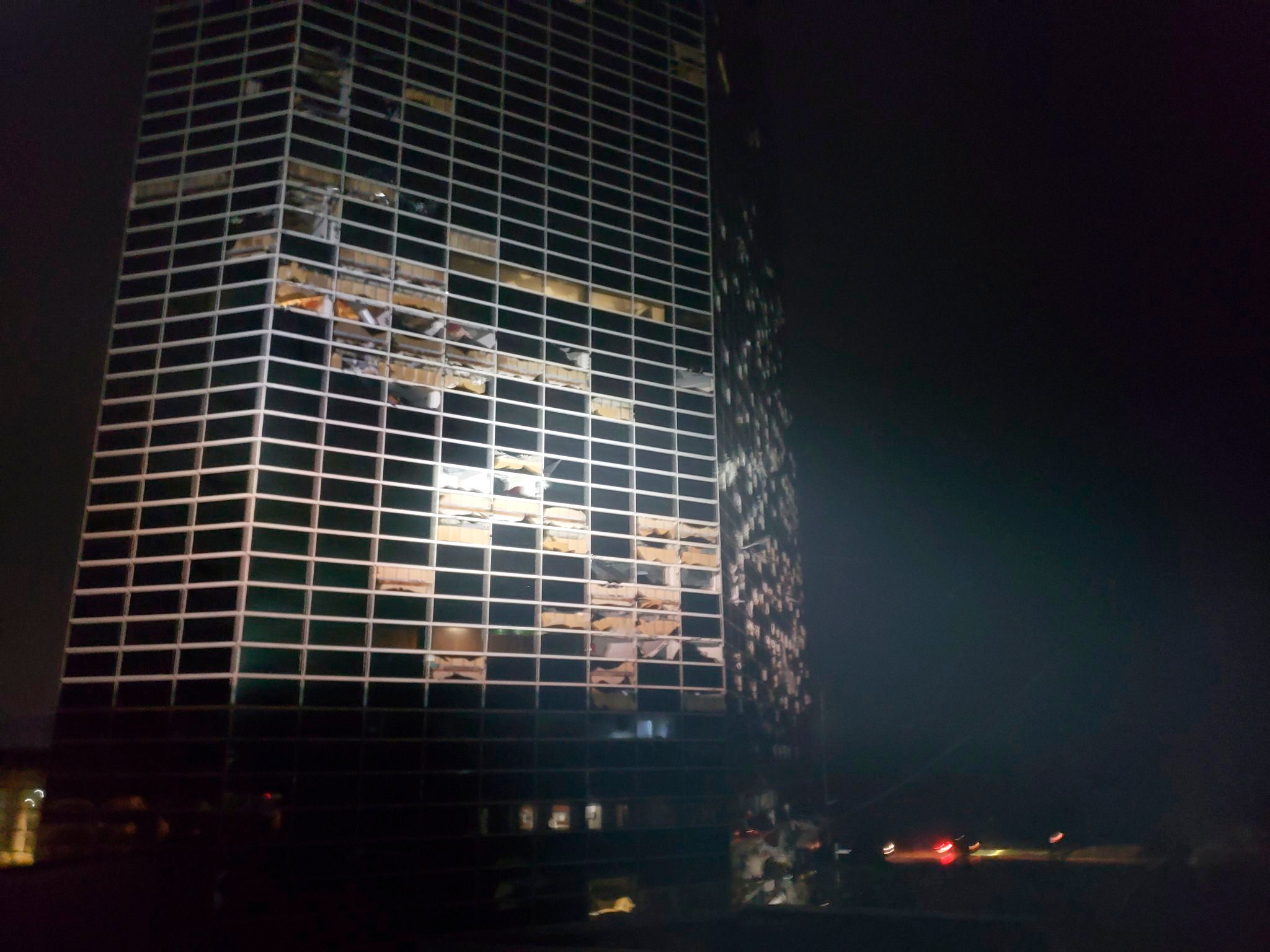 Authorities had ordered coastal residents to get out, but not everyone did in an area devastated by Rita in 2005.

Laura’s howling winds battered a tall building in Lake Charles, blowing out windows as glass and debris flew to the ground. Hours after landfall, the wind and rain were still blowing too hard to check for survivors.

“There are some people still in town and people are calling … but there ain’t no way to get to them,” Tony Guillory, president of the Calcasieu Parish Police Jury, said early Thursday morning over the phone as he hunkered down in a Lake Charles government building that was shaking from the storm.

Guillory said he hopes stranded people can be rescued later Thursday but fears that blocked roads, downed power lines and flooding could get in the way.

“We know anyone that stayed that close to the coast, we’ve got to pray for them, because looking at the storm surge, there would be little chance of survival,” Louisiana Lt. Gov. Billy Nungesser told ABC’s Good Morning America.

With nearly 470,000 homes and businesses without power in the two states, near-constant lightning provided the only light for some.

The National Hurricane Center said Laura slammed the coast with winds of 150 mph (241 kph) at 1 a.m. CDT as a Category 4 hurricane near Cameron, a 400-person community about 30 miles (48 kilometers) east of the Texas border.

“Unsurvivable storm surge with large and destructive waves will cause catastrophic damage,” forecasters warned. They said the storm surge could reach 15-20 feet in Port Arthur, Texas, and a stretch of Louisiana including Lake Charles, a city of 80,000 people on Lake Calcasieu.

“This surge could penetrate up to 40 miles inland from the immediate coastline, and flood waters will not fully recede for several days,” the hurricane center said.

Hours after landfall, Laura was still a Category 2 hurricane, with maximum sustained winds of 110 mph (175 kph). Its center was past Lake Charles, moving north at about 15 mph (24 kph), but with damaging winds that stretched over much of Louisiana and parts of eastern Texas, reaching as far as 175 miles (280 kilometers) from Laura’s center.

Dick Gremillion, the emergency director in Calcasieu Parish, said hours after landfall that they hadn’t been able to get out and look for damage.

“The wind is still over 50 mph. It’s going to have to drop significantly before they can even run any emergency calls. We also need daylight,” Gremillion said in an interview with KPLC-TV.

More than 580,000 coastal residents were ordered to join the largest evacuation since the coronavirus pandemic began and many did, filling hotels and sleeping in cars since officials didn’t want to open mass shelters and worsen the spread of COVID-19.

But in Cameron Parish, where Laura came ashore, Nungesser said 50 to 150 people refused pleas to leave and planned to weather the storm in everything from elevated homes to recreational vehicles. The result could be deadly, since some houses weren’t raised high enough to withstand the massive storm surge.

“It’s a very sad situation,” said Ashley Buller, assistant director of emergency preparedness. “We did everything we could to encourage them to leave.”

Becky Clements, 56, didn’t take chances; she evacuated from Lake Charles after hearing that it could take a direct hit. With memories of the destruction almost 15 years ago by Hurricane Rita, she and her family found an Airbnb hundreds of miles inland.

“The devastation afterward in our town and that whole corner of the state was just awful,” Clements recalled Wednesday. “Whole communities were washed away, never to exist again.”

Federal Emergency Management Agency Administrator Pete Gaynor urged people in Laura’s path to stay home, if that’s still safe. “Don’t go out sightseeing. You put yourself, your family at risk and you put first responders at risk,” he told “CBS This Morning.”

Forecasters expected a weakened Laura to cause widespread flash flooding in states far from the coast. An unusual tropical storm warning was issued as far north as Little Rock, where forecasters expected gusts of 50 mph (80 kph) and a deluge of rain through Friday. After turning eastward and reaching the Atlantic Ocean, it could again become a tropical storm and threaten the Northeast.

Laura hit the U.S. after killing nearly two dozen people on the island of Hispaniola, including 20 in Haiti and three in the Dominican Republic, where it knocked out power and caused intense flooding.

Laura was the seventh named storm to strike the U.S. this year, setting a new record for U.S. landfalls by the end of August. The old record was six in 1886 and 1916, according to Colorado State University hurricane researcher Phil Klotzbach.