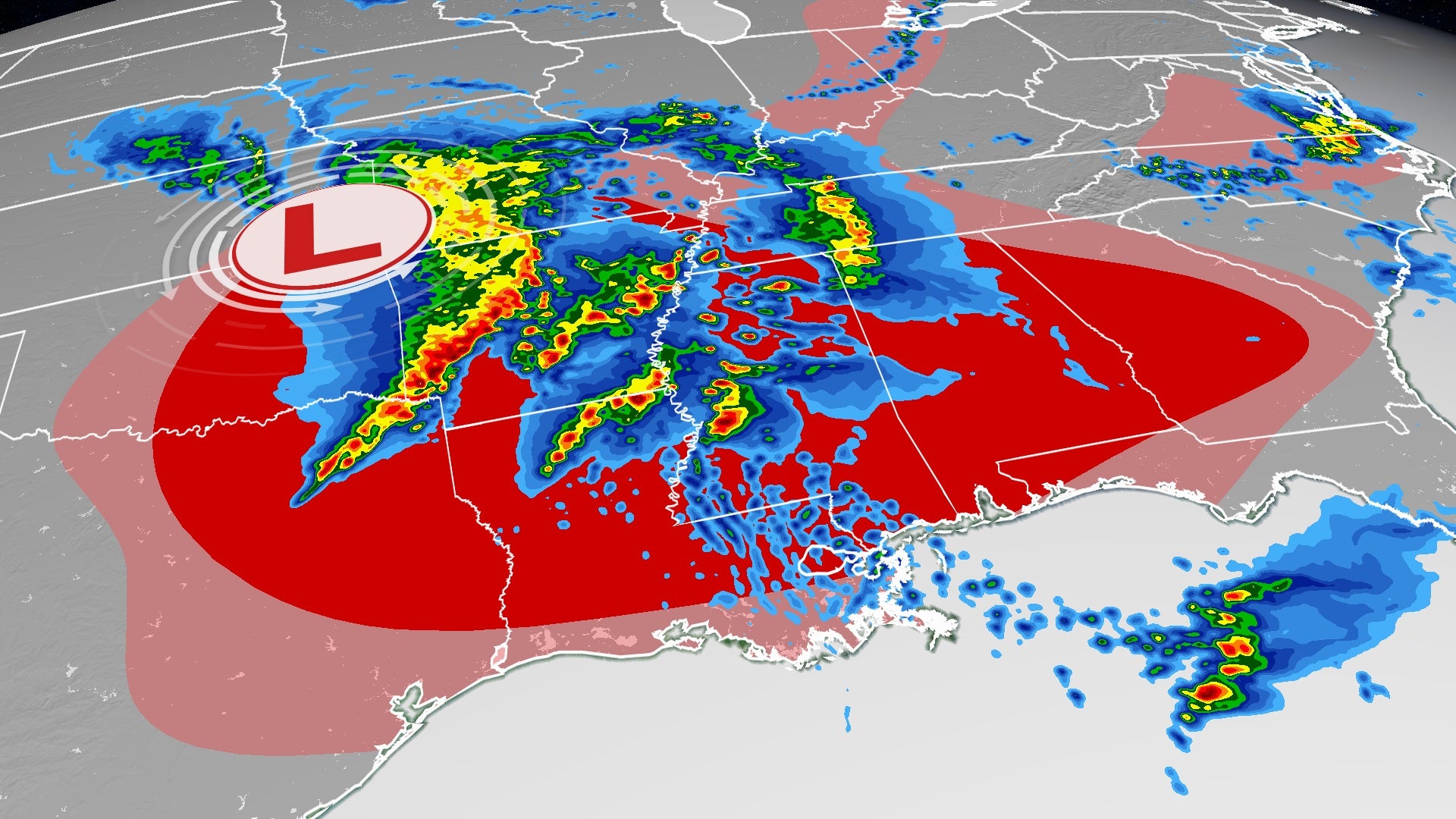 (CNN) — Nearly 80 million people in the South are facing the risk of severe weather Friday into Saturday, with the threat of tornadoes, destructive winds and large hail.

The area under the threat of severe weather spans from southeastern Texas through the Florida Panhandle at the Gulf Coast to lower Michigan. The greatest threat will be in parts of Arkansas, Louisiana, Mississippi and Alabama which the National Weather Service’s Storm Prediction Center (SPC) labeled a level 4 out of 5, or “moderate risk.” This includes Jackson, Mississippi and Monroe, Louisiana.

“Significant severe storms, including widespread damaging winds, and at least a few tornadoes are expected across portions of northeast Louisiana into Mississippi, especially overnight,” said the SPC.

The SPC is also warning that some areas, especially those in the region labeled “moderate risk,” could experience hurricane-force winds, which are winds of at least 74 mph.

The overnight hours will be of most concern for these dangerous storms, but the threat will begin earlier in the day.

During the day Friday, there will be rounds of showers and thunderstorms across the Southeast, with some of these possibly turning severe. The main threats posed by these storms are hail and wind.

Severe storms were beginning to break out acros the South as of Friday afternoon. The SPC has issued a severe thunderstorm watch for parts of Texas, Arkansas and Louisiana, in effect until 6 pm CDT. A separate watch is in effect until 7 pm CDT for central Alabama.

The SPC anticipates multiple lines of storms to form in this region, so even though there could be storms as early as Friday afternoon, the severe risk will continue well into Friday night.

By Friday evening, scattered storms are forecast to also form further east into Mississippi, Alabama and Tennessee, and unfortunately the worst of the storms could happen after sunset.

“While tornadoes are possible, it appears the straight line winds will be the primary concern,” said the National Weather Service office in Jackson, Mississippi. “Having said that, there could be swaths of wind damage that resemble EF-0 to EF-1 type (tornado) damage, so folks should certainly take the wind threat seriously.”

The rest of the South could also deal with several rounds of strong storms. The weather won’t clear up until early Saturday morning west of the Mississippi River while locations east of there will likely still be stormy.

The storm system triggering this anticipated severe weather outbreak will continue to trek east, forcing the thunderstorms to move east as well.

The severe weather threat will shift more toward the Southeast on Saturday. With many severe weather setups, the strong storms occur typically late in the day, but we could see persistent, threatening storms Friday night continuing into Saturday.

On Saturday, the area most at risk for severe weather will be near the Gulf Coast. This includes cities such as Montgomery and Mobile in Alabama and Pensacola, Florida, in the level 3 out of 5, “enhanced risk.”

There is also the risk for a few strong storms farther north across the Southeast and even as far north as Chicago and Cleveland.

Tornadoes do remain possible, especially near the Gulf Coast. The storms by this point in time will likely have evolved more into a line of storms instead of the multiple lines and supercell thunderstorms, which are the discrete spinning storms, expected Friday into Friday night.

By Saturday night, the severe threat will begin to diminish. As the storms near the East Coast in Georgia and the Carolinas, they may dissipate while showers move into central Florida.

This storm system will draw in a good deal of moisture from the Gulf of Mexico, allowing for heavy rain to fall from the thunderstorms Friday into Saturday.

In some areas, especially centered around Mississippi, multiple occurrences of these heavy storms are anticipated, creating the risk for several hours of potential rainfall rates in excess of 2 inches per hour.

Rainfall amounts will be variable, as it depends on the track of the thunderstorms, but generally, 1 to 2 inches of rainfall is forecast for much of the South. The likeliest areas to see totals between two and five inches will be across Mississippi, Alabama and the Florida Panhandle.

There will be a period of drier weather for this region by Sunday, but the next chance for rain will likely arrive on Tuesday.