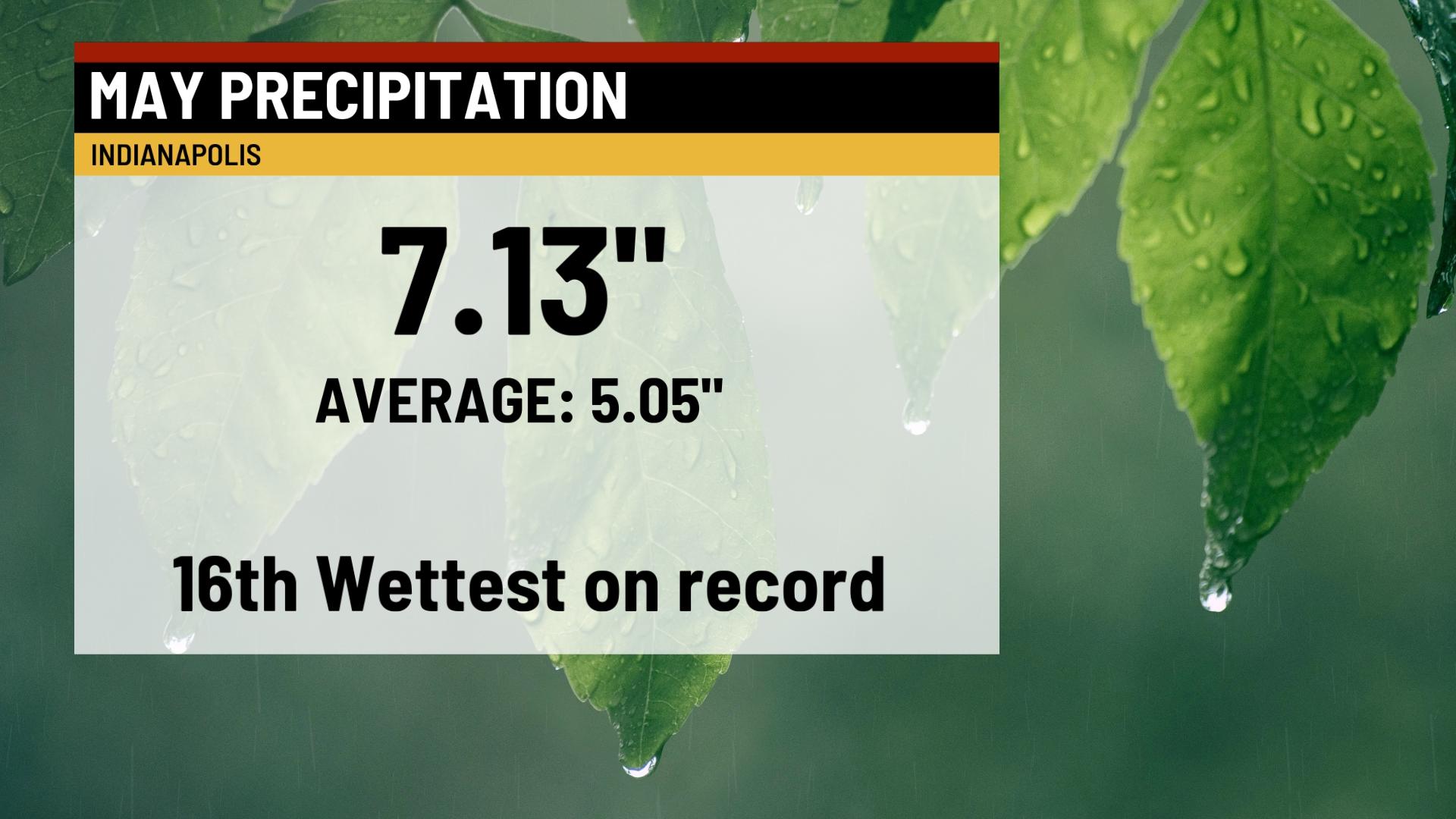 INDIANAPOLIS (WISH) — The start of June brings an end to meteorological Spring. Here’s an overview of how the three month stretch went.

First lets take a look at the month of May. We had a long stretch of cool weather early in the month, but a late surge in temperatures during the back half of the month put us closer to average. The average temperature for the month was 60.7°, making it the 46th coolest May on record.

Precipitation also played out very much like temperatures. We started May off very dry. Over the last 2 weeks, we really made up for that deficit. We picked up 5.58″ since May 17th, which is slightly over the entire monthly average (5.05″). We finished with 7.13″ of rain for the month, making it the 16th wettest May on record.

The Climate Prediction Center outlook calls for a higher chance of above average temperatures, and equal chances for below and above average precipitation.