Tornado-producing storms are pushing across South 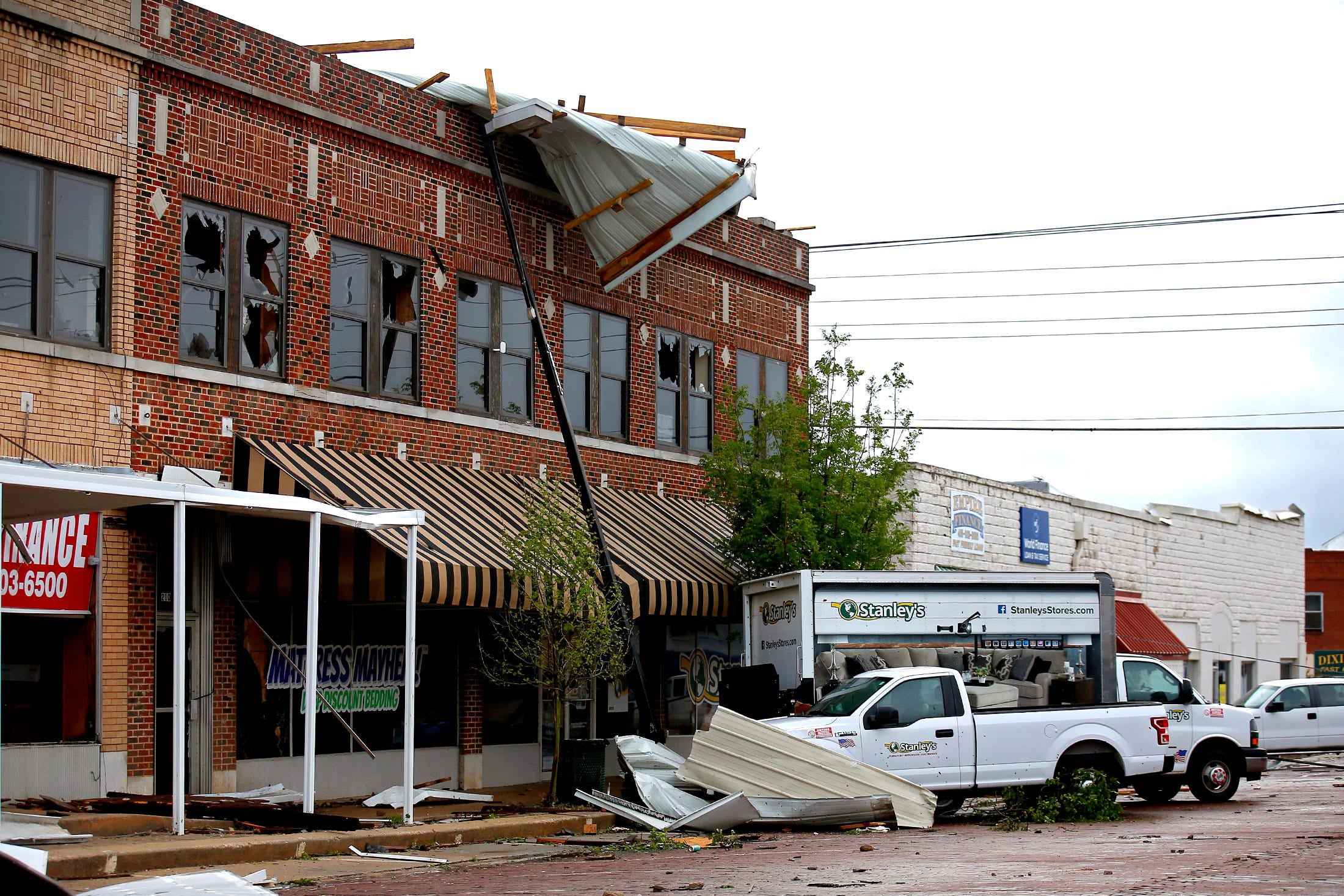 (CNN) — Tornadoes, flash flooding and hail threaten a wide section of the South as they push east Thursday, a day after the same line of severe storms spawned reported tornadoes — snapping power lines, tearing apart buildings and enticing storm-chasers — in Texas and Oklahoma.

An enhanced risk — Level 3 of 5 — for severe storms is forecast across east Texas, southern Arkansas and northwest Louisiana, including Shreveport.

A slight risk — Level 2 of 5 — surrounds the enhanced risk area and covers nearly 10 million people, including in Dallas and Austin in Texas and Memphis, Tennessee. The same severe impacts threaten these places but with a slightly lower probability of dangerous conditions than those in the enhanced risk zone.

“Scattered severe storms are likely, mainly during the afternoon into early evening across parts of central to east Texas through the Mid-South. Damaging winds should be the primary hazard, but isolated tornadoes and large hail will also be possible,” the prediction center said.

Get ahead of the storm: Sign up for weekly email updates from CNN meteorologists

“In addition, heavy rain will be associated with these thunderstorms,” the prediction center said.

This could lead to flash flooding, especially in urban areas and along small streams. Flash flood watches are posted in parts of Oklahoma, Kansas, Missouri and Arkansas through Thursday evening.

Tornadoes spawned by these storms roared Wednesday across an area known for storm-chasing.

Livestreams of tornadoes came in from storm chasers in Texas.

And news stations flying helicopters captured the storms in Oklahoma.

At times, storm chasers jammed roads as they tried to get a glimpse of the catastrophic weather, their livestreams showed.

Southeast and Mid-Atlantic are threatened Friday

By Friday, this storm system will move through the Southeast and Mid-Atlantic, again bringing threats of isolated tornadoes, damaging wind and hail.

An enchanced risk of severe storms — Level 3 of 5 — has been issued for portions of central Alabama and Georgia, including Montgomery, Alabama, and Macon, Georgia.

More than 60 million people will be under the threat of severe storms Friday from the Mid-Atlantic to the Gulf Coast.

A level 1 and 2 out of 5 surround the enhanced risk and include Atlanta, Charlotte, New Orleans and Washington, DC.