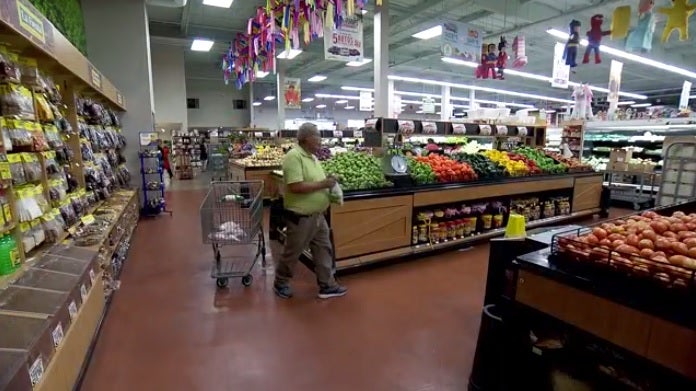 LAS VEGAS (KLAS) — The spirit of entrepreneurship among Hispanics across the nation is breaking boundaries.

Mariana’s Supermarkets, which now has 5 locations and has an annual revenue of nearly $70 million, started as a small tortilla shop in east Las Vegas back in 1989, but now it’s a grocery store empire. Ruben Anaya says his parents Hipolito and Ana Maria Anaya, along with his siblings, built it from the ground up. “Never in a million years would I imagine we’re in the supermarket business,” Anaya said. He remembers going door to door as an 11-year-old kid selling tortillas.

According to the Latin Chamber of Commerce Nevada, small businesses are showing huge momentum right now. “Latino businesses are growing twice as fast as non-Latino. That’s not only in Nevada. That’s nationwide, and Nevada is a reflection of what’s going on nationwide,” said Peter Guzman, president of the organization. He says Hispanics have a national purchasing power of nearly $1.7 trillion. In Nevada, it’s about $17 billion.

In North Las Vegas, another business influence making waves is Maya Cinemas. The luxury movie theater opened its sixth U.S. location there in early 2019. Councilman Isaac Barron welcomes the project, saying the area, which is 70 percent Hispanic, has a history of being underserved. “There used to be an old joke, not very nice; ‘you can’t buy a suit in North Las Vegas, and even if you could buy one there’s no place to wear it.’ Well, we’re addressing that, and we’re addressing it with people who are willing to take a chance,” Barron said.

Esparza is a Mexican-American film producer and activist. He was among the group of students arrested back in 1968 during the student-led walkouts in East Los Angeles. “Unfortunately, the response of the school district back then was to send the police to beat us up, arrest us, call us criminals, when what we wanted was an education,” said Esparza.

That was the beginning of Esparza’s community activism. The Mexican-American producer, entertainment executive, entrepreneur, is well known for his contributions to the movie industry and commitment to creating opportunities for Latinos everywhere. He has won over 200 honors and awards, including an Emmy Award, a Clio Award, an ALMA Award, and a CINE Golden Eagle Award. He has also been nominated for an Academy Award and a Golden Globe.