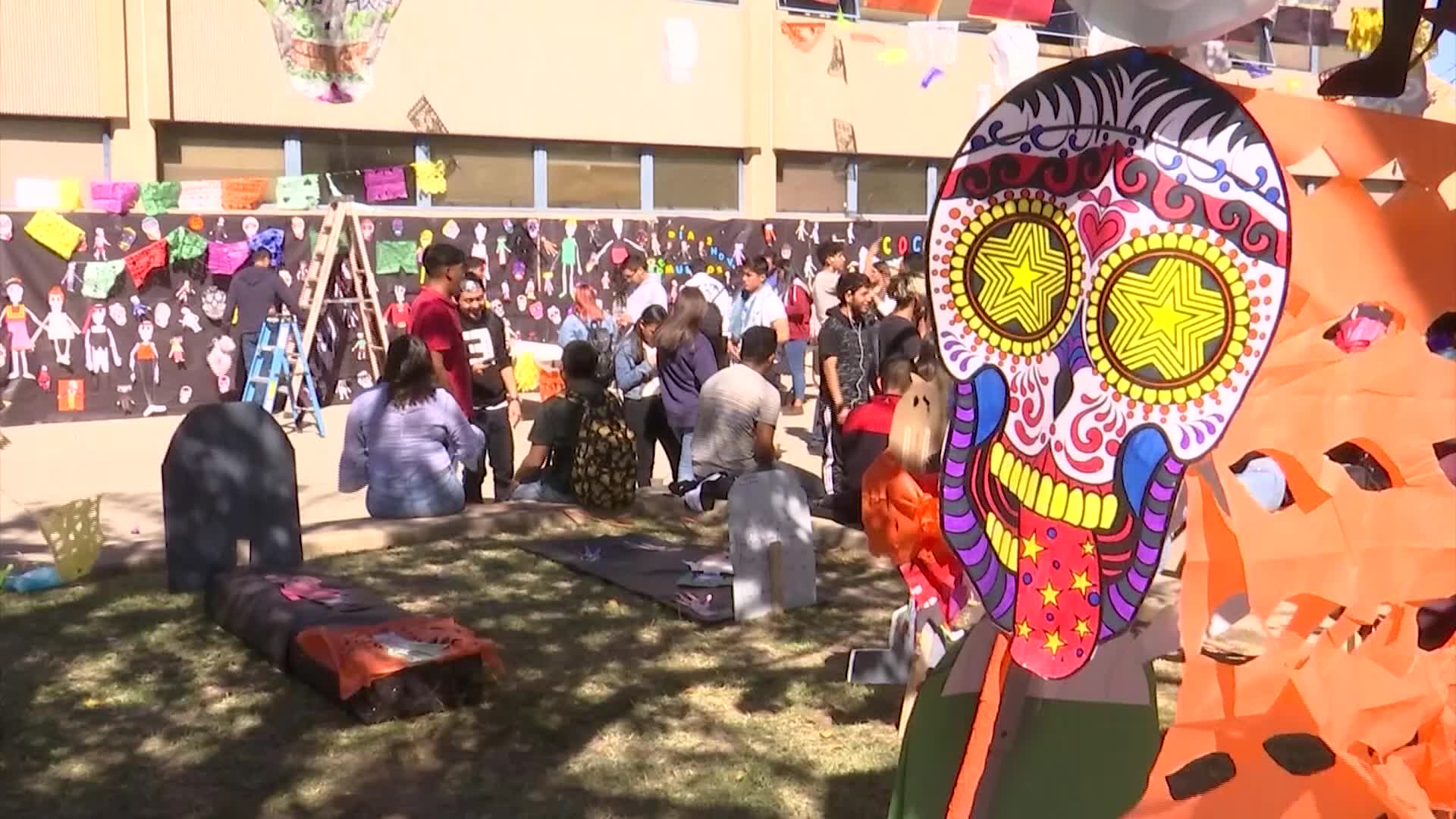 (KTSM) – Hispanic Heritage Month begins later this month, and part of Mexican culture includes celebrating the lives of those who have died. In most areas, Day of the Dead, or “Dia de Los Muertos,” is actually a series of days.

November 1 is meant to honor the children and babies who have died, while November 2 is when adults are honored and celebrated. “It’s a day when there is no lamentation,” Historian Bernie Sargent explains. “They are not feeling down because of somebody they lost.”

Dia de Los Muertos is usually joyful and recognizes death as part of the human life process. It’s a tradition that originated mostly in Mexico and Central America, and has spread to the U.S. “It just changes the whole look of the cemetery, it just comes back to life,” Historian Melissa Sargent tells KTSM.

Whether it is on the gravesite or an altar, people often decorate with a photo of their loved one surrounded by flowers and anything else they used to enjoy eating or drinking. “The dead come back and celebrate with the family,” Melissa Sargent said. “They’re remembered. They have conversations. The dead enjoy the foods that have been put out. They come back, celebrate, and party with the families.”

The purpose is to call their spirit to join them for a day as family and friends celebrate the person’s life. “The communication, most of which, is subconscious. They feel a presence of that person and they feel that person is reaching out to them from the beyond and sharing with them what is going on and encouraging with them,” Bernie Sargent explains. “Life will always end with passing, but don’t have any negatives about it. Enjoy life while you can and look forward to being with them in the afterlife.”

Another item traditionally placed on altars are the popular sugar skulls made completely out of sugar and decorated with sugar icing. “(It’s) palpable for children, especially,” Olga Avant-Mier said. “The sweetness is kind of the sweetness that is life.”

Throughout the decades, they’ve become more vibrant and colorful. “Every single skull is unique and different,” Avant-Mier explains. “If it was a girl, you could do flower or if it was a man, we could do a mustache.”

In 2015, the James Bond film, “Spectre,” had a scene featuring a Dia de Los Muertos parade. However, at the time, parades for Day of the Dead did not exist. Historians say as the Mexican government wanted to promote the culture and people started asking about parades, it decided to organize the parade of “Día de Los Muertos.”