Jimmie Johnson ready to make the most of Indy 500 debut 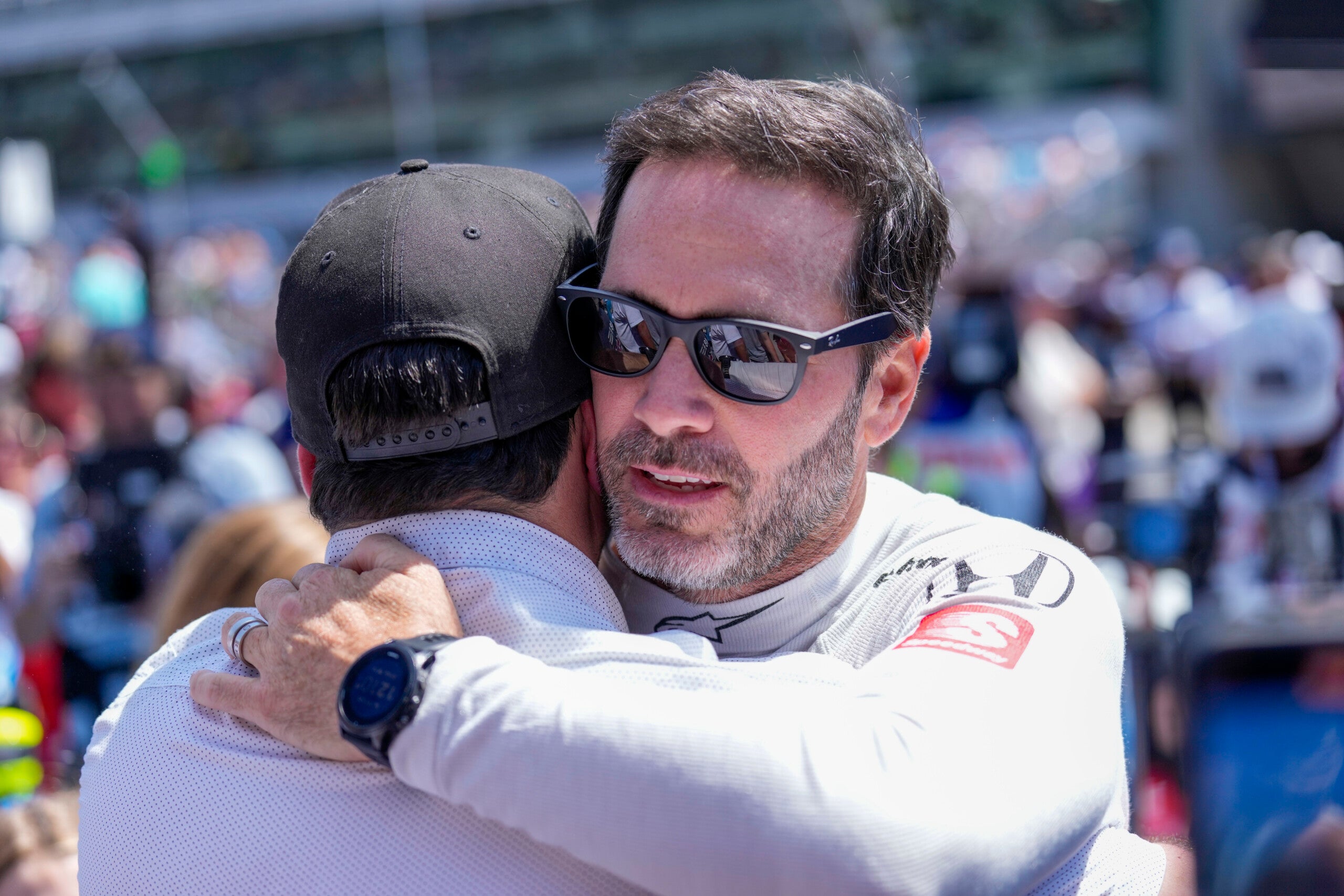 INDIANAPOLIS (AP) — Jimmie Johnson was ready to start the first Indianapolis 500 of his career.

He was the biggest celebrity at the track on Sunday. He had friends and former crew members from his old NASCAR team on hand to support him.

Johnson gave big hugs to his daughter and wife before he slipped inside the No. 48 car.

Johnson started 12th Sunday as he tried to join A. J. Foyt and Mario Andretti as the only drivers to win both the Indianapolis 500 and the Daytona 500.