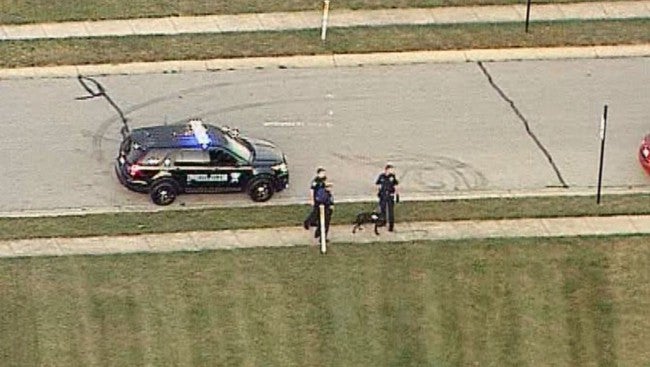 FISHERS, Ind (WISH) – Fishers police arrested two men after they say an alert neighbor spotted them breaking into cars. It’s a type of crime that’s on the rise in Fishers.

Wednesday morning, more than a dozen officers chased after 19-year-old Edward Williams and 19-year-old Trevon Jarrett, both of Indianapolis. Another man was also in custody but later released.

Jarrett faces a resisting law enforcement charge, and both face theft and unauthorized entry charges. Car break-ins are on the rise in Fishers.

“That’s a little disturbing,” Fishers resident Lilli Hazard said. “Fishers is known to be kind of a quiet, sleepy area, although it is growing so I suppose it’s going to happen.”

A few weeks ago, officers said thieves hit Cheryl Loy’s street. She knew something was wrong when an officer knocked on her door.

“He had been driving through the neighborhood, saw one ajar, a door ajar,” Loy said.

When she approached her son’s car, Loy realized someone went through it.

“It was just really unsettling and unfortunate, because you feel like it’s a safe place and a safe neighborhood,” Loy said.

Thieves aren’t just hitting cars on the street. Officers tell WISH-TV that if a garage door opener is found, they’re also breaking into cars left inside homes as well.

To get the number of crimes down, officers have stepped up patrols.

“I think the department itself has become a lot more proactive, which helps out us a lot as a police officer, with things such as impact crime, where we’re out in the neighborhoods trying to stay ahead of the crime and being more visible,” Fishers Officer Bihn Dennis said.

While they’re doing more, officers said they need neighbors to help. Many of these cases are caused by people not locking doors.

It’s a message Loy said her sons have received.

“I think they usually lock their cars, so now be a little bit more diligent,” Loy said.