2nd grader saves sister from fire, wants to be firefighter 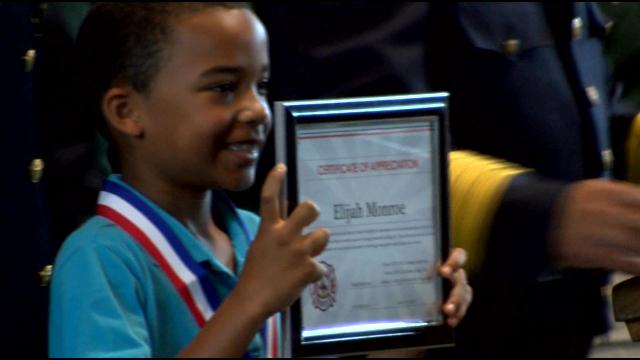 SNOW HILL, N.C. (WNCT) – A second grader in Greene County, North Carolina is being called a hero after saving himself and his teenage sister from a fire.

West Greene Elementary student Elijah Monroe was honored at his school Wednesday morning for his bravery.

Fire officials credit his quick thinking and attention in school to saving his family after a couch at his home caught fire last month.

Elijah says he knew he had to get out quickly because of fire safety class.

“If they hadn’t came and told us what to do then we might have been stuck and not known what to do,” said Elijah Monroe. “Then it would have just been worse, and worse and worse. And if no one called 911 and we didn’t know what to do, we would have all went down together.”

Elijah’s home was a total loss because of the fire. He says when he grows up he wants to be a firefighter so he can help save more lives.