300 artifacts from 2014 raid of Indiana farm returned to China 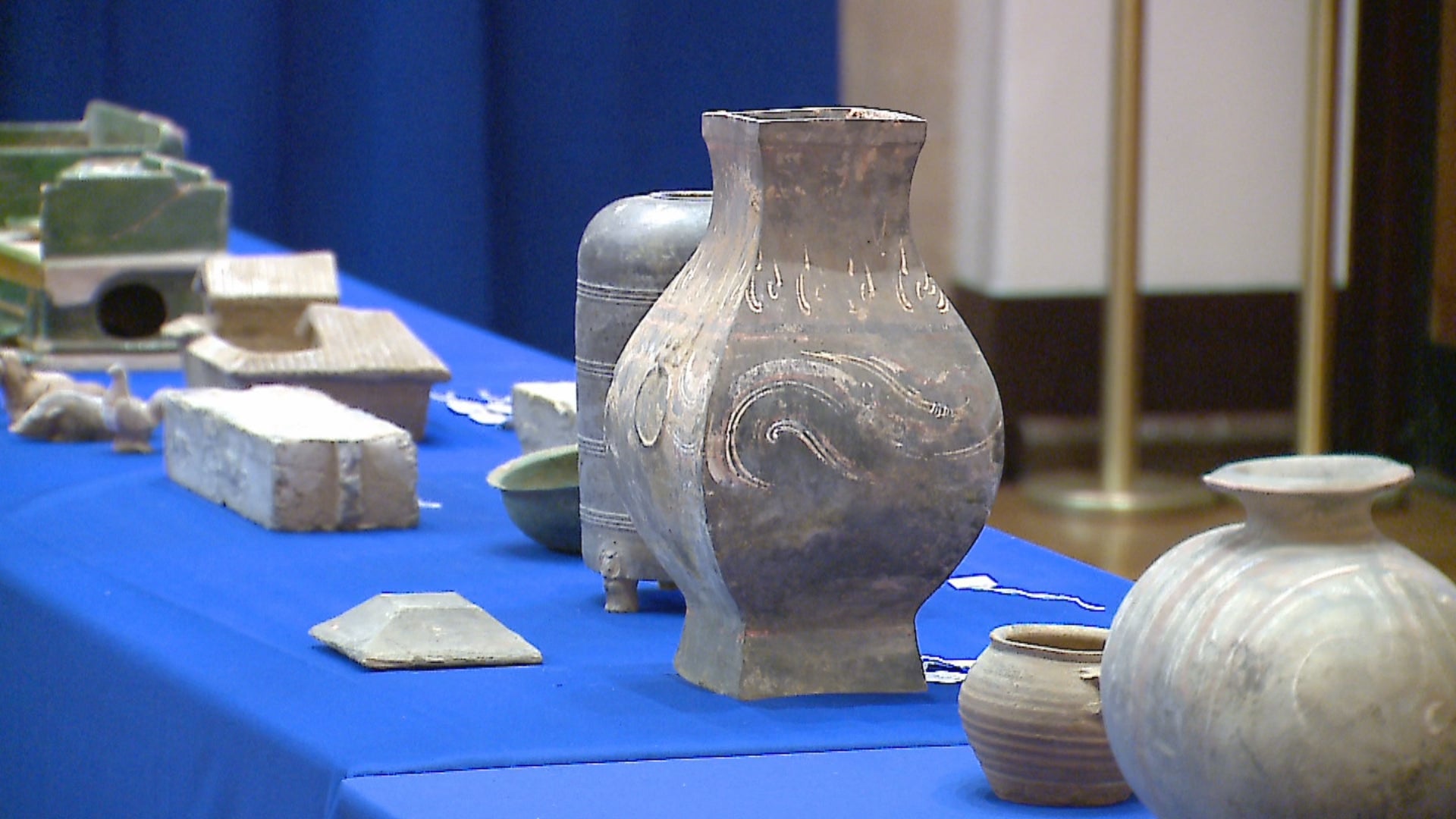 INDIANAPOLIS (WISH) — The FBI returned more than 300 cultural artifacts to China on Thursday.

They were discovered at a central Indiana farm in 2014.

The Chinese ambassador to the United States attended a ceremony Thursday at the Eiteljorg Museum of American Indians and Western Art.

The artifacts were among thousands removed from a farm property in Rush County.

“The U.S. and the People’s Republic of China both understand the impact and the transnatural nature of these crimes. Each of our nations are deeply rooted with diverse cultural heritage,” said Kristi Johnson, the FBI transnational organized crime section chief.

The ceremony was part of the continued effort by the FBI’s Art Theft Program to reach out to official representatives of Native American tribes and foreign governments to determine whether they have a claim to any of the recovered artifacts.

The farm was in rural Waldron. Don Miller’s collection of shrunken heads, Ming Dynasty jade and other international artifacts became the focus of a 2014 FBI raid. Miller died in 2015 at age 91 and he was never charged. The FBI said Miller might have removed the artifacts illegally from countries around the world.