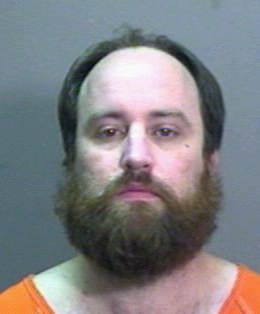 INDIANAPOLIS (AP) – A federal appeals court threw out the death sentence of a man convicted of killing a central Indiana sheriff’s deputy, ruling Tuesday he is intellectually disabled and categorically ineligible for execution.

The 7th U.S. Circuit Court of Appeals opinion written by Judge John Tinder also found Tommy Pruitt’s trial attorneys did not effectively present evidence that he suffers from schizophrenia. The appeals court sent the case back to a lower court for resentencing, and Pruitt remains in custody.

Pruitt was convicted of murder in the slaying of Morgan County Deputy Dan Starnes on June 14, 2001. Starnes, accompanied by his son Ryan Starnes, who was then in a police intern, stopped Pruitt for erratic driving along a rural road southwest of Indianapolis. Pruitt shot Dan Starnes five times in a gunfight in which Pruitt also was wounded. Dan Starnes died nearly four weeks later.

Pruitt’s case was moved to southeastern Indiana’s Dearborn County because of pretrial publicity, and he was convicted in 2003 of murder and other charges.

Indiana Attorney General Greg Zoeller said in a statement his office “is reviewing the 7th Circuit’s ruling to determine whether grounds exist to seek a rehearing from the 7th Circuit or appeal to the United States Supreme Court. … We will thoroughly evaluate the State’s appeal options.”

U.S. District Judge Robert Miller in South Bend ruled in 2012 that Pruitt’s IQ was close to the cutoff for mental retardation but that state courts did not act unreasonably in finding him able to stand trial. The Indiana Supreme Court rejected a similar appeal from Pruitt in 2009.

A phone message seeking comment was left for one Pruitt’s attorneys.