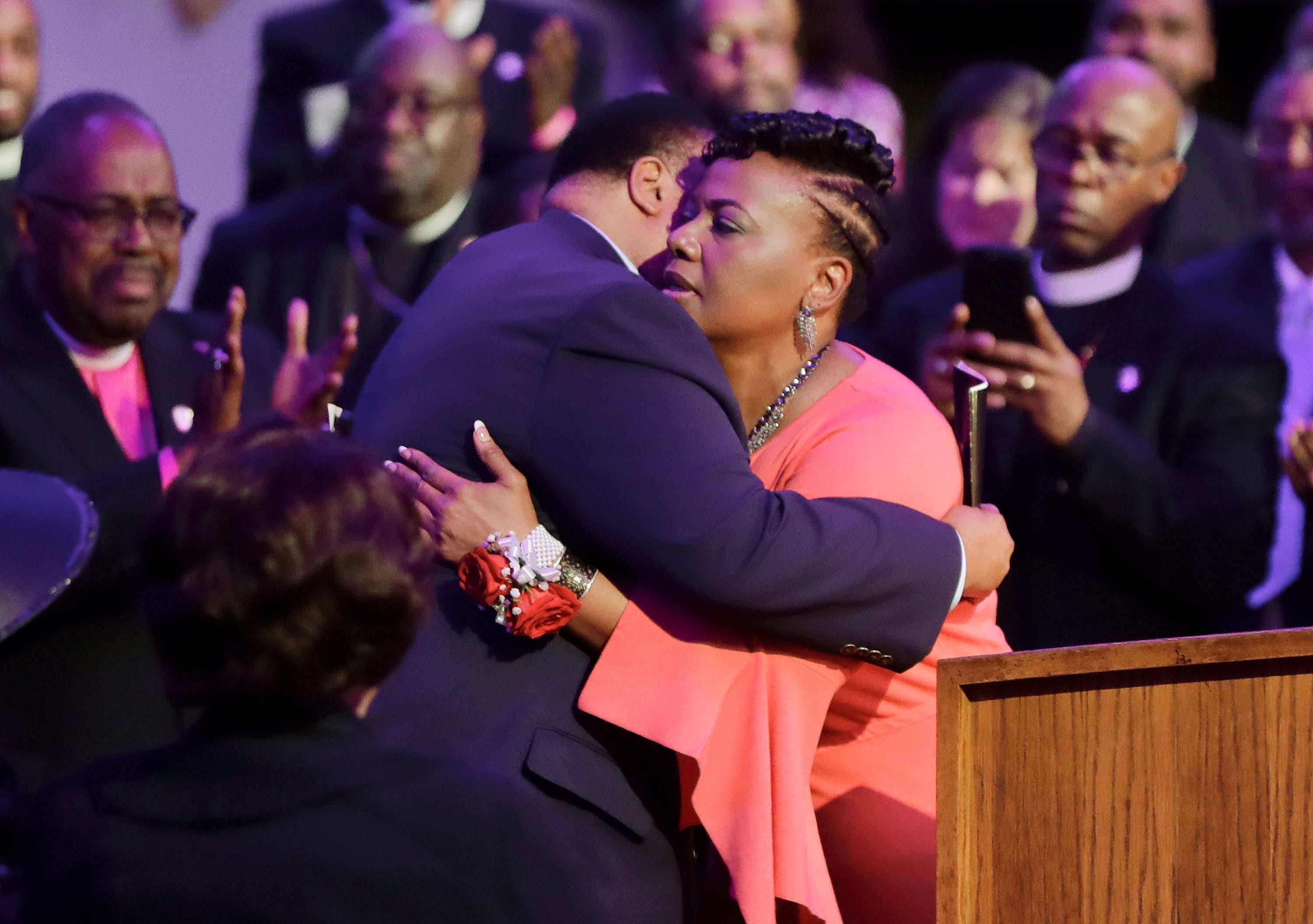 Fifty years after a shot rang out in Memphis, killing the Rev. Martin Luther King Jr., freedom rang from the balcony of the Lorraine Motel as a bell tolled 39 times to mark a life cut short by racism.

King died among the most hated men in America, but Wednesday, admirers grateful for his life and legacy mourned his loss and pledged to carry on his unfinished work to end racial injustice and economic inequality

“Nothing would be more tragic than for us to stop at this point,” said the Rev. William Barber, who will renew King’s Poor People Campaign this spring. “We must go up together or go down together. What he said then is what we must do now.”

A host of tributes to the slain civil rights leader were held across the country. At the epicenter was Memphis, where King was assassinated on April 4, 1968, while in town for a sanitation workers’ strike. The dignity of the workers paralleled this year’s anniversary, with teachers in Oklahoma and Kentucky walking out of schools to push for more funding.

The triple evils of racism, poverty and war that King hammered at the end of his life linger — from economic, educational, housing and health disparities to the looming threat of nuclear war. Both the speakers and marchers of the day pledged their commitment to picking up King’s mantle.

The Rev. James Lawson, who invited King to Memphis 50 years ago to assist with the sanitation workers’ strike, said more progress is needed toward King’s goal of equality for all.

Speaking in King’s hometown of Atlanta, the Rev. Bernice King recalled her father as a great orator whose message of peaceful protest was still vital decades later.

“We decided to start this day remembering the apostle of nonviolence,” she said during a ceremony to award a prize named for her father.

As painful as losing her father was, she said she wouldn’t change history.

“Actually, I’m glad that everything happened the way that it happened because I can’t imagine the world that we live in without the contributions of Martin Luther King Jr. and Coretta Scott King and the sacrifice that they made,” she said.

As a march began in Memphis, people locked arms or held signs as they chanted and sang songs such as “We Shall Overcome.” Memphis police estimated the crowd at about 10,000.

“We know what he worked hard for, we know what he died for, so we just want to keep the dream going,” said Dixie Spencer, who came from nearby Hardeman County, where she’s an NAACP leader. “We just want to make sure that we don’t lose the gains that we have made.”

Martin Luther King III addressed marchers at the end of their route.

“There’s something wrong in our nation where a minimum of 48 million people are living in poverty. That’s unacceptable. We must do better. America should be embarrassed about having people living in poverty,” he said.

In the evening, ringing bells marked the moment King was gunned down at age 39. Members of King’s family pulled a rope together to ring a bell 39 times at the pool surrounding the Atlanta crypt of King and his wife. The family then laid a wreath of multicolored flowers in front of the crypt. The crowd gathered outside the Lorraine Motel fell silent as the bell began to ring there. A red and white wreath was placed on the balcony where King had been standing when he was shot.

Small-time criminal James Earl Ray pleaded guilty to the killing and quickly recanted, claiming he was set up. The conviction stood, and Ray died in prison in 1998.

Marking the anniversary of the assassination, President Donald Trump issued a proclamation in honor of the slain leader, saying: “In remembrance of his profound and inspirational virtues, we look to do as Dr. King did while this world was privileged enough to still have him.”

The president has been the target of veiled criticism by some speakers at King commemorations in recent days as they complained of fraught race relations and other divisions since he was elected.

Shirley Mason was a young woman living in Detroit when King was killed. Now 70, she said she came to Memphis not only to honor King’s legacy but to call for his work to be continued.

“(King) went through the struggle and gave up his life,” she said. “Why not get out ourselves and do some sacrificing?”