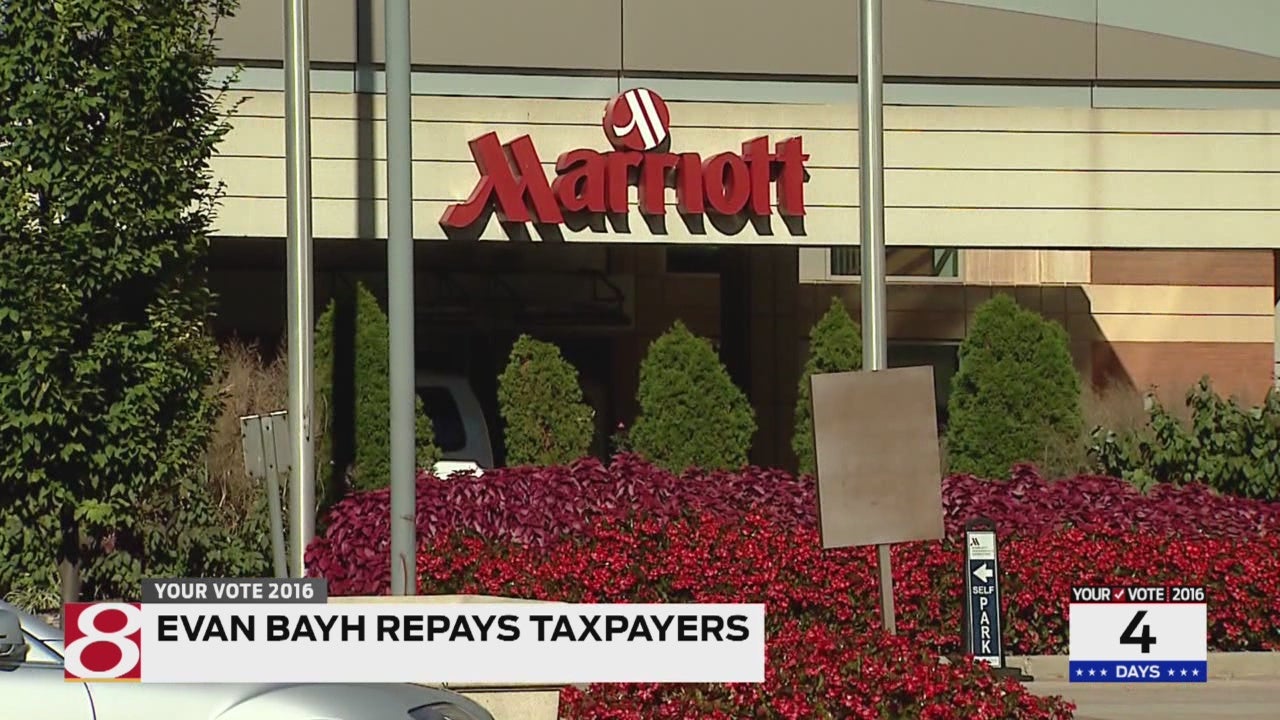 INDIANAPOLIS (WISH) — Evan Bayh is returning taxpayer money to the government because of a apparent violation of Senate rules.

It’s money that was spent so that he could stay in an Indianapolis hotel and it means that Bayh’s very bad week just got worse.

That’s because this story plays into the Republican argument that Bayh left Indiana behind when he went to Washington.

Politico.com pressed the former Senator on details from his 2009 schedule. They show that he was reimbursed for a five-night stay at the downtown Marriott despite the fact that he owns an Indianapolis condo.

Politico reports that because the stay came during a Senate recess, it is in violation of Senate rules and that Bayh will personally repay $737.

Bayh has previously argued that he takes a homestead tax credit on his northside condo because it is his primary residence.

“I think it’s a pattern and the pattern matters to people,” said Jay Kenworthy, the spokesman for Republican Todd Young. “They see that Evan Bayh’s not somebody they can trust. He’s not the same person he was back in the ’90’s.”

Ben Ray, a spokesman for the Bayh campaign issued a statement that says, in part, “Out of an abundance of caution we are returning more than $700 to the treasury in a case where records are incomplete but suggest that billing may have taken place in error.”

The Bayh campaign declined an interview.

This all happens in a week when Republican Todd Young caught Bayh in the polls and took a lead in the Senate race for the first time.