Board investigates kittens frozen to death at Indiana animal shelter 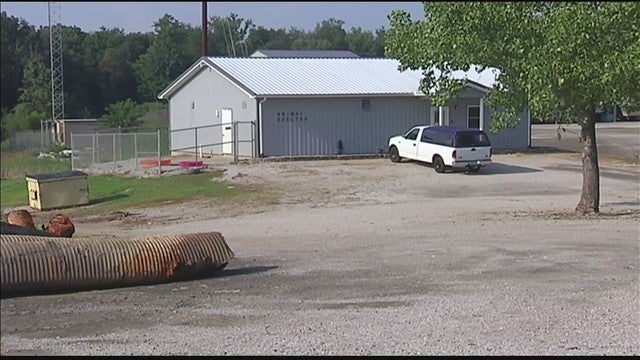 CHRISNEY, Ind. (WEHT) — The agency overseeing the Spencer County Animal Control Shelter in Chrisney said it has adopted new policies and procedures after reports that animals were frozen alive as a form of euthanasia.

The Spencer County Animal Control Board on Tuesday released a statement. A former shelter employee had come forward with the allegations.

In the statement, sent through a law firm, the Spencer County Animal Control Board said,  “The mission of the shelter is to provide a facility for humane care and treatment of stray and unwanted domesticated animals.”

The statement continues, “The Board acknowledges that actions have occurred that are fundamentally opposed to that mission.”

The board said it has “carefully reviewed its policies and has adopted new policies and procedures to address these unacceptable actions.”

The lead investigator in a case involving the Spencer County Animal Shelter said a handful of witnesses have confirmed the shelter euthanized animals on two different occasions by freezing them alive.

Authorities are unsure of total number of animals euthanized in this manner.

King and Spencer County Deputy Prosecutor Tom Pulley said the investigation will be taken on by the state, citing conflict of interest in one county entity investigating the other. Indiana State Police likley will be taking on the investigation, but that will not be known for days or a week, authorities said.

A veterinarian who works closely with the shelter, as well as a board member, but Monday no new details or information was available to be shared on the record.

WEHT-TV was the first to report the investigation into the Spencer County Animal Shelter on Saturday after a former employee said her director asked her to euthanize animals on multiple occasions by freezing them alive.

The employee said her director and Spencer County Animal Control Officer Christina Payne asked her to put the kitten in the freezer.

Bridgett Woodson said, “The first time I was given an option to either just put it in a bag and put it in the freezer with no sedation, nothing because I’m not a vet, I don’t have the license to be able to do that.”

After she refused, she said, she was asked again when another cat at the shelter was hit by a car.

“The second time I was not given the option, and I was just told to go ahead and put it in the freezer. I mean, this cat was still up and moving and I had told her, and I still got the same response,” Woodson said. “I refused both times, and the second time I took it upon myself to call the vet myself, to get the kitten there and I told her if money is the problem, you can go ahead and bill me.”

Woodson said she then went to board members and, after not seeing any action taken, she resigned.

The American Veterinary Medical Association has deemed hypothermia as an unacceptable and inhumane mode of euthanasia.

Christina Payne, the Spencer County Animal Shelter director and animal control officer, hung up the phone after a WEHT-TV reporter identified herself.

Spencer County is about 100 miles south-southwest of Indianapolis.