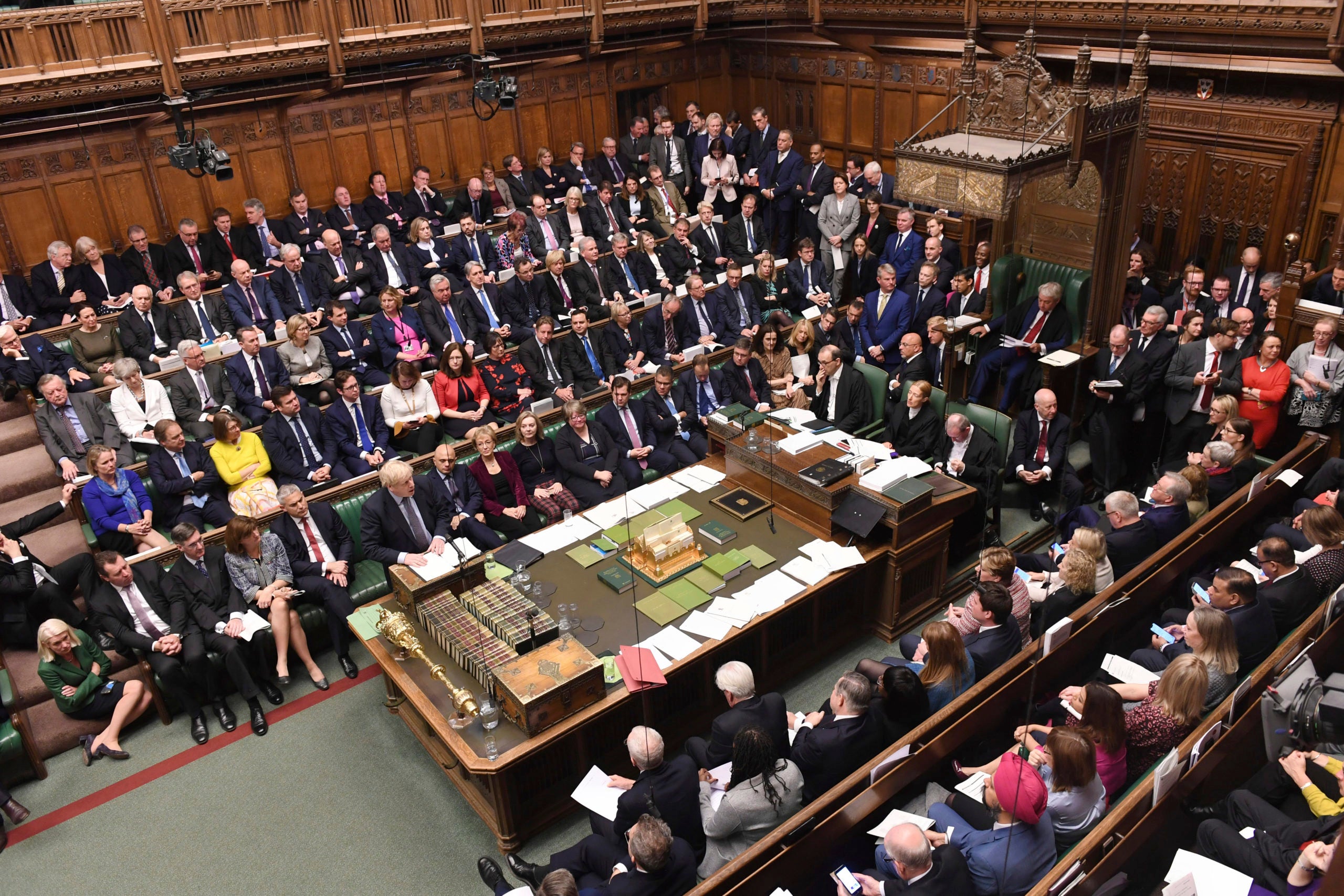 Britain's Prime Minister Boris Johnson, stands at left, to give a statement to lawmakers inside the House of Commons to update details of his new Brexit deal with EU, in London Saturday Oct. 19, 2019. At the rare weekend sitting of Parliament, Johnson implored legislators to ratify the Brexit deal he struck this week with the other 27 EU leaders. (Jessica Taylor/House of Commons via AP)
by:
Posted: Oct 19, 2019 / 09:56 AM EST / Updated: Oct 19, 2019 / 09:56 AM EST

LONDON (AP) — British lawmakers have voted to postpone a decision on whether to back a Brexit deal with the European Union, throwing a wrench into government plans to leave the bloc at the end of this month.

At a special session of Parliament intended to ratify the deal, lawmakers instead voted 322-306 to withhold their approval until legislation to implement the agreement has been passed.

The vote is a major blow to Prime Minister Boris Johnson and means he has to ask the EU to delay Britain’s departure. Parliament previously passed a law compelling him to do that if a deal had not been passed by Saturday.

The move is intended to ensure the U.K. can’t crash out of the EU without a deal on the scheduled Oct. 31 departure date.

The government still hopes it can pass the needed legislation by the end of the month so the U.K. can leave on time.