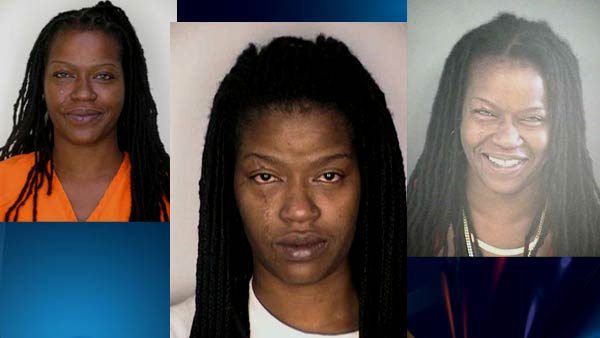 HILLSBOROUGH COUNTY, Fla. (WFLA) — A Hillsborough school bus driver who resigned  “for personal reasons” following a bus crash in March, was able to keep transporting students a week after submitting what a collector described as “looking and smelling like chicken broth” during a routine drug screening.

A second test the same day of the “chicken broth” sample turned out to be positive for pot, but the school district didn’t find out until the day after Crews crashed her bus into a Toyota driven by David Senquiz and was cited by Tampa police for failure to yield the right of way.

Senquiz had just purchased his car three weeks earlier and it was totaled in the crash. He had to buy another car and is now saddled with car payments he didn’t have before.

“I had my life going one way and it just mixed everything up,” said Senquiz.

None of the 26 kids on Crews’ bus that day had injuries, but the excited passengers sure threw a scare into Senquiz. “All I heard was like children screaming,” he said.

Beekman insists he is not allowed to keep a bus driver off the road unless a positive drug test comes back from the lab–even in cases where the drug screening sample collector suspects a driver is trying to fake a sample with “chicken broth” or some other substance.

“That’s what the federal law outlines that we have to do,” Beekman said. He explained that short of a positive drug screen, the district has to have a “stand down” waiver from the federal DOT to take a driver off the road.

The DOT tells 24-Hour News 8’s sister station WFLA the drug screen in question didn’t fit into its required testing program so any rules regarding a “stand down” should have been up to the district.

Whatever the case, Crews kept driving.

It turns out the positive drug screening wasn’t Crews’ first brush with marijuana, but that didn’t stop the school district from hiring her as a driver last October. “This information that you’re sharing with me is brand new to me,” Beekman told Eight On Your Side after hearing about Crews’ pre-employment arrests.

According to district personnel records, when Monica Nicole Crews applied for a job as a Hillsborough school bus driver in the Fall she admitted to an arrest back in 2010 for pot possession. Crews insisted it stemmed from a misunderstanding while she was a bartender at a bar raided by “ATF” for operating without a liquor license.

Crews said patrons threw down their drugs and she ended up prosecuted for someone else’s discarded marijuana. She pleaded no contest, the judge withheld a formal conviction.

But Crews neglected to mention on her bus driver application that she’d been arrested two other times in Hillsborough County–once in 2003 for domestic violence and once in 2010 for driving with a suspended or revoked license. Prosecutors later dropped both of those charges, but the school district still requires the reporting of any arrest beyond a “minor” traffic violation.

Beekman characterized the case of Monica Crews as a rare event in the district and insists that nearly all of the district’s 1,000 or so bus drivers are drug-free, dedicated and safe.

“They’re awesome people who take care of our kids,”said Beekman. “So I hope people don’t cast blanket over the rest of the people who are dong an amazing job every day.”

Maybe so, but the story of bus driver Monica Crews’ brushes with drugs still perplexes David Senquiz. “They wouldn’t even let a lot of people get a job as a delivery guy for pizza,” said Senquiz. “Let alone a school bus with children on their hands.”

Beekman insists that even though Crews resigned “for personal reasons” any job she applies for that requires a commercial driver license should bring to light her positive drug screen as a Hillsborough school bus driver.