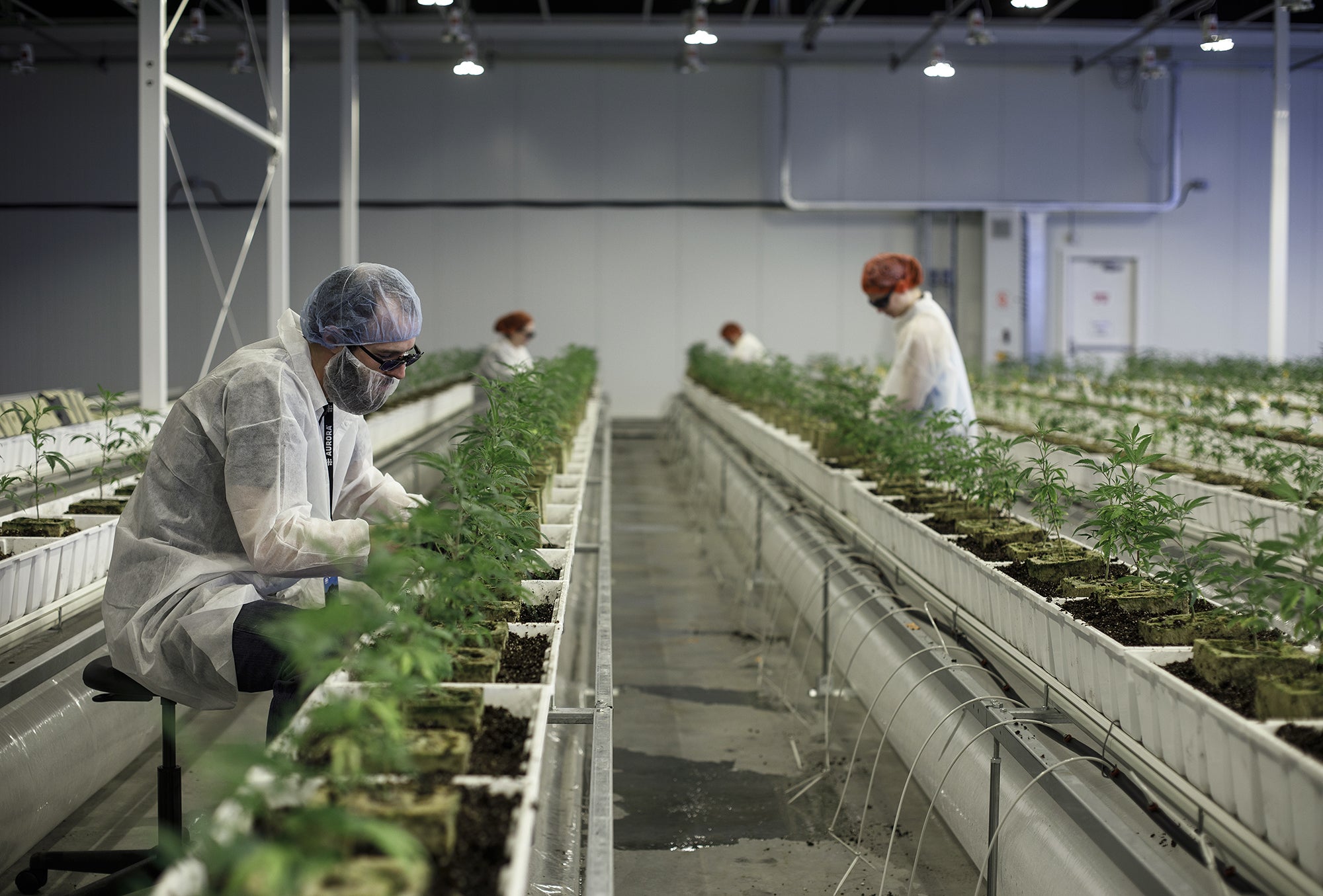 Canopy Growth surged 10% and Aurora Cannabis jumped 20% after both reported higher-than-forecast sales and narrowing losses. Tilray, which will report its results after the closing bell Monday, was also up 10%.

Other cannabis stocks rallying Monday include global cannabis leader Curaleaf, Aphria and Cronos, which has a big investment from tobacco giant and Marlboro owner Altria.

Industry executives are clearly happy about the election outcomes at both the federal and state levels. The chief executive officer of Canopy, which has the financial backing of Corona owner Constellation Brands, was particularly upbeat about what the changes in the political landscape might mean for the industry.

“We believe the Biden win is an important step on the path to federal permissibility of cannabis in the U.S. market through decriminalization and descheduling,” said Canopy CEO David Klein on a conference call with analysts.

“The results of the ballot initiatives clearly showcase that support for adult-use marijuana legalization extends across geographic and party lines and is supported by a majority of Americans. Legal marijuana is becoming the American norm,” he added. “This will likely increase pressure on Congress to pass major federal marijuana reform in the very near future.”

Aurora CEO Miguel Martin also sounded optimistic about the possibility of more federal law changes in the US.

“The Biden-Harris position is clear…I think it’s going to have to be a little more articulated on what the timing is,” Martin said, noting that likely runoff elections to decide the race for both Senate seats in Georgia, which could determine which party has control, will have a big impact on what happens next at the federal level.

But Martin noted that the positive state legalization news adds to growing expectations that the US will join other nations that have recently decriminalized cannabis.

“What we see both in the US and globally is an increasing sort of openness towards THC-bearing cannabinoids and that bodes well for a company like Aurora,” Martin said.

The cannabis leaders are also hoping to launch more products in the US that do not contain THC, the psychoactive component of cannabis.

Canopy, for example, unveiled a new line of beverages in Canada last week that contain cannabidiol (CBD), a part of the hemp plant that does not produce a high. The brand, dubbed Quatreau, could be introduced in several US states in 2021, the company said.