Coke is giving one of its most popular drinks a makeover 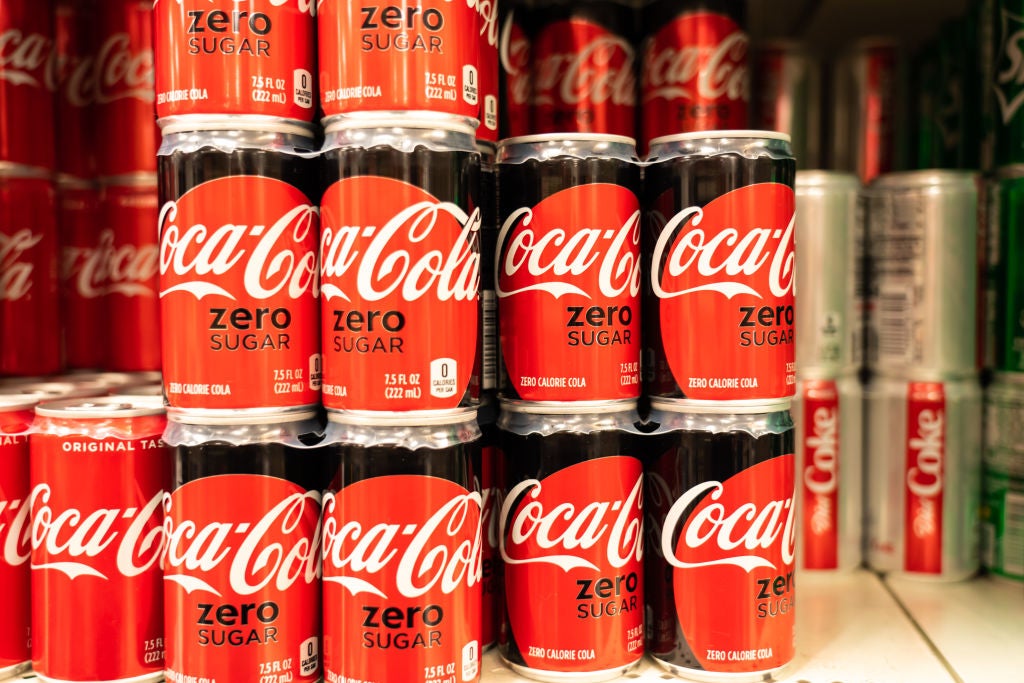 (CNN) — If you’re a big fan of Coca-Cola Zero Sugar, you may want to brace yourself: The recipe for your beloved drink is changing.

Coca-Cola said Tuesday that it is tweaking the beverage in an effort to make the drink taste more like regular Coke. The product’s can will also look different — all red, rather than red and black.

The move comes as Coca-Cola focuses its resources on its trademark products, including Coke, Coke Zero Sugar and Diet Coke after discontinuing some struggling brands. The company hopes the updated version of Coke Zero Sugar will attract more consumers.

“Despite its enormous success, Coca-Cola Zero Sugar still represents a relatively small percentage,” of the Coke brand, said CEO James Quincey during an April analyst call discussing first quarter results. “The improved recipe brings its taste even closer to that [of] the iconic Coca-Cola,” he said, adding that “this was influenced by consumer insight and our focus on constant improvement.”

The new version, which will replace the current one, is rolling out in the United States this month and will hit Canada in September. Coca-Cola has already updated the product in some international markets, where some customers wonder why Coke is messing with their beloved drink.

“What have you done to my favourite drink coke zero sugar?” one despondent fan tweeted. “The new recipe is shocking. I won’t be buying another can until you fix your mistake and bring back the old flavour.” Another wrote that the new version helped break an addiction to the product because “the new taste is so bad.”

Coke did not say exactly how it was changing the recipe in the United States, but noted that the new version should taste “more refreshing and delicious.”Diehard fans may notice a big difference, but to this reporter, the two US versions tasted similar — with the new iteration slightly sweeter and fuller than the old. In the United States and Canada, both the old and new versions use the same ingredients, aspartame and acesulfame K, to sweeten the product. Different sweeteners are used in other markets throughout the world.

Social media critics aside, the company is confident people will love the new product. “We pre-tested both the new recipe and the new look, with current Coca-Cola Zero Sugar consumers and non-consumers,” said Rafael Prandini, category lead of Coca-Cola Trademark in North America. “And they really love it.” The results the company has seen from these launches are “very encouraging,” he said.

Coca-Cola first launched Coke Zero in 2005. In 2017, it tweaked the product’s recipe and rebranded it as Coca-Cola Zero Sugar. At the time, the change was also upsetting to some drinkers. One Twitter user begged Coca-Cola to “bring back Coke Zero,” adding “#CokeZeroSugar is gross.” Another called the new iteration “awful.”

Ultimately, however, it seems customers have embraced the beverage. In 2020, the product grew 4% by volume, helping lead to growth in the Coke brand overall. And in the first quarter of 2021, Coca-Cola Zero Sugar grew 8% by volume.

All Indiana Bets / 56 mins ago