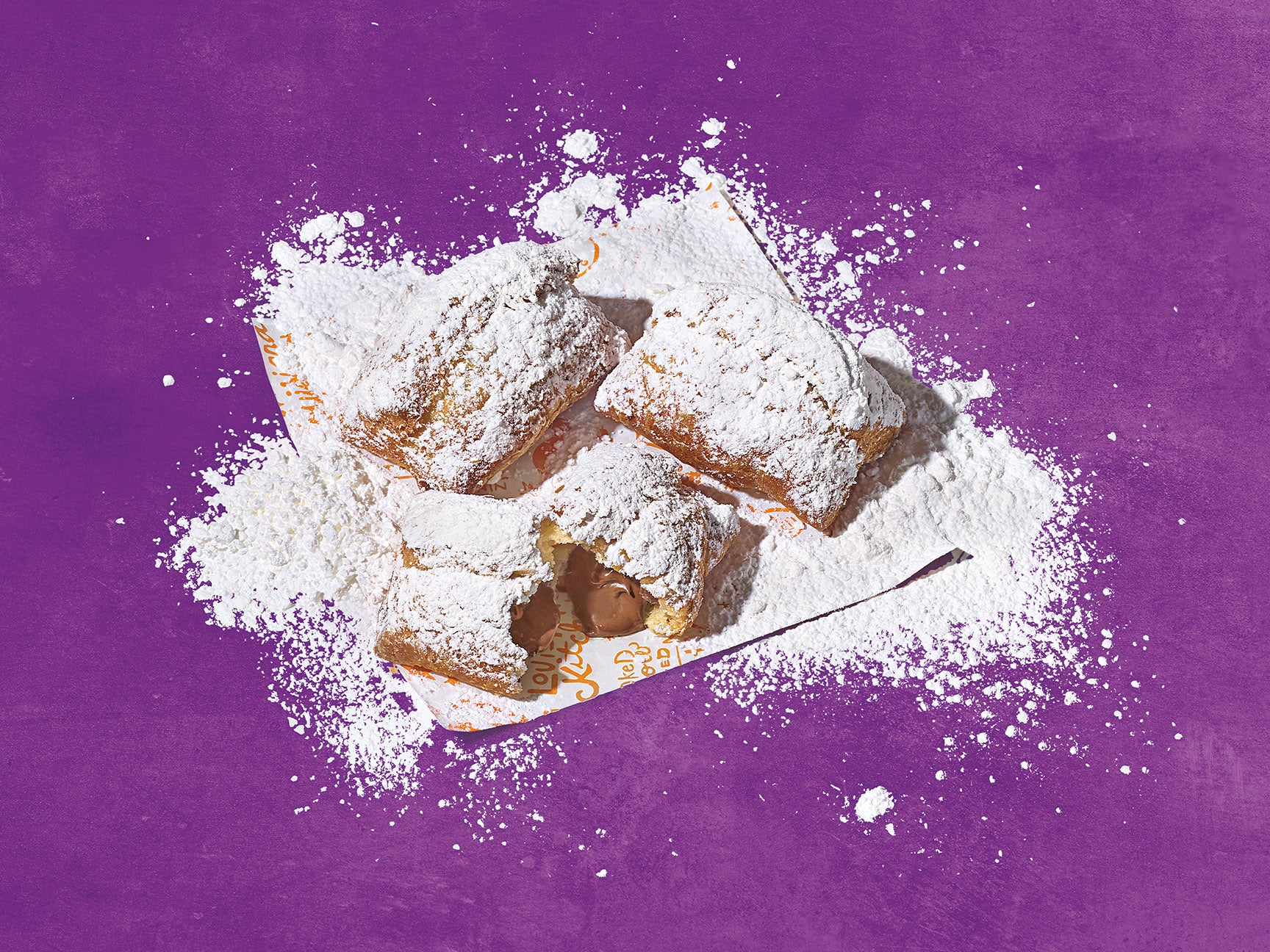 (CNN) — Popeyes restaurants across the nation are adding chocolate beignets to their menus on Monday.

The fried chicken chain says its new “New Orleans-style” fried pastries, which are stuffed with melted Hershey’s chocolate and doused in powdered sugar, will be available while supplies last. The company says the desserts received strong reviews in October when they were market tested in Boston and Baltimore.

This week, Popeyes is making its beignets available nationwide. Customers can purchase three, six, or 12 beignets for $1.99, $3.99 and $7.49, respectively.

Eating beignets can be adeliciously “messy” experience, according to Popeyes, so the company is also selling $35 “Beignet Camo” black hoodies decorated with white splotches that look like splashes of powdered sugar. Popeyes posted a 30-second ad promoting its chocolate beignets on YouTube Thursday.

The chicken chain’s sales figures have been a bright spot this year for parent company Restaurant Brands International, whose portfolio of fast food chains has struggled due to Covid-19-related closures, according to RBI’s latest earnings report.

Those declines were partially offset by an increase in system-wide sales at Popeyes, which has been riding high since the August 2019 launch of its popular chicken sandwich. Popeyes year-over-year sales surged by about 42% to $1.3 billion during the last three months of 2019 thanks largely to the chicken sandwich, which went viral on social media and sparked a chicken sandwich war with rival fast food chains.

RBI is still revamping drive-thrus at 10,000 Burger King and Tim Hortons locations in the United States and Canada. In October 2019, the conglomerate announced plans to install more than 40,000 digital menu screens offering contactless payment methods to speed up and improve the drive-thru experience at those restaurants.

Most of the upgrades at its drive-thru locationsshould be completed by the end of 2021, RBI’s latest earnings report said.