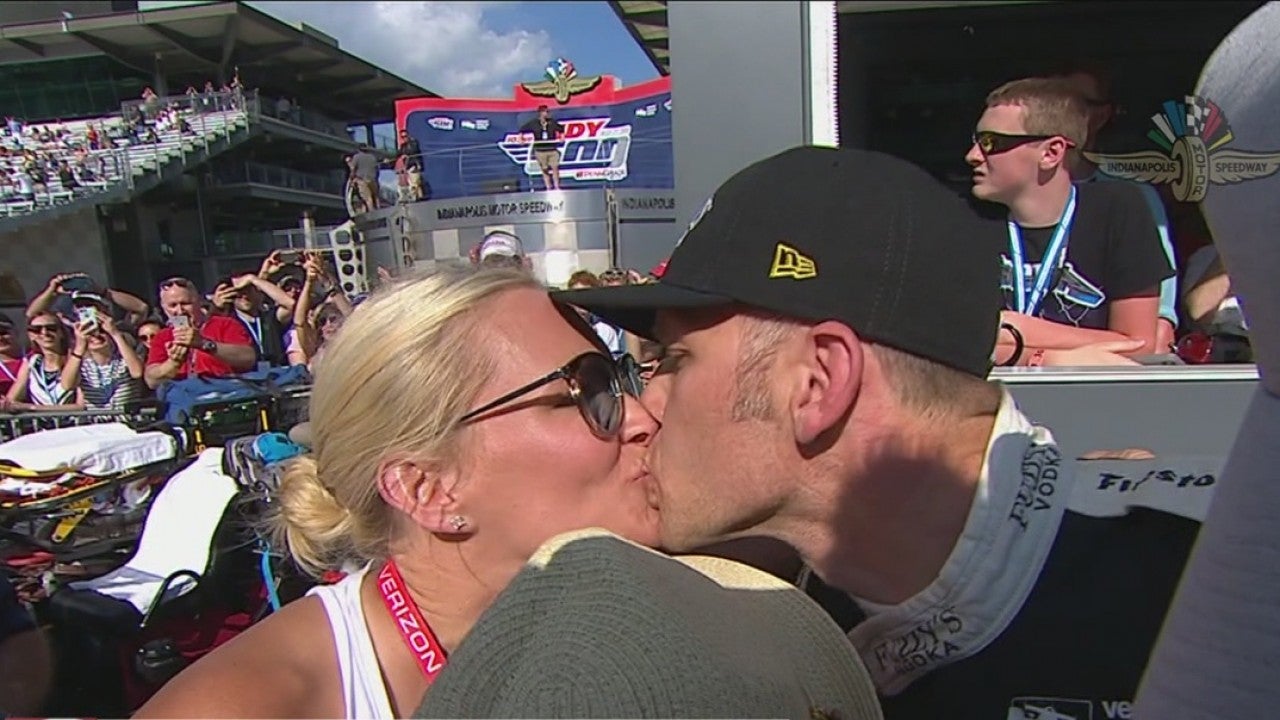 The owner-driver hopes it leads to an even bigger celebration next week at his home track.

Carpenter blew past three Penske drivers on the second-to-last run in qualifying, claiming his third Indianapolis 500 pole with a four-lap average of 229.618 mph. Simon Pagenaud was second at 228.761. Now, he’s looking for the one thing that has eluded him: A trip to victory lane at the track run by his stepfather’s family.

“How about Ed? That’s awesome. He deserves it,” Danica Patrick said after watching her teammate’s run.

WISH-TV’s Charlie Clifford had a chance to talk with Carpenter — and his three kids — about the win and what next week holds:

Carpenter might not have been the biggest name or the best story around Indianapolis Motor Speedway this weekend.

Patrick qualified seventh for her first IndyCar start since 2011 and will start on the inside of Row 3 for the last start of her career with a 228.090. Three-time Indianapolis 500 winner Helio Castroneves will chase a record-tying victory from the middle of Row 3 after going 227.859 on the final run of the day.

And it looked for a while like Roger Penske’s powerhouse team would sweep the front row with Simon Pagenaud, Will Power and Josef Newgarden — all series champions — in the top three spots.

Carpenter was the only driver to top 230 on a lap and the only one to top 229 on all four.

“Second place is first loser, I guess,” Pagenaud joked after holding the top starting spot for just a few minutes.

The drama that evoked so much intrigue Saturday when James Hinchcliffe and Pippa Mann were left out of next Sunday’s 33-car field was missing on the final qualifying day. There was no immediate word on whether either could find a ride for the race after IndyCar president of competition and operations Jay Frye ruled out expanding the field.

On Sunday, qualifying went pretty much according to script — until Castroneves came up well short of winning his fifth career Indy pole.

Now the focus turns to race day, the grand finale of Patrick’s farewell double, Castroneves’ continual quest for win No. 4 on Indianapolis’ historic 2.5-mile oval and whether Carpenter can kick off a family celebration with a swig of milk.

“When I was sitting in the car and I heard the 230, I asked the guys do we have enough gear to do that?” Castroneves said. “They said ‘Well, with a little help from the wind we could.'”