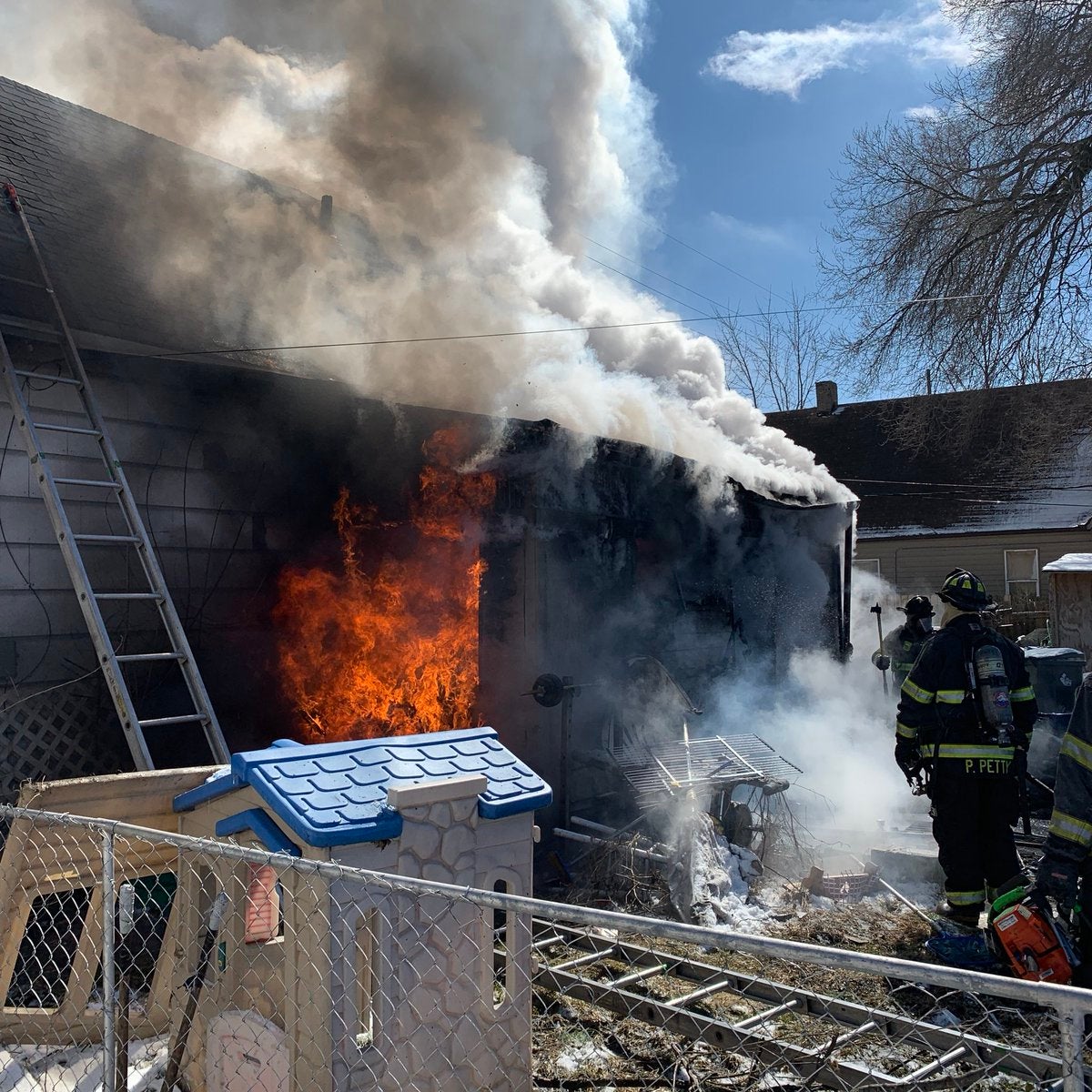 ​INDIANAPOLIS (WISH) — A house suffered significant damage Monday afternoon when a fight between a cat and a dog knocked over a space heater and caught blankets on fire, Indianapolis Fire Department said.

Firefighters were sent at 12:10 p.m. to the home in the 1000 block of South Keystone. That’s near the intersection with Prospect Street.

Erroll Wheeler, 29, and Angela Noble, 19, shared the house with a dog named Chance and four cats. Wheeler said Chance and a cat named Norman were fighting on the rear porch. Wheeler told authorities by the time he got himself, Noble and the pets evacuated, the back porch was engulfed in flames.

Multiple callers to 911 reported heavy smoke and visible flames from the rear of the home, which is owned by Delbert Sneed. The house did not have working smoke alarms.

Battalion Chief Howard Stahl estimated damage to the house at $60,000.

Indianapolis Fire Department and American Red Cross were helping to find shelter for the family.