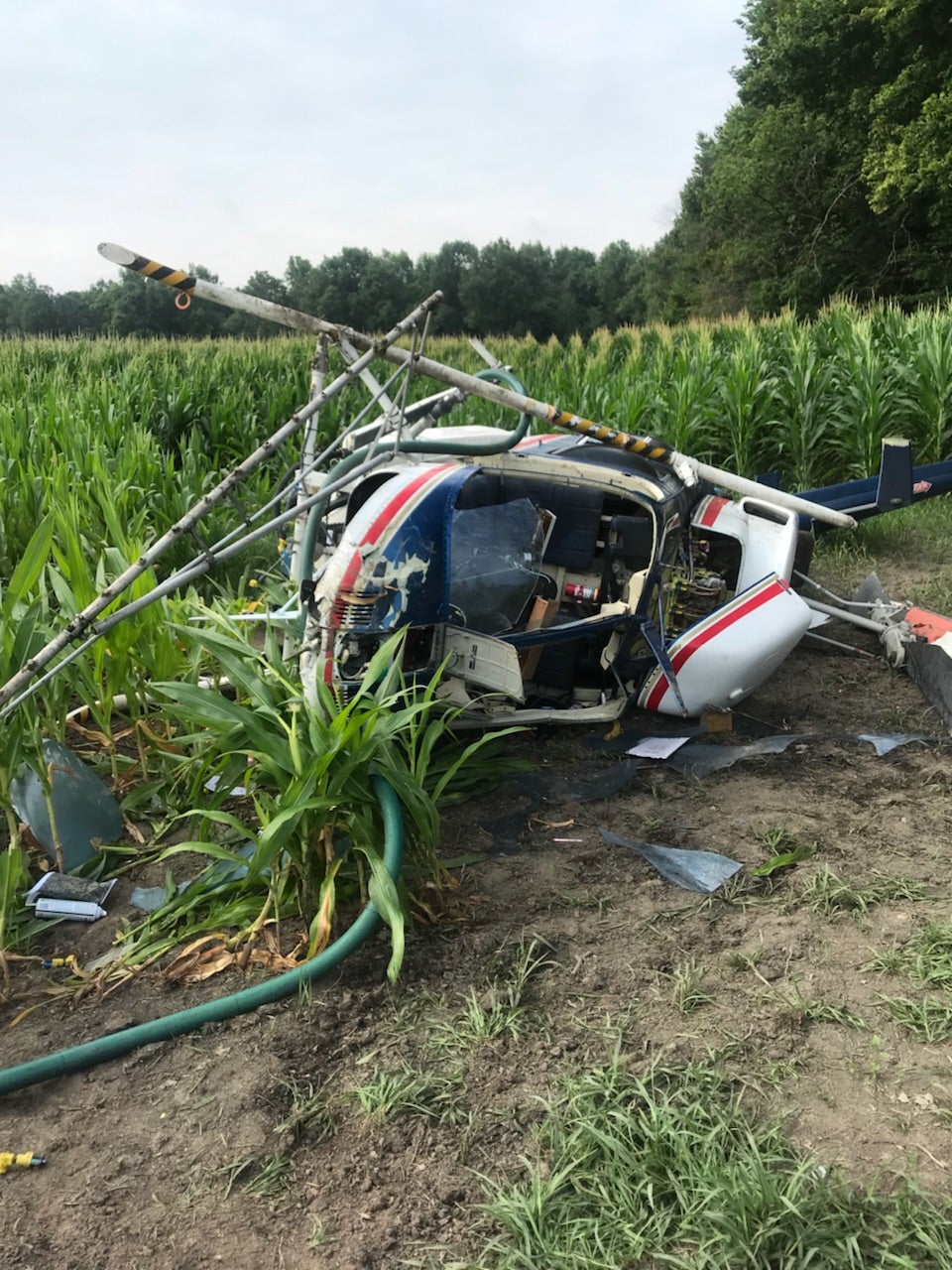 INDIANAPOLIS (WISH) –Deputies with the Henry County Sheriff’s Department on Monday morning  responded to a helicopter crash near New Castle after receiving reports of a helicopter that had just
crashed and was laying on its side.

Investigators say the pilot, Lonnie G Jensen of Lufkin, TX., was attempting to take off from atop a fuel/chemical tanker truck when he realized that the tanker’s chemical hose was not disconnected from the helicopter.

it was at that point that the hose then broke loose from the truck and became entangled in the tail rotor, causing the helicopter to spin in a circular motion. A witness to the crash tells investigators that Jensen was able to set the helicopter down on its landing skids but the motion of the helicopter caused it over onto turn on its side. The pilot was not injured and he refused medical treatment at the scene.

The helicopter, seen in the attached photo is described as a 1981 Bell Helicopter Textron, Model 206L-1

The NTSB and the FAA have been contacted and an official investigation is pending.