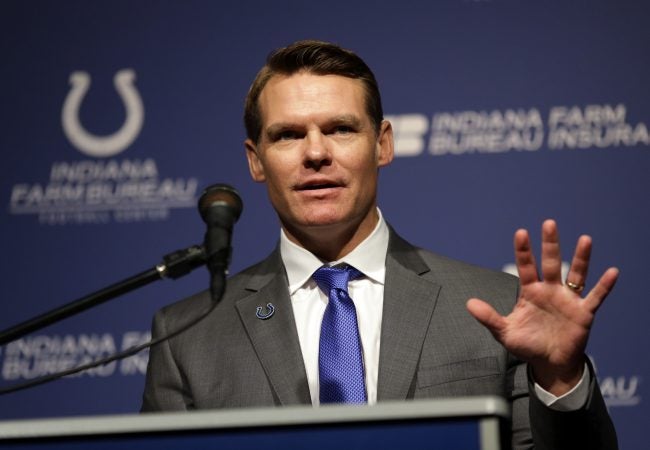 The fans also said a major quality they like about Ballard is the support he’s expressed for Head Coach Chuck Pagano.

“I hope Pagano stays, I hope he keeps him, and I hope he stays and I hope we have a winning record from here on out,” Karus said.

It also doesn’t seem to worry the fans that this will be Ballard’s first GM gig.

“It doesn’t worry me, I think they’ll work together and I’m really positive about it,” Waechter said.

“It’ll be a learning process for I guess everybody,” Karus said.

Fans liked Ballard’s background as both Director of Player Personnel and Football Operations for the Chiefs.

“He’s pretty grounded pretty realistic so I think it’s going to add some change to our organization, I pray that it does, and so do a lot of other Colts fans,” Walker said.

In his first press conference Monday afternoon, Ballard told reporters he chose the job for both the team and the city.

He said he’s looking forward to raising his five children in Indianapolis.

That also doesn’t surprise any Colts fans who hope that means he’ll be a good fit.