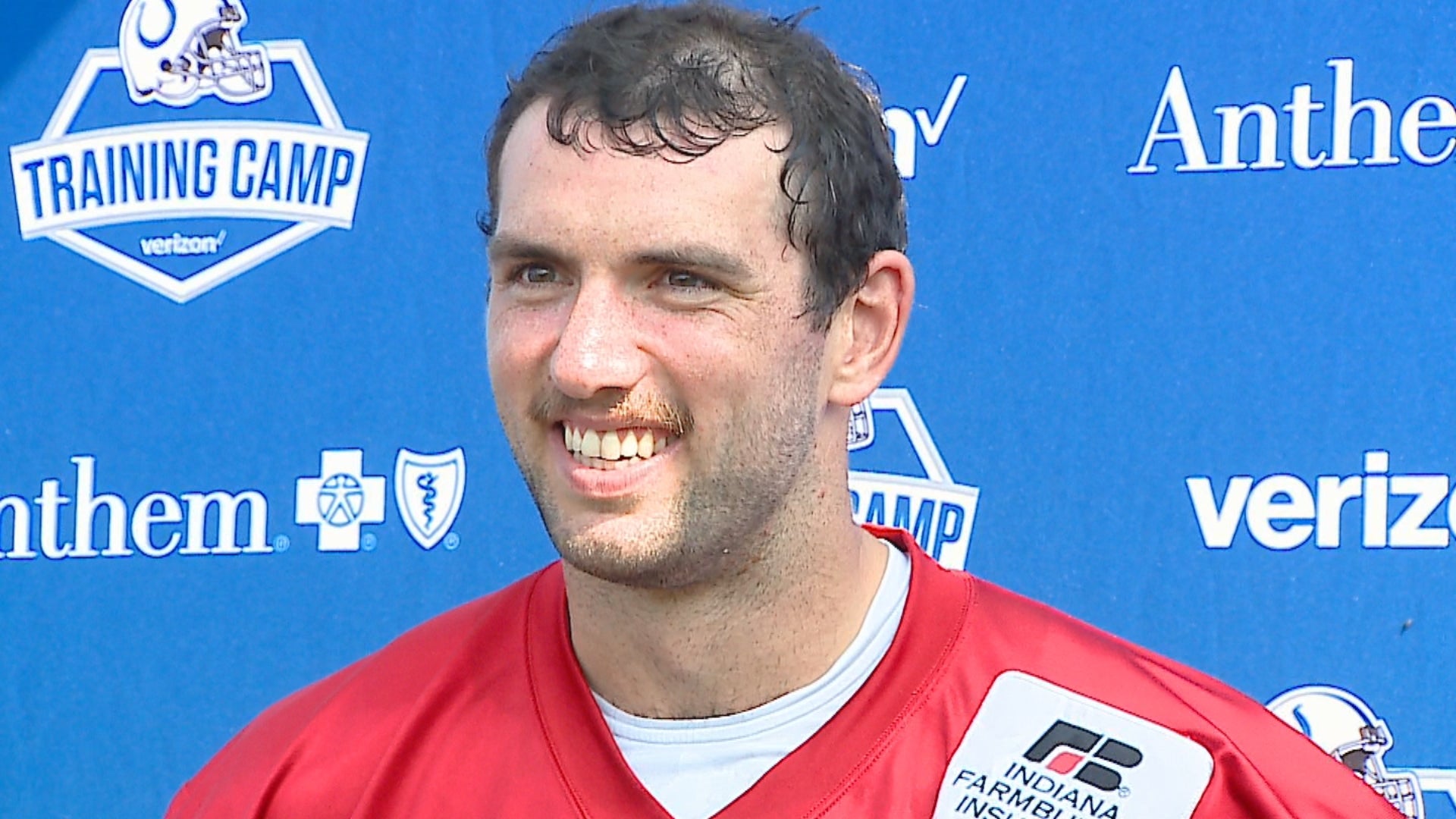 WESTFIELD, Ind. (WISH) – Monday marks the final week of training camp for the Colts, and the team still seems to have enough energy to keep going.

“Everyday is a grind at practice and being in pads is tough, but it’s just about getting better…. You don’t want to let the guy next to you down,” said Colts center Ryan Kelly.

As the players continue to get through the dog days of training camp, Andrew Luck sparked quite the ruckus on the Internet this weekend. The quarterback shaved his signature neck beard in place of a mustache. As you can imagine his teammates and and coaches definitely have an opinion about it.

Kelly said of Luck’s mustache, “His is superb, it’s incredible, but I feel like this happens about once a year where he brings it back out and everybody’s just like, I guess, there’s just a lot of eyes on him right now, so everybody’s like ‘What the heck?’ But it’s incredible. I wish I could grow one myself, but I’ve got this trash thing growing right now.”

Coach Frank Reich said, “I did see a little bit of the blurbs about the mustache. Just as long as he can still throw it the way he’s throwing it, I’m happy with whatever facial hair he’s good with.”

Luck said, “I just got tired of the beard. I know Nicole my girlfriend cares, she doesn’t like it, but it’s camp so I’m not at home.”

Former Indianapolis 500 winner Alexander Rossi played reporter after practice and asked Luck if he sought inspiration from a character in the movie “Napoleon Dynamite.”

Luck responded, “Yeah, Alexander Rossi, you had enough fuel to get here today? That was a bad joke, I’m really sorry.”

Bad jokes aside, it appeared Luck will be shaving that mustache for later.