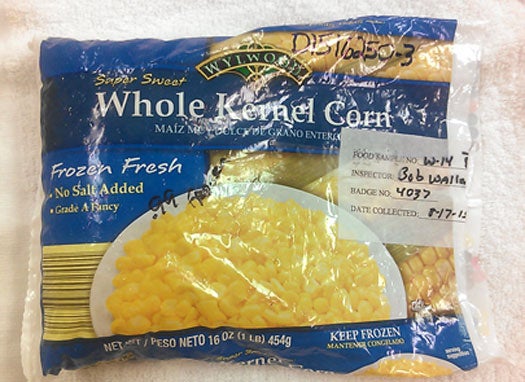 INDIANAPOLIS (WISH) – Corn in Indiana has been recalled over concerns it could be contaminated with listeria, a bacteria that could make people sick.

The company Bonduelle USA has recalled frozen corn that was distributed to Indiana and 13 other states.

Affected products and codes, according to the FDA, are:

Nobody has reported illness in connection to the corn, but a test of the corn in Tennessee revealed the presence of listeria.

Anyone who purchased the corn should throw it away. Anyone who wants a refund or has questions can call the company at 877-990-2662 between 9 a.m. and 4 p.m. Monday to Friday.