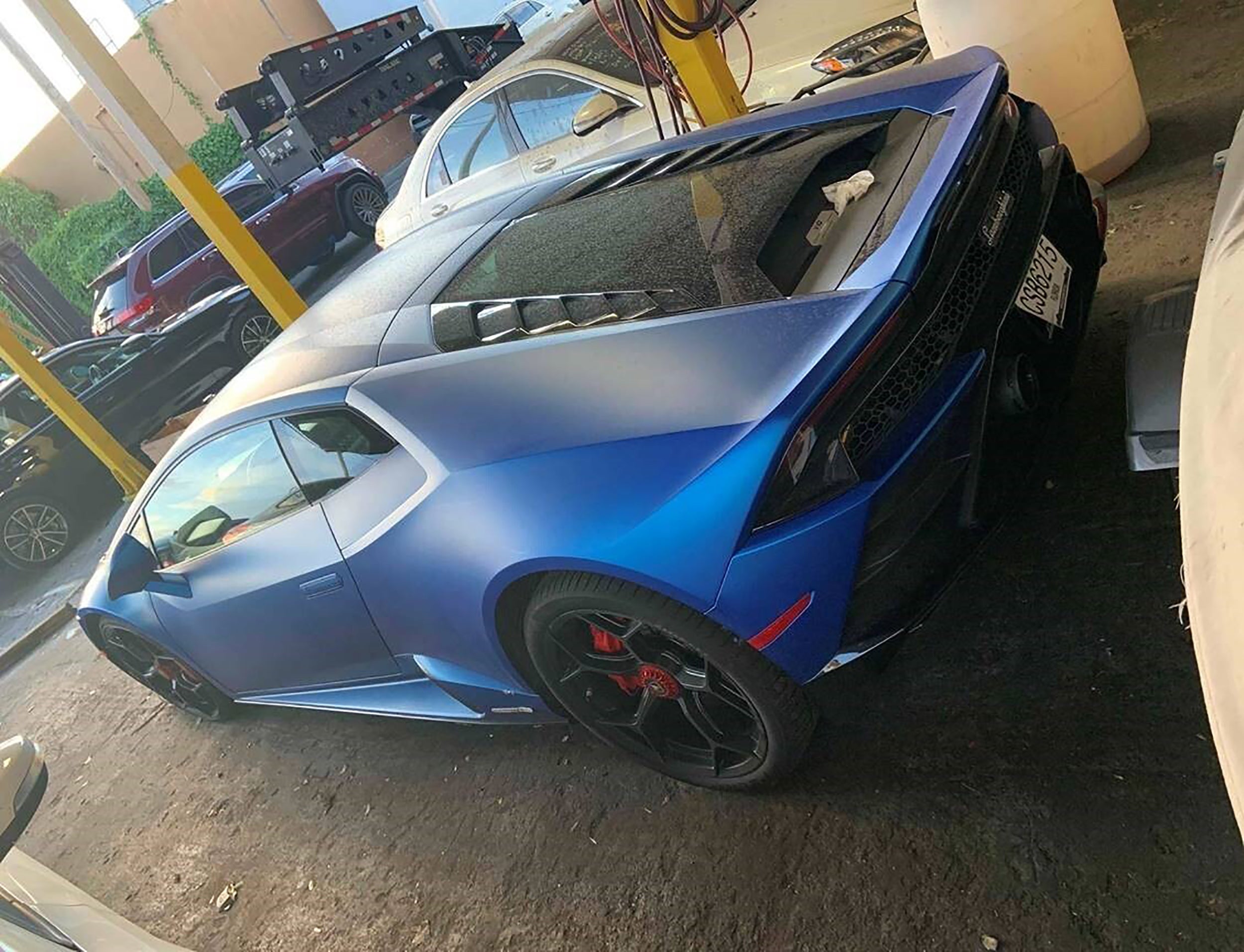 (CNN) — A man in Miami has been charged with bank fraud for allegedly lying on PPP loan applications and spending the money on luxury items, including a Lamborghini Huracán EVO, federal authorities say.

Funds from the $521 billion Paycheck Protection Program are destined for small businesses so that they’re able to keep workers on payroll throughout the coronavirus pandemic.

David Tyler Hines, 29, not only filed fraudulent PPP applications, but also spent the money on a $318,497.53 Lamborghini Huracán EVO and other “luxury and personal items,” including nearly $5,000 at Saks Fifth Avenue, more than $11,000 at two Miami-area hotels and a $8,530 purchase at Graff Diamonds, investigators say.

“There does not appear to be any business purpose for most, if not all, of these expenses,” the criminal complaint reads.

CNN obtained a photo of a blue Lamborghini through a law enforcement source, which they say is the one Hines purchased.

“Those purported employees either did not exist or earned a fraction of what Hines claimed,” U.S. Postal Inspector Bryan Masmela wrote in the complaint.

The charging document went on to note that customers have claimed on the Better Business Bureau website that two of Hines’ companies used, “bait-and-switch practices and other deceitful activities.”

Also, one of those companies had not filed its mandatory annual report with Florida’s Department of State in two years.

“David is a legitimate business owner who, like millions of Americans, suffered financially during the pandemic,” Hines attorney Chad Piotrowski told CNN in a statement. “While the allegations appear very serious, especially in light of the pandemic, David is anxious to tell his side of the story when the time comes.”

Last week, CNN affiliate WSVN says they were recording when Hines was fined $100 for not wearing a mask in Miami.

During an interview with Hines, he complained to WSVN that the majority of PPP funds were going to big businesses.