US hiring slows as delta variant weakens travel and tourism 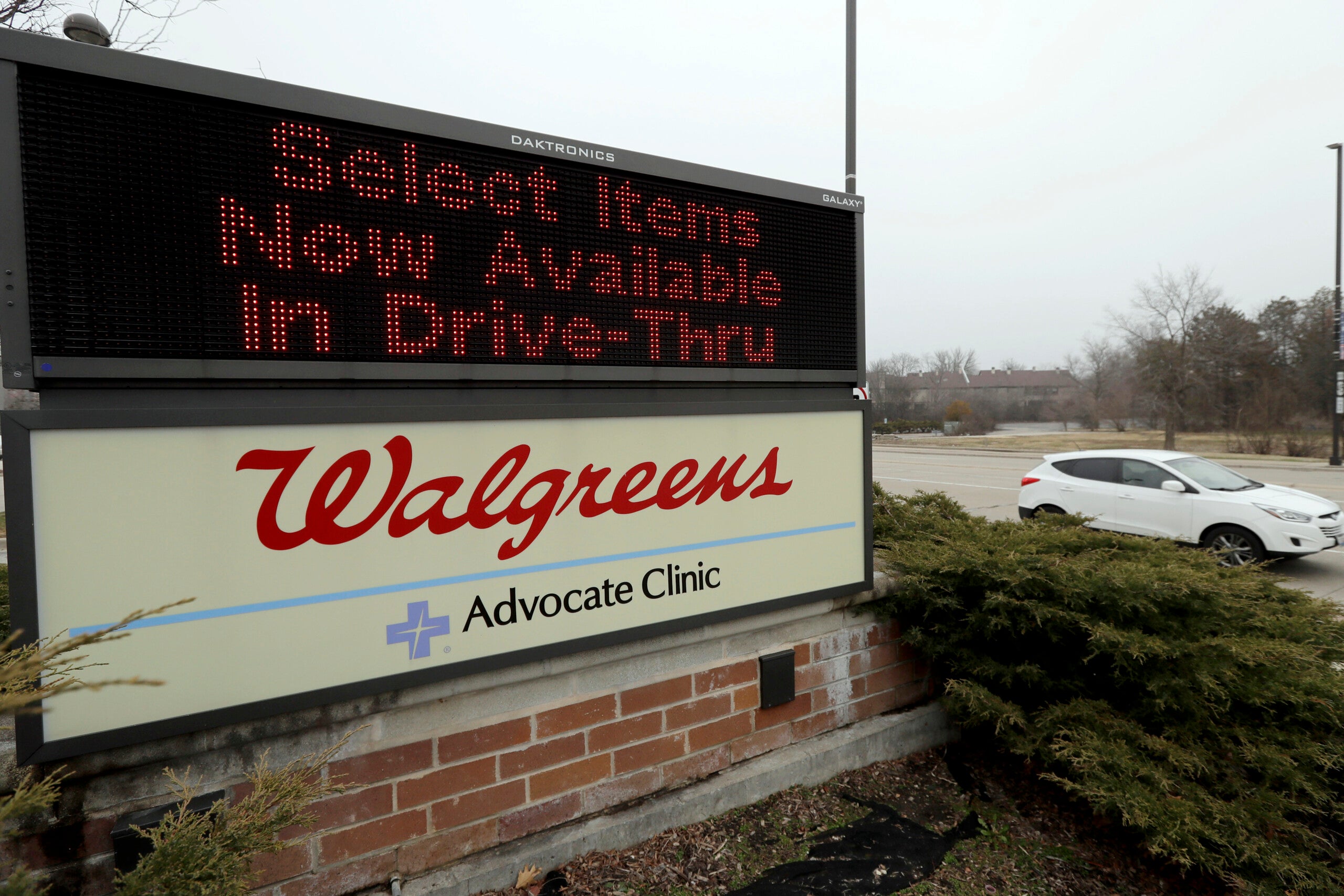 FILE - In this March 27, 2020, file photo, a Walgreens sign is displayed outside the store in Wheeling, Ill. Walgreens will hike starting pay to $15 an hour beginning in October, as employers across the United States continue boosting wages to attract workers. The drugstore chain said Tuesday, Aug. 31, 202, that the wage hike will take effect in phases and be completed by November 2022. (AP Photo/Nam Y. Huh, File)
by: By CHRISTOPHER RUGABER AP Economics Writer
Posted: Sep 3, 2021 / 11:28 AM EST / Updated: Sep 3, 2021 / 11:30 AM EST

WASHINGTON (AP) — America’s employers added just 235,000 jobs in August, a surprisingly weak gain after two months of robust hiring and the clearest sign to date that the delta variant’s spread has discouraged some people from flying, shopping and eating out.

The August job growth the government reported Friday fell far short of the sizable gains of roughly 1 million in each of the previous two months. The hiring jumps in June and July had followed widespread vaccinations that allowed the economy to fully reopen from pandemic restrictions. Now, with Americans buying fewer plane tickets, reducing hotel stays and filling fewer entertainment venues, some employers in those areas have slowed their hiring.

Still, the number of job openings remains at record levels, with many employers still eager for workers, and overall hiring is expected to stay solid in the coming months. Even with August’s tepid job gain, the unemployment rate dropped to 5.2% from 5.4% in July. With many consumers still willing to spend and companies to hire, the overall U.S. economy still looks healthy.

The details in Friday’s jobs report showed, though, how the delta variant held back job growth last month. The sectors of the economy where hiring was weakest were mainly those that require face-to-face contact with the public. More Americans said they were unable to work in August because their employer closed or lost business to the pandemic than said so in July.

“The delta variant has taken a bigger toll on the job market than many of us had hoped,” said Sarah House, a senior economist at Wells Fargo. “It’s going to take workers longer to come back to the labor market than we expected.”

A few months ago, many economists, as well as officials at the White House and Federal Reserve, had expected a fading pandemic to encourage more people to resume their job searches. Worries about getting sick on the job would fade, they hoped. And as schools reopened, more parents, particularly women, would return to the workforce.

So far, that hasn’t happened. As a consequence, many economists now predict that the Fed will delay an announcement that it will begin withdrawing the extraordinary support for the economy it unleashed after the pandemic erupted in March of last year.

The August jobs report “slams the door” on the prospect of the Fed announcing a pullback when it meets later this month, said House, the Wells Fargo economist. Fed Chair Jerome Powell made clear last week that the central bank would begin to reverse its ultra-low-rate policies later this year if the economy continued to improve.

Hiring in a category that includes restaurants, bars and hotels sank to zero in August after those sectors had added roughly 400,000 jobs in both June and July. Restaurant dining, after having fully recovered in late June, has declined to about 9% below pre-pandemic levels, according to reservations website OpenTable.

Some live shows, including the remaining concerts on country star Garth Brooks’ tour, for example, have been canceled. Businesses are delaying their returns to offices, threatening the survival of some downtown restaurants, coffee shops and dry cleaners.

Government employers shed 8,000 jobs, mostly because of a sharp declines in local education hiring after strong gains in June and July. That decline occurred mostly because the pandemic has scrambled normal hiring patterns as schools have closed and then reopened for in-person classes.

Yet many employers are still looking to hire. The job listings website Indeed says the number of available jobs grew in August, led by such sectors as information technology and finance, in which many employees can work from home. And the National Federation for Independent Business said Thursday that its surveys show that half of small businesses have jobs they cannot fill.

Walmart announced this week that it will hire 20,000 people to expand its supply chain and online shopping operations, including jobs for order fillers, drivers, and managers. Amazon said Wednesday that it is looking to fill 40,000 jobs in the U.S., mostly technology and hourly positions.

And Fidelity Investments said Tuesday that it is adding 9,000 more jobs, including in customer service and IT.

The difficulty in filling jobs is forcing more companies to offer higher pay. Hourly wages rose a robust 4.3% in August compared with a year earlier. Walmart, for one, said it was giving over 500,000 of its store employees a $1 an hour raise.

Governors in about 25 states, nearly all led by Republican governors, cut off a $300-a-week in federal supplemental unemployment benefits in June and July because, they said, the extra money was discouraging recipients from looking for work. Yet the proportion of Americans with jobs or searching for one was flat in August, Friday’s report showed, suggesting that the cutoff has had little impact so far.