2 Greenfield students in custody after shooting threat to graduation practice 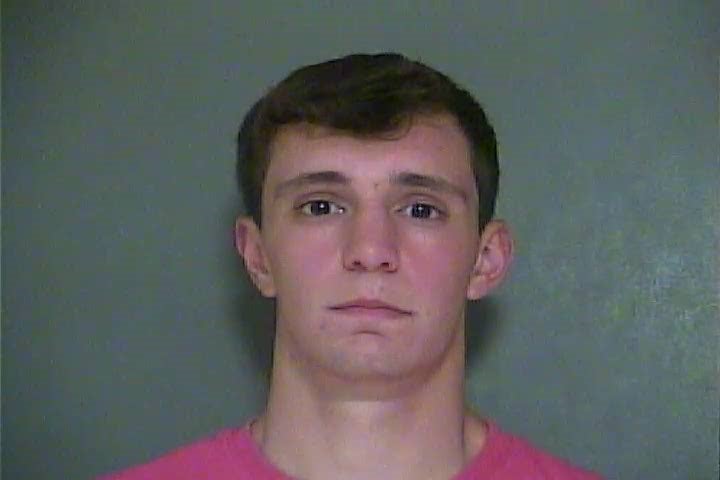 GREENFIELD, Ind. (WISH) – Two Greenfield-Central High School students were in custody Friday after a threat was made to a graduation practice Thursday, police said.

Clayton L. Smith, 18, was in custody without bond at the Hancock County jail. The high school junior was charged with conspiracy to commit intimidation.

Also, a 17-year-old student was detained and likely will be charged as a juvenile unless the Hancock County prosecutor decides to try the student as an adult, said Greenfield Police Department Chief Jeff Rasche in a news conference. (Video of the press conference is at the end of this story.)

According to court documents, Smith and the 17-year-old agreed to communicate a threat of shooting toward the high school with the intent of causing an evacuation during graduation practice.

Smith and the boy also said they had considered their conversation that was overheard at a restaurant to be a “bad joke.”

Commencement will begin at 10 a.m. Saturday in the gymnasium at the high school.

Police learned of the threat from a Facebook message and phone calls Friday.

“My (redacted) said she walked in on two boys at work talking about shooting up the school tomorrow during rehearsal. She said she informed the boys that is not funny because her (redacted) go there. She said they asked what are their names. Obviously not sure if they were joking around but you never know. (Redacted) advised that the males work at Ponderosa and she only knew there (sic) first names. The names were Clayton and (redacted). She knew that (redacted) was a senior at GCHS and Clayton was a junior. The rehearsal for the GCHS Graduation Commencement. It started at 1000 on 06/08/2018.”

Police then contacted the school vice principal, Susan Coleman, and the Ponderosa restaurant, which led them to identify the students.

In interviews with police, the 17-year-old said he and Smith “discussed shooting up the commencement in a joking manner. Smith said he would do it for free because he doesn’t like the seniors anyway.”

The 17-year-old also said he and Smith were “picked on a lot” by other students.

The juvenile also said he indicated he would pay Smith to “shoot up the school but insisted that he was not serious,” court documents said.

In an interview with police, Smith described their discussion “as a ‘bad joke’ and that it was something they would never do,” court documents said. “‘We were making a joke about someone shooting up commencement.'”

Smith said his family did not own guns. The family of the 17-year-old had guns in the home, but they were locked up, police said.

“We want to make sure that everyone knows that it’s going to be a safe environment for the them to be in tomorrow,” Rasche said.

The police chief noted the May 26 Noblesville school shooting — a 13-year-old boy faces juvenile hearings after being accused of shooting a 13-year-old girl and a 29-year-old teacher — and the safety concerns it has generated in central Indiana.

“We are not going to blow this off as a joke, and it sickens me to think that someone may think that talking about conducting a school shooting or violence against anyone, whether it be in school or anyplace else, is going to be looked upon any other way than very seriously. So, we take this very seriously.”

(The following video is from the news conference by Greenfield Police Department. App users click here to watch.)